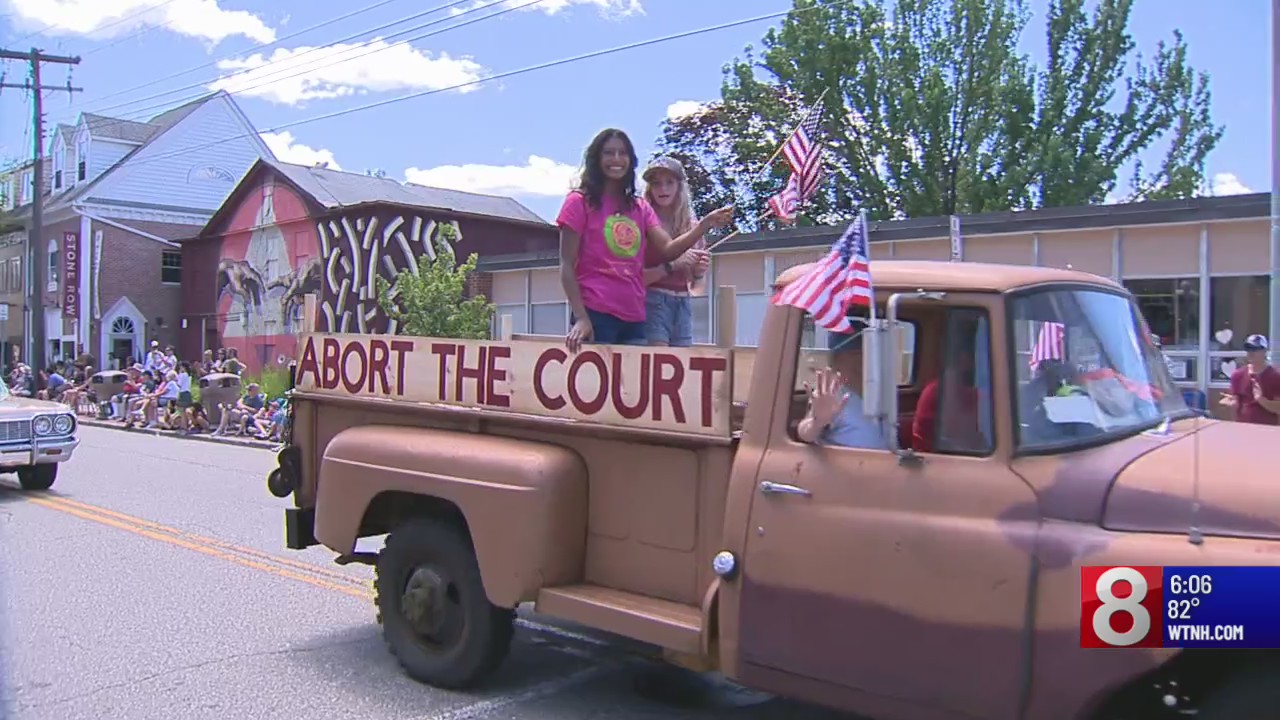 “Women wear red, our faces are red,” said Bev York of “We the People,” a grassroots activist group.

They marched in the parade with purpose, angered by the Supreme Court’s overturning of Roe v. Wade and the federal law allowing a woman’s right to choose an abortion.

“We want our rights preserved, the constitutional rights that we have fought for for a long time,” York said.

Connecticut’s unique People’s Parade allows anyone to walk or enter a float. The only rule: wear red, white and blue and carry a “boom box” tuned to local radio WILI.

Light on the Hill Church is non-denominational. His chariot was concentrating on welcoming neighbors.

The church has no official position on the court’s decision, but the pastor preaches freedom not as a single choice, but as a series of choices.

“You want to make the choices that keep you free. Once you’ve been in bondage, you don’t want to go back,” Heald said.

There are people deeply divided by their beliefs on all sides on this issue.

Although Connecticut law protects a woman’s right to choose, York and her walkers fight for women in states that make abortion more difficult.

“I think we’ll have to find a way to help people who aren’t so protected.”

The Connecticut Catholic Conference didn’t walk away but said it “welcomes this historic reversal,” adding “it will work and pray to become a nation that values ​​all human life.”