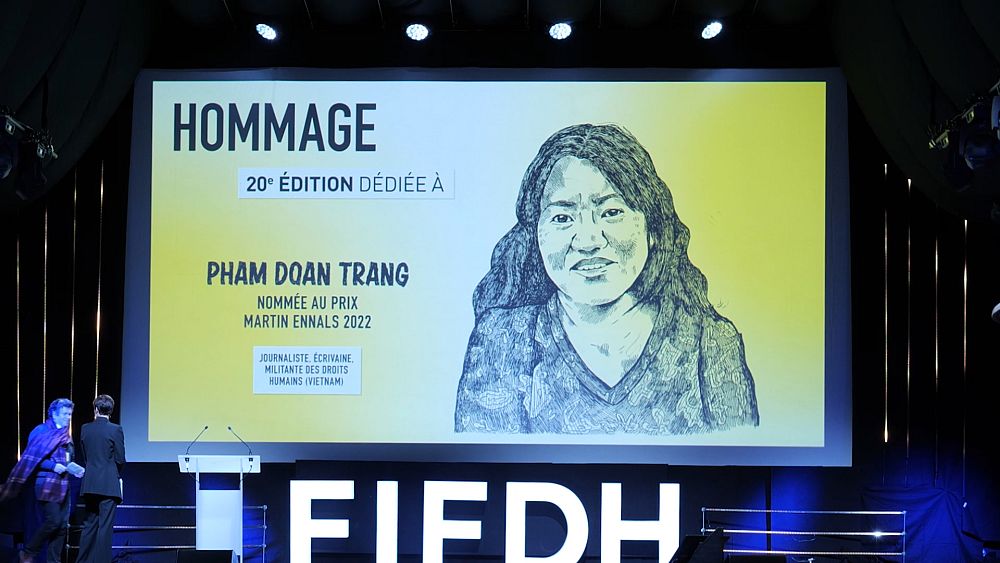 Women’s rights, ecology and torture at the top of the 2022 FIFDH awards

For ten days the International Film Festival and Human Rights Forum brought together artists, activists, journalists and the public in Geneva to film and debate.

The Grand Prize for Fiction was awarded to two films – Fredaby Haitian director Gessica Généus, and Vera dreams of the sea by the Kosovar filmmaker Kaltrina Krasnichi.

Vera dreams of the sea

The latter tells the story of a widow, forced to face a ruthless rural patriarchy to claim an inheritance, for herself, her daughter and her granddaughter.

“You know when you’re making a movie you think of the audience, of course, and then you think of people of a certain generation who resonate with the issues, but then getting a youth award meant a lot to me because it means the story resonates with other generations too.”

The hard-hitting documentary centers on New Delhi’s poorest residents and how they are dying due to pollution and climate change. Often this makes viewing uncomfortable.

“To me, Invisible Demons is like the feeling of being on top of a giant caterpillar called capitalist civilization, and it’s a roller coaster that doesn’t stop. And that comes from the fear of how we are in a position where we feel there’s no other way to go on but this. It’s something endless and relentless,” the film’s director said. Rahul Jain told Euronews.

Mohammadi is currently imprisoned in Iran.

Her friend, Nobel Peace Prize laureate Shirin Ebadi, is the film’s ambassador. Speaking to Euronews, she said: “In my view, this film represents the state’s repression of prisoners of conscience and political prisoners in Iran. But at the same time, he represents resistance, because the repression continues, but the resistance of the people also continues.”

After two digital editions imposed by the pandemic, this year has also been an opportunity for the festival to finally regain some form of normalcy by coming together in person and welcoming live audiences once again.