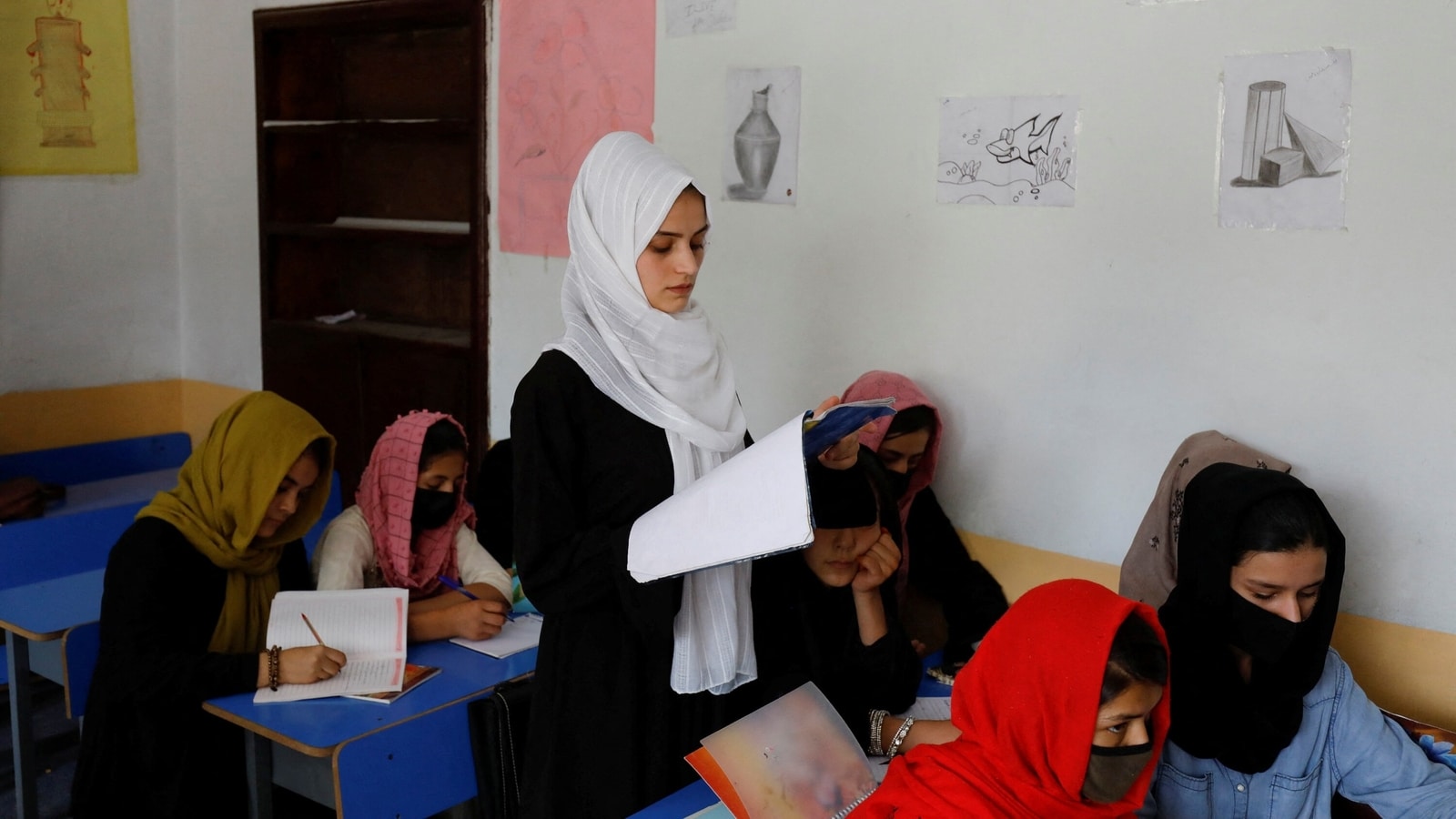 When she landed in Paris on a flight from Kabul in the summer of 2021, Farzana Farazo vowed never to give up her feminist fight for Afghanistan, even from exile.

But a year later, she admits to feeling “depressed”.

Like many militants fleeing Afghanistan, his hopes for the future quickly came up against a process of integration strewn with pitfalls.

AFP journalists met Farazo, a former policewoman, a few days after her arrival in France. At the time, she was motivated by her faith in the fight for Afghan women’s rights.

And she was confident she could persist from afar, having fled for her life after the Taliban’s stunning takeover of Kabul that toppled the country’s Western-backed rulers.

In the 20 years between the two Taliban reigns, girls have been allowed to go to school and women have been able to work in all sectors, although progress in women’s rights in this deeply conservative country has slowed. are largely confined to urban centres.

For Farazo, remaining in Afghanistan meant a double threat to her safety, which put her on an evacuation priority list.

As a police officer, she faced reprisals from Taliban fighters whom the government had long pursued. She is also a member of the Hazara minority, persecuted for being Shia in the Sunni-majority country.

Farazo, who now lives in a charity worker’s home near Paris, said she had lost the energy she felt upon arriving in France. For months, she barely managed to sleep at night, she said.

“Honestly, I haven’t been particularly active,” the 29-year-old said. “Firstly because I don’t speak French well enough, but also because of the different approach to activism. Here, people talk a lot.”

Over the past year, she has taken French lessons, met regularly with a social worker and is now waiting to be approved for a place of her own.

“I encountered a lot of difficulties,” she said.

“When you’re not feeling well, it’s hard to concentrate,” she added. “Like many others, I was independent in Afghanistan. I had a job, I studied. So being without anything in France makes things difficult, and it can tip over into depression.”

The road to integration is a long and difficult process for arriving activists, and one year is simply not enough, said Didier Leschi, head of France’s Immigration and Integration Authority.

“But thanks to their cultural and professional networks, they receive more help than other Afghans who depend solely on the government,” he said.

Mursal Sayas, a journalist and feminist activist, said she was “lucky” when a publisher asked her to write a book about women in Afghanistan.

“We lost everything, our country, our freedom, our achievements,” she said. “We were suddenly thrust into a country where we had to start from scratch.”

But Sayas said she was aware that she and her fellow exiles ‘have freedom of speech and girls do not in Afghanistan’, which she says makes it ‘our duty to keep campaigning’ and to “denounce injustice, inequality, apartheid against women”.

At home in Afghanistan, women staged protests in the first months after the Taliban seized power.

But such gatherings have become rare after scores of protesters were arrested and beaten in jail, according to testimonies collected by Amnesty International.

The women who managed to leave Afghanistan “are a source of positive energy for us,” a woman in Kabul, who asked to remain anonymous, told AFP. “We know they won’t forget the women in Afghanistan.”

Looking back, did Sayas make the right choice by leaving her country?

“Every morning when I wake up I feel the pain of not being with my loved ones,” she replied. “But it would have been worse to be captured by the Taliban and never speak to my sisters again.”

As if it were not enough to be uprooted and face problems of integration, these women also find themselves perceived as having less value in their new country than at home.

“I’m immersed in an identity crisis,” said Rada Akbar, a graphic designer who arrived in France a year ago.

“It’s going to take time to deal with this, I can’t become a new person overnight,” said the 34-year-old, who hopes to shed light on the “invisible losses” of Afghan culture under the Taliban.

The fight continues, even though her dreams have turned into a “nightmare”, she said. Since August 2021, the French government has airlifted 4,340 people from Afghanistan to France, according to Interior Ministry figures.

Evacuations are continuing, “to protect Afghans who are particularly at risk,” a ministry official said.

In total, more than 13,000 Afghans in France – including people who had made their way – applied for asylum in 2021, according to OFPRA.

But NGOs say the lingering bureaucracy makes it difficult not only for individual refugees to travel to France, but also for their families to follow – with perhaps thousands waiting for loved ones to receive French visas.

“It really should be a very simple procedure, but the authorities are very strict about proving a family link and the need for birth certificates, which the Afghan authorities cannot always issue,” said Salomé Cohen, a lawyer. of the Safe. Charity of passage.