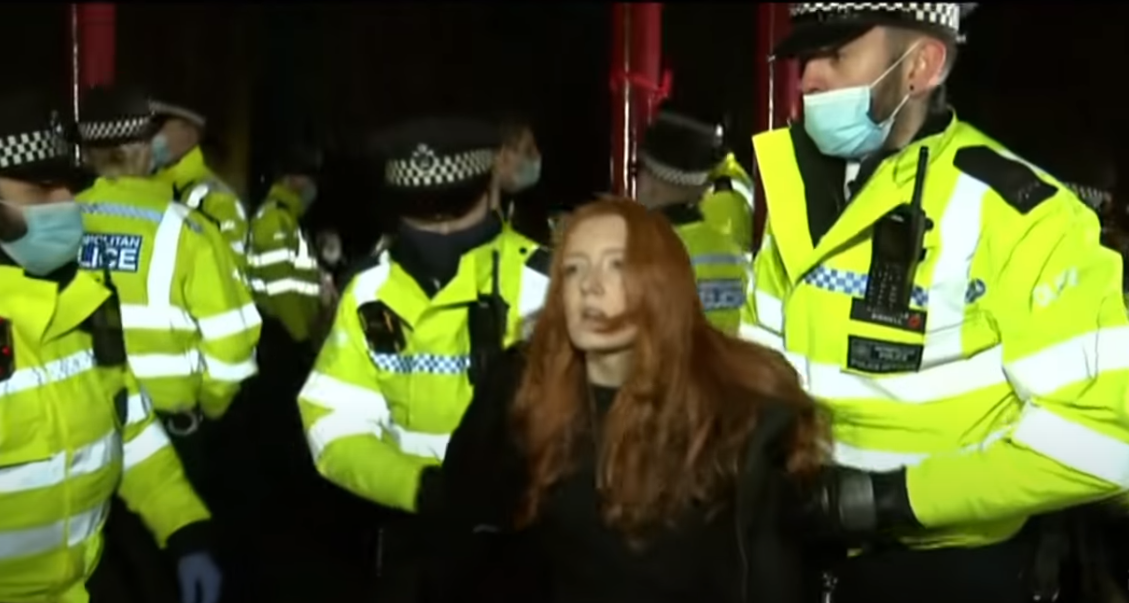 Reclaim These Streets wins a legal challenge against the Metropolitan Police in a decision hailed as a “victory for women”.

Met Police breached the rights of organizers who planned a vigil for the murdered Sarah Everard over their handling of the event – High Court judges have ruled.

The vigil was organized by Reclaim These Streets (RTS), a group committed to protecting the personal safety of women in public spaces. The group says it hails the judges’ decision as a “victory for women”.

RTS says it has approached the Met to offer a socially distanced vigil on Clapham Common for Sarah Everard, 33, who was murdered by Wayne Couzens, a Met serving officer in March last year. The event was also intended as a demonstration against violence against women.

A group of women who founded the RTS and who had planned the vigil, launched a legal action against the police for their handling of Everard’s vigil. After being told they would face fines of £10,000 each and possible prosecution if the event went ahead, the women backed out of organizing the vigil and a spontaneous rally and demonstration ensued. took place instead.

During the two-day hearing in January 2022, Jessica Leigh, Anna Birley, Henna Shah and Jamie Klingler claimed the Met’s decisions regarding the planned vigil amounted to a breach of human rights to freedom of speech. expression and meeting. They argued officers failed to assess the potential risk to public health, at a time when London was on lockdown due to Covid-19 restrictions.

On March 11, Lord Justice Warby and Judge Holgate concluded that the Met’s decisions in the run-up to the event were “not within the law” and ruled in favor of RTS.

In a statement following the judgment, RTS said: “Today’s judgment is a victory for women. Last March, women’s voices were silenced. Today’s judgment conclusively shows that the police were wrong to silence us.

“The decisions and actions of the Met Police in the run-up to the vigil scheduled for Sarah Everard last year were unlawful and the judgment sets a powerful precedent for protest rights.”

Patsy Stevenson, who was arrested at the vigil, described the decision as a “huge victory”, saying: “Women are fighting back now.

“As soon as I found out I burst into tears. It’s a huge win and it just shows we should have been able to do it and the police were wrong. That’s what we said all the time, but no one listened or understood,” Stevenson added.

In a statement released after the decision, the Met Police said they were “considering very carefully” whether to appeal.

In response to the possibility of an appeal, RTS said: “We hope the police will learn some important lessons.

“And if the police appeal this decision, we believe it would further erode the confidence of women in the force.

“Instead of wasting taxpayers’ money on appeals, we hope they invest the funds in measures that tackle misogyny and keep women safe in London.”

A year after the announcement of a controversial police bill

The decision comes a year after the Policing, Crime, Sentencing and Courts Bill was announced on March 9, 2021. Described as “draconian” for its anti-protest measures, the bill has sparked a wave of protests and uprisings, up and down campaigning.

In February this year, peers inflicted a string of defeats on the legislation, which was described by one peer as “the biggest threat to the right to dissent and the right to protest in my entire life”.

The House of Lords rejected controversial moves to create a new offense for ‘lockdown’ tactics, which make it harder to expel protesters from demonstrations. The peers also took steps to allow officers to stop and search people at protests “without suspicion”.

Home Secretary Priti Patel has written to MPs urging them to back the anti-protest legislation, after it was rejected in the House of Lords.

Peers also amended the bill to make misogyny a hate crime, introduced new powers to tackle the problem of sex for hire and created a “duty of candor” for police. However, in her letter to 650 MPs, Patel said she would oppose the changes.

As you are here, we have something to ask you. What we do here to deliver real news is more important than ever. But there’s a problem: we need readers like you to help us survive. We provide progressive and independent media that challenges the hateful rhetoric of the right. Together we can find the stories that get lost.

We are not funded by billionaire donors, but rely on readers contributing whatever they can afford to protect our independence. What we do is not free and we operate with few means. Can you help us by donating as little as £1 a week to help us survive? Whatever you can do, we really appreciate it – and we’ll make sure your money goes as far as it can go to delivering hard-hitting news.