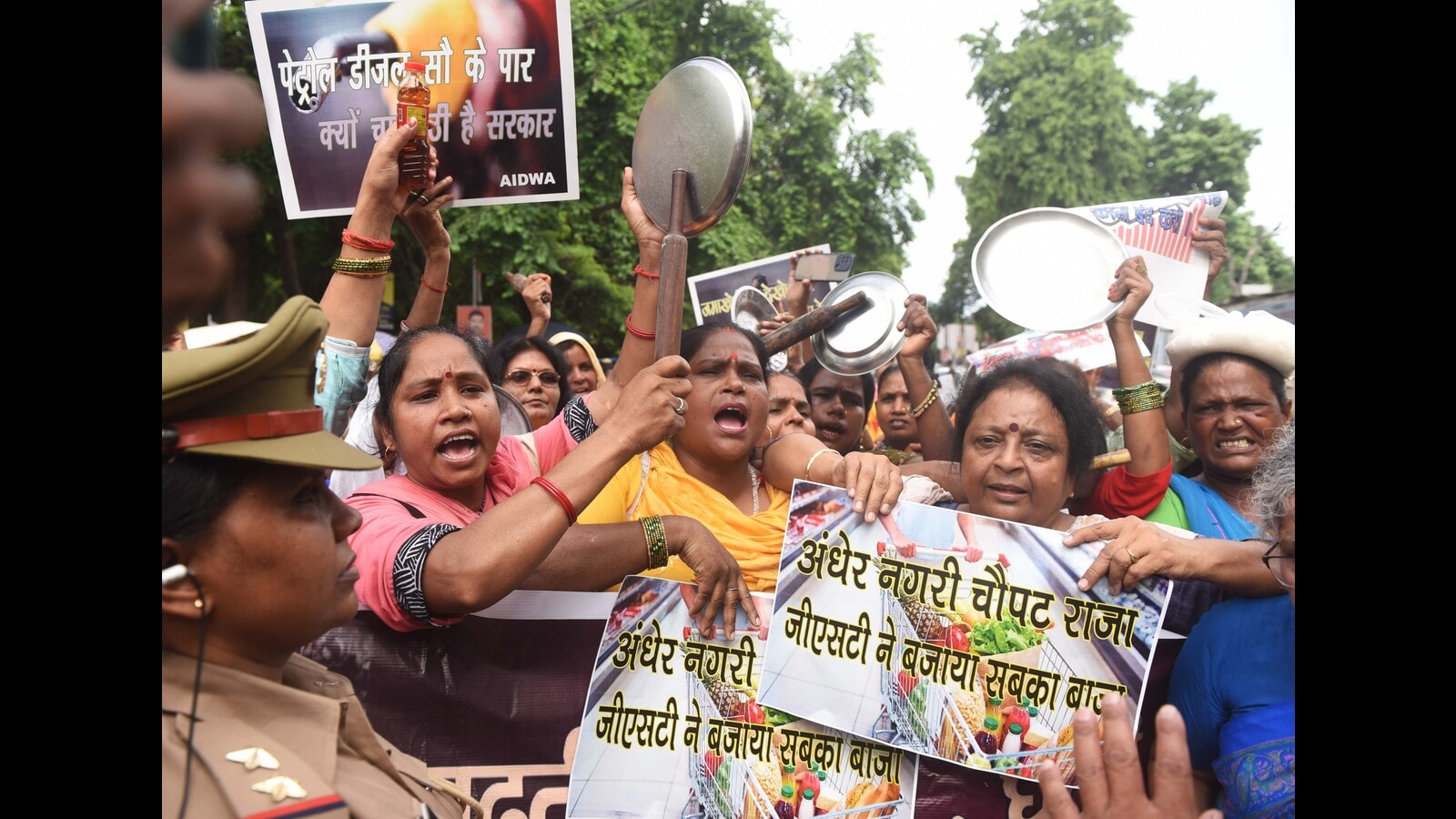 Activists from Democratic Women’s Association of India (AIDWA) and Federation of Indian Women held a procession against rising inflation and rising Goods and Services Tax (GST) on groceries from the High Court roundabout to the collector here on Thursday.

Asha Mishra from Federation of Indian Women and Madhu Garg from AIDWA led the procession. However, the large police force did not allow the activists to move towards the collector. A memorandum to the President of India was also submitted to the Lucknow District Magistrate through the police. According to the memorandum, millions of people have lost their livelihoods due to the pandemic. On the other hand, rising inflation has hurt the lives of poor women in particular, he said.

Activists also demanded a ban on the use of biometric machines in the distribution of rations. AIDWA has collected 10,000 signatures running a campaign against inflation which will be sent to the President of India.

Successfully subscribed to the newsletter

Thank you for subscribing to our Daily news capsule newsletter.