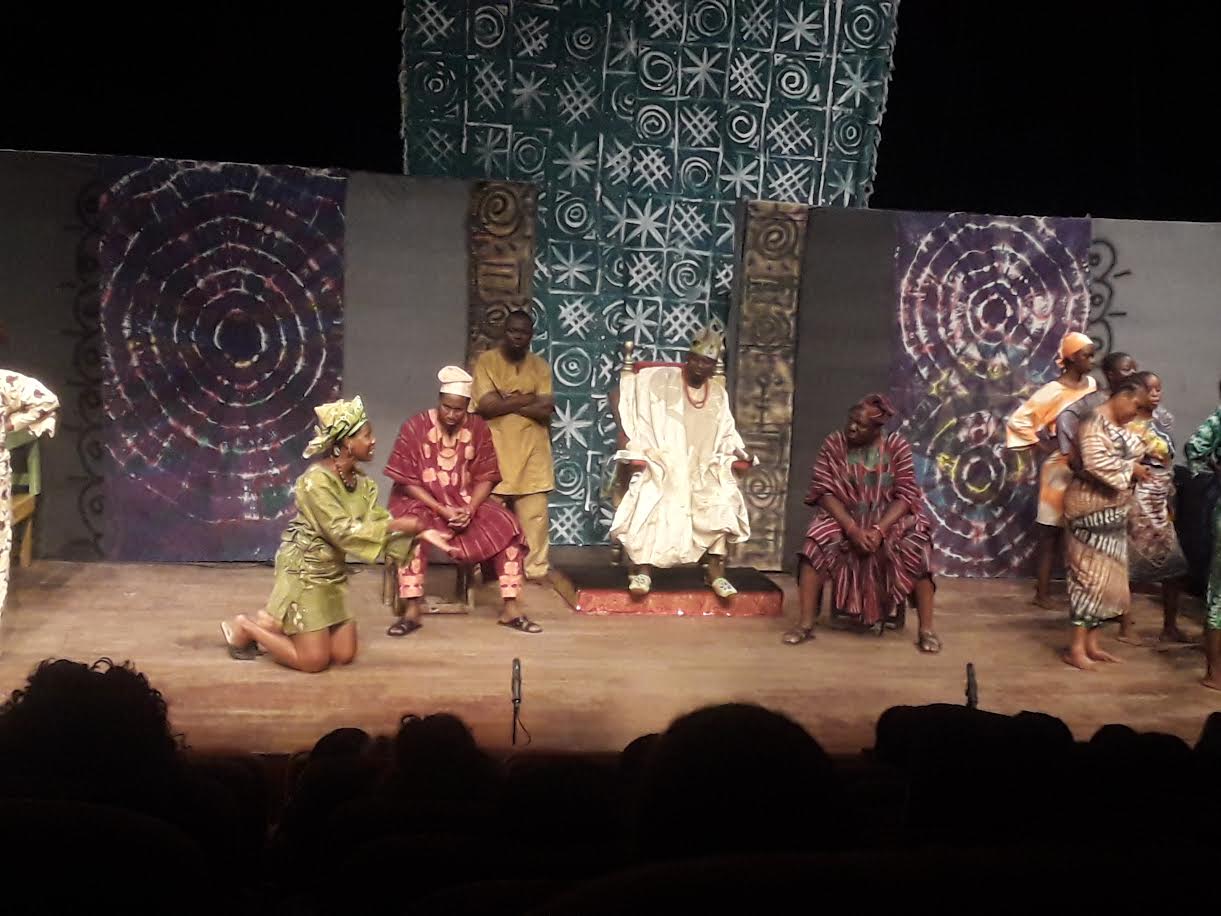 When the non-governmental organization Global Rights recently staged a commissioned performance of the play “Beere” based on the historical account of the Egba women’s revolt, the historical drama resonates with the renewed call for quality and to women’s political participation in Nigeria. Yinka Olatunbosun reports

In prelude to the drama ‘Beer‘, Global Rights Executive Director Abiodun Baiyewu asked his audience if he pays taxes. It is a duty of every citizen and the basis for demanding accountability and good governance from the holders of public services.

So the game Beer tells the familiar story that has its roots in colonial Nigeria – a period that was marked by the civil rights movement that shaped Nigeria’s history. Many young people today might be surprised to learn that women’s suffrage was championed by a generation of women who did not remain silent in the face of tyranny.

Beer, a 1.5 hour drama is a story of courage shown by Egba women to resist the corrupt and oppressive taxation that was instituted by the colonial government under the watchful eye of the traditional ruler of Egbaland, Alake. The Egba women’s revolt, which began in 1946, ended in 1947 and has been described as one of the most enduring and impactful protests led by women.

Baiyewu, whose mother was part of this story movement, told the story in dramatic form by superimposing her conversation with her mother on the background of the wrestling story. The story begins with a contemporary plot of a mother and daughter having a solemn conversation about Nigeria.

The speech is triggered by a series of events that reflect a systemic failure in governance: a fluctuating power supply and the loss of a family member – a pregnant woman at the point of delivery. Many businesses depend on electricity to operate and thrive, but the cost of using an alternative power supply has also impacted soaring prices for goods and services.

The disillusioned lady from the drama’s opening scene is taken on a journey through the history of women’s activism to learn that the fight against systemic failure is not personal but collective. By paying attention to how Jennifer Osammor, who played the role of Mrs. Olufunmilayo Ransom Kuti, mobilized Egba women, one person at a time, the narrator shows the power of word of mouth and mass education to bring about change.

The women portrayed through the characters in the play believed that their economic roles diminished as their taxes increased. Additionally, they argued that as long as they were unrepresented, they should not be required to pay taxes.

Ultimately, the Alake abdicated his throne and four women were given local council seats while taxes were abolished. According to the account, the lessons taught include the superiority of a rational decision over an emotional response in the pursuit of good governance.

The social realities of ‘Beere’ resonate with the recent women’s protest for equality and political participation. Produced by Tope Sanni and directed by Kenneth Upphopho, the play recalls the resilience and courage of women who fought for democracy, or the look of it that many appreciate today.

While reflecting on the play, playwright and executive director of Global Rights, Abiodun Bayeiwu, said the story she wrote 13 years ago is an integral part of her family history.

“We don’t ask our parents where we come from. This evening, when you get home, tell your children where you come from. Let me tell you the truth about this nation. We are brave people. We are Nigerians. The elections come next and we will return to the same struggles of 1946.

“Whether we will have a nation after 2023 is up to you and me. I told you the story as it was told to me. Tell the story, don’t let the generation that came out for the EndSARS protest feel like no one has ever fought before them. The Egba women’s revolt was inspired by the Aba women’s riot. One movement inspired another in this country,” she said.

While citing the examples of human rights lawyer and democracy advocate Ayo Obe and others and their roles in the fight against the military as well as the “Bring Back Our Girls” movement, she argues that women are still not treated as Nigerian citizens.

“We are back on the streets. A Nigerian man who marries a foreign woman can obtain citizenship for his wife, but a Nigerian woman cannot. I started by asking you what your taxes are doing for you other than bringing you misery,” she said while urging the public to pass the message of the drama on to others to rally for. the rights of women alongside the rights of every citizen to be respected and protected.

“The social realities of ‘Beere’ resonate with recent women’s protest in the name of equality and political participation. The piece recalls the resilience and courage of women who fought for democracy, or the appearance that many appreciate. today”