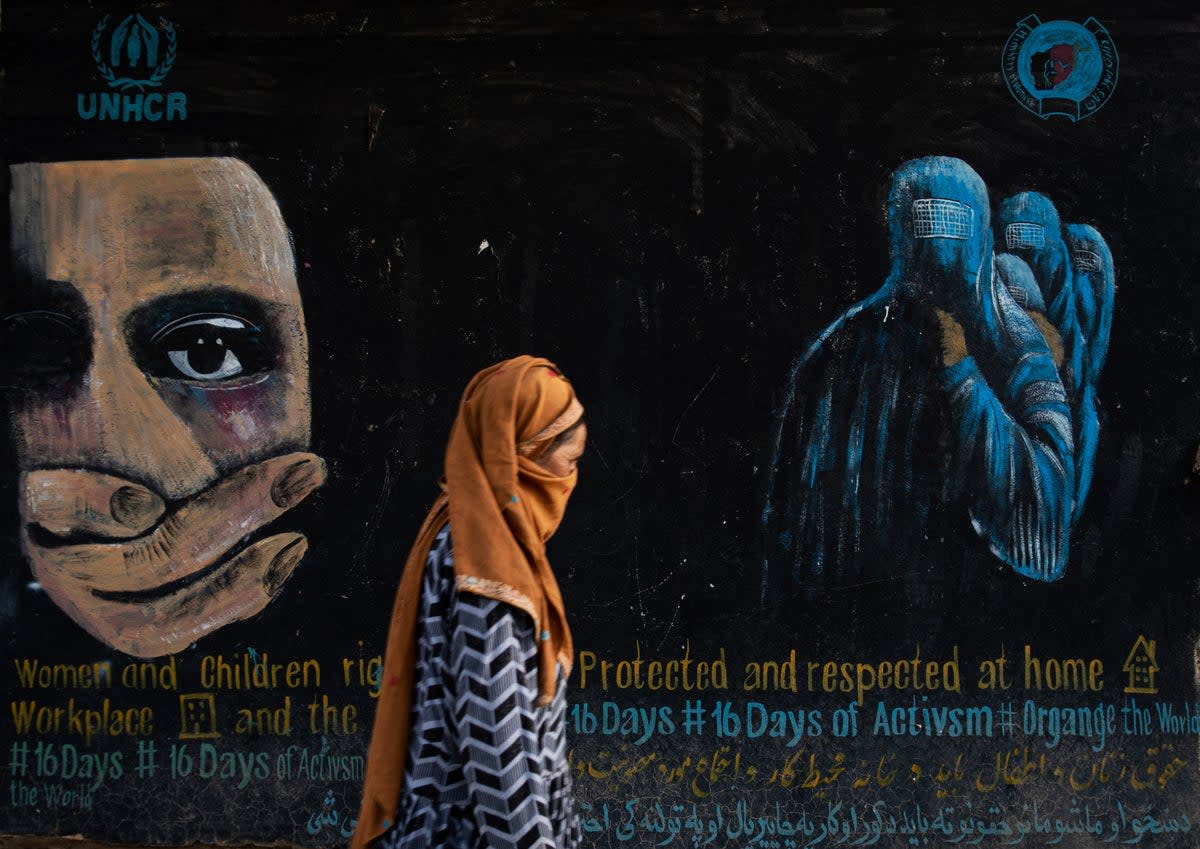 Why the Taliban’s war on women is the world’s worst women’s rights crisis, experts say

A year after the Taliban took control of Afghanistan, the freedoms, lives and well-being of women in the country have been shattered and ravaged.

From violating girls’ right to education to ordering women to stay at home whenever possible, the large-scale assault on women’s rights has continued. to intensify over the past year. After all, these are just two of many highly restrictive policies that directly target women.

Experts gathered for a very moving event organized by myself, Maya Oppenheim, The Independents Women’s Correspondent, to discuss the horrific war the Taliban have waged against women since they came to power.

“There is no hope for women in Afghanistan,” Marzia Babakarkhail, one of the panelists, who previously worked as a family court judge in Afghanistan, told the audience.

Ms Babakarkhail, now a Manchester-based activist, noted that Afghan women and girls had lost everything “overnight”, warning that her country was now “broken”.

She said she is in contact with women in Afghanistan every day who cry out to her about their situation – adding that the Taliban have become more and more “dangerous” for women as the days go by.

Ms Babakarkhail raised concerns about former judges who remain trapped in the Taliban underground in Afghanistan, fearing for their lives, as she called on the British and others around the world to help them.

“I open my WhatsApp every morning, they send me the most desperate texts,” she said.

Watch the full event below

Ms Babakarkhail accused the Taliban of trying to kill her in Afghanistan in 1997 and again in Pakistan in 2007.

During this week’s chat, the activist told viewers: “It’s not easy to see your people dying, being despised by the Taliban, we lost our freedom, we we lost our jobs, we lost our status”.

The Taliban have intensified restrictions since taking over the Afghan capital, Kabul, in mid-August last year as US and British forces withdrew. The radical Islamist group, which previously ruled the country, blocked women from work and education and banned them from participating in all sports.

Heather Barr, another panelist, told viewers there was initially a lot of talk about the possibility of a “Taliban 2.0”, with some clinging to hopes that the radical Islamist group had changed in early negotiations to the withdrawal of American troops from Afghanistan.

Ms Barr noted that there were ‘many foreign diplomats in Washington and other capitals’ eager to believe that ‘Taliban promises’ had changed their attitude towards women’s rights and that they now respected their rights. to employment and education.

“But there was another group of people who never believed any of the Taliban promises and those people were Afghan women,” she added.