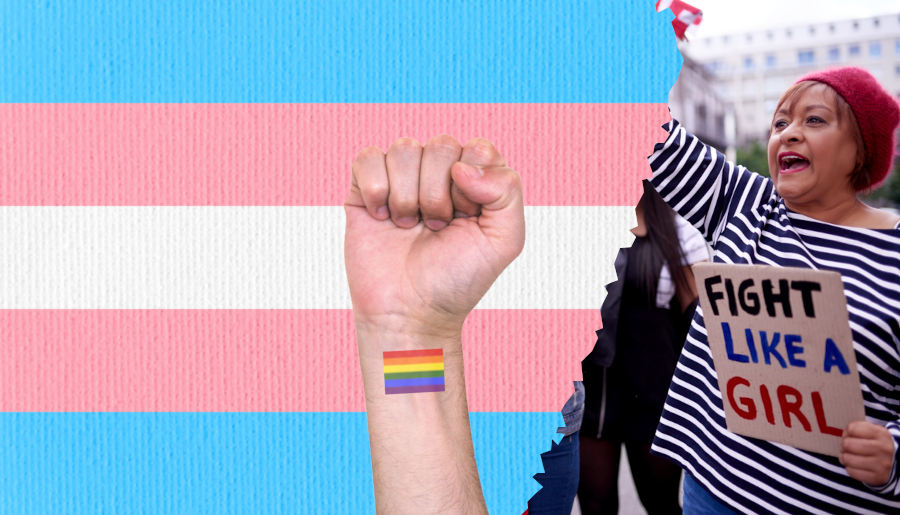 Why have leftists replaced black rights with gay rights and women’s rights with trans rights?

But first let me demonstrate how dramatically things have changed in our culture by mentioning the names of Crystal Dixon, Julea Ward and Angela McCaskill. What do they have in common?

They are all well-educated black women who lost their jobs (permanently or temporarily) or were expelled from their university programs because they differed from the agenda of gay activists.

Crystal Dixon was previously associate vice president of human resources at the University of Toledo. When Michael S. Miller, editor of the Toledo Free Presswrote an op-ed in which he compared the “fight for gay rights” to “the struggles of my black friends and the struggles of my friends in wheelchairs”, Dixon argued against this and wrote an op-ed for the newspaper.

But when the rubber meets the road, the group that was once championed will quickly be abandoned in favor of the new group championed by the ever more radical left.

For doing this, in her spare time and in her own name, without malice or hatred, Dixon was fired from her job in 2008.

Julea Ward, the wife of a pastor, was expelled from counseling at Eastern Michigan University on March 12, 2009 after refusing to renounce her biblical beliefs about homosexuality in a meeting that can be described like a school court.

Angela McCaskill was the first deaf black woman in the world to receive a doctorate (Ph.D.). It’s rarefied air.

But in 2012, McCaskill was suspended from her job as diversity officer at Gallaudet University in Washington, DC, the nation’s first school for the deaf. Why? She and her husband were found to have signed a petition calling on her home state of Maryland to put the referendum on same-sex ‘marriage’ to a vote. (For the record, she signed this petition while attending church.) It was her transgression.

This trend has continued to this day, and when it comes to the hierarchy of the left, gay people trump black people.

When it comes to transgender rights trumping women’s rights, consider the treatment received by Germaine Greer, one of the world’s first (if not pioneering) feminists.

For daring to say that a biological man can never become a real woman, Greer was labeled TERF (Trans Exclusionary Radical Feminist), and attempts were made to cancel her lectures on campus. As an editorial on the Huffington Post announced: “The “feminists” who exclude trans women are not feminists at all. Goodbye, Germaine Greer!

More recently, bestselling author JK Rowling, also a respected feminist, was slated for cancellation because she had the audacity to challenge the claim that “people have their periods,” noting that they are “the women” rather than “people” who menstruate. For this and other alleged ideological crimes, many on the left are raging against her.

And do I need to mention the name “Lia” Thomas?

This biological male who identifies as female recently crushed women’s competition at an NCAA 500-yard national swimming event. Yet after the event, the National Women’s Law Center said, “Lia, we need people like you. They even called you a misogynist if you had a problem with Thomas competing with women. (For the record, Thomas was ranked 462 as a male swimmer.)

Leftism is more about rebelling against the system than helping people

In other words, in the end, a radical agenda was more important than the people (whether black, female, gay, or transgender). And so, at this hour, what ultimately drives this radical, leftist agenda is not so much compassion but rather the “left” of ideology.

Am I saying no one on the left really cares about any of these bands? Not for a second.

I’m sure there are plenty of benevolent leftists out there. And I’m sure many of them have been saddened by what they perceive to be real inequalities and injustices. In fact, many on the left feel wronged for themselves because they too are black or female or identify as gay or trans and they too have suffered abuse.

But when the rubber meets the road, the group that was once championed will quickly be abandoned in favor of the new group championed by the ever more radical left.

The ultimate problem is the agenda

That’s why, when a liberal politician is accused of sexual harassment or impropriety (from Bill Clinton to Andrew Cuomo), many “Me Too” feminists remain eerily silent. But when it comes to a conservative politician like Donald Trump or a conservative judge like Brett Kavanaugh, feminists want their heads.

That’s why, in the days to come, something else might come along to sideline trans rights. And so on.

How then do we fight this radical leftist agenda? By exposing his moral hypocrisy. By showing a heart of compassion for each group and individual. And fighting for equality before the law for all.

Dr. Michael Brown (www.askdrbrown.org) is hosting the national broadcast line of fire radio program. His latest book is Revival or We Die: A Great Revival Is Our Only Hope. Connect with him on Facebook, Twitter or Youtube.