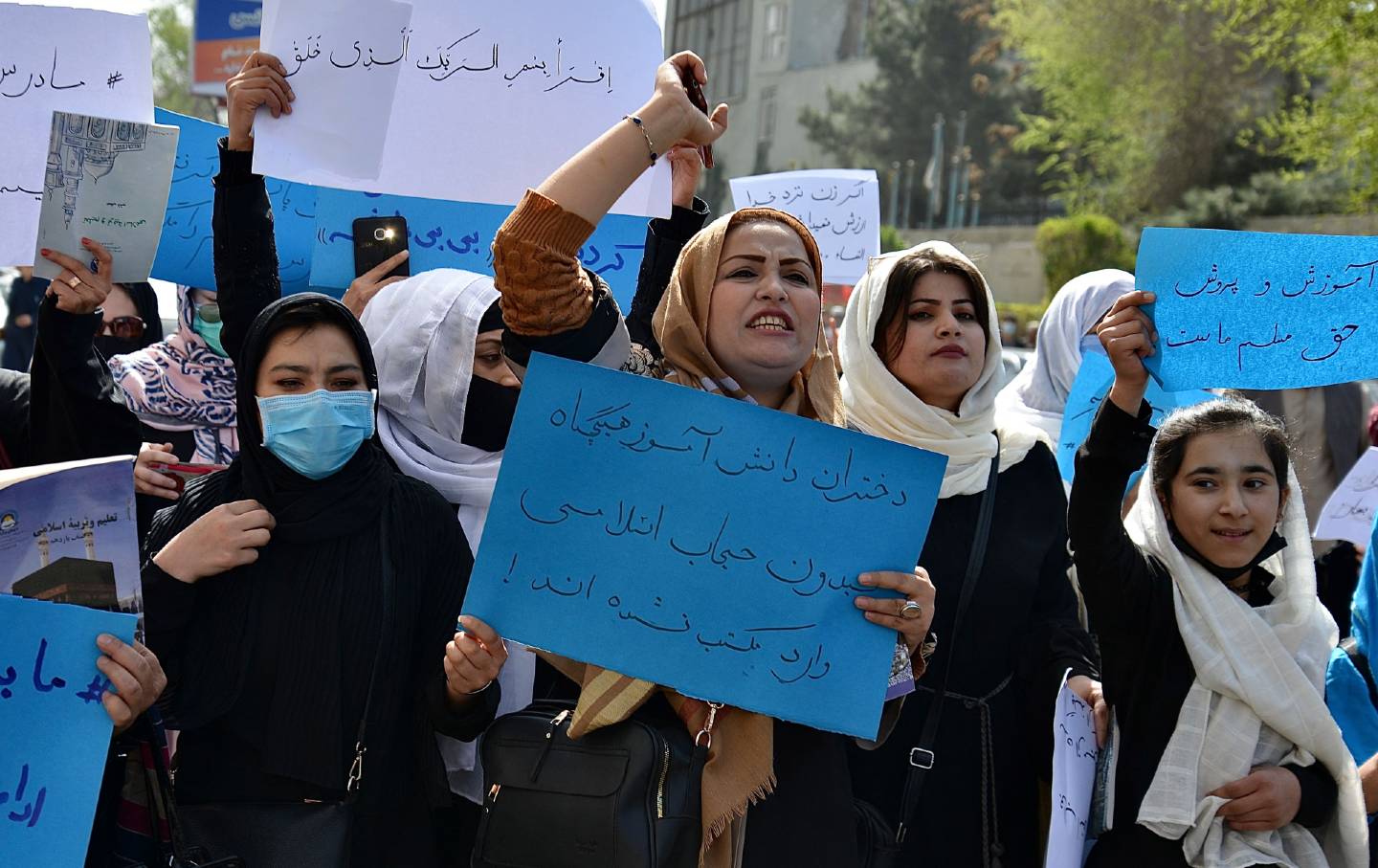 What path for feminists committed to the rights of Afghan women?

Afghan women and girls take part in a protest outside the Ministry of Education in Kabul on March 26, 2022, demanding the reopening of high schools for girls. (Ahmad Sahel Arman/AFP via Getty Images)

Thank you for registering for The nationweekly newsletter.

Thank you for signing up. For more than The nationsee our latest issue.

The nation is supported by readers: Donate $10 or more to help us keep writing about the issues that matter.

Did you know you can support The nation drinking wine?

I have been engaged in grassroots work for the rights and welfare of Afghan women for two decades. Given the takeover of Afghanistan by the Taliban on August 15, 2021, the question that I struggle with – that every women’s rights activist who has worked in Afghanistan struggles with – is: what do we do now? ? Do we refuse to work in Afghanistan because it would require engaging with the Taliban, whose brutal history we know intimately and have fought for more than two decades?

This is the approach taken by the US government. After negotiating and paving the way for the return of the Taliban, the United States decided that it could no longer recognize them – or, by extension, the country they govern. Recently, Washington even went so far as to confiscate the assets of the Afghan central bank, blocking the Afghan people’s access to $7 billion of their own money. As this has plunged Afghanistan into a serious economic and humanitarian crisis, the world’s attention is focused on Ukraine.

Two weeks ago, I traveled to Kabul as part of a delegation of eight American women for peace and education. We have provided humanitarian aid, advocated for the unfreezing of Central Bank funds, and witnessed to the reality of Afghan women in this time of severe economic hardship. While the situation is dire, the complexity of life under the Taliban defies simple Western narratives of oppression.

We met the leader of a women’s NGO—a woman I won’t name for her own safety and that of the shelter she runs—who chose to stay in Afghanistan after the fall of Kabul. An ardent opponent of the Taliban all her life, she has had to negotiate with the Taliban authorities to ensure her safety and that of the women she serves. She is aware that things can change at any time, but for now she says, “I live one day at a time, and today we are safe.” The Taliban even brought destitute women to her NGO so that she could take care of them. “Anyway, the Taliban are Afghans,” she told us. “On August 15, they gave us back our dignity and we are no longer an occupied land. I don’t feel optimistic about the future. In fact, I’m scared. But I am happy that we Afghans will finally have the fight we need to fight among ourselves. My Islam gives me all the rights I need. They deprive me of my rights. Which Islam will win? We’ll see.”

This woman sees the Taliban as her wandering sons. She gets angry and scolds them. She asks if they are hungry. She shames them and asks, “You don’t care about your sisters?” And so far, if the measure of effectiveness is that she and the women she cares for are safe and alive, her path seems to be working, although it’s still early days.

During our visit, we met Afghans grateful for the relative peace that has come with the Taliban’s takeover. They told us that they could now go to other cities without fear of bombs. We also met many teenage girls who are seriously depressed by the Taliban’s reneging on their promise to allow all girls and boys to go to school, and who are discouraged about their future. We met poor families who cannot even afford to send their boys to school, let alone girls.

Many people we met wanted us to help them leave the country, but it was not because they were afraid of the Taliban: most people told us that they felt safer since the August 15th. Instead, they opposed the Taliban’s position on girls’ access to education and other decrees, such as requiring men to wear beards and banning music. And many feared the uncertainty and hardship of the economic crisis. 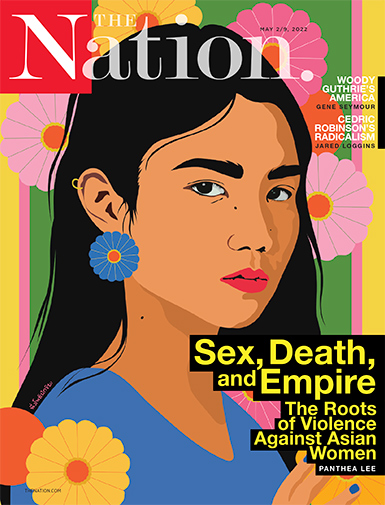 The reality in Afghanistan is complicated, just as the Taliban government is complicated, divided into factions with different agendas, approaches and backgrounds. Some are educated, while many are just young fighters; some are hardline Islamists, while others are young people more concerned with their social media profile than politics or religion.

During our trip, we met with representatives from several government departments, all of whom welcomed us and thanked us for being a compassionate face of America. Perhaps it was a PR storyline, and we listened with a healthy dose of skepticism as we insisted on women’s rights and human rights, especially girls’ access to school. Yet our interactions have suggested that some members of the Taliban government harbor a genuine desire to serve the Afghan people and engage with the world and are trying to rein in the more conservative factions of government, even as the economy collapses. and that the population is plunged into atrocious situations. poverty.

We witnessed the reopening of the Afghan Women’s Chamber of Commerce. In front of an audience of female entrepreneurs and male and female journalists, the Minister of the Interior spoke of the urgency for Afghan women to participate in the economic life of the country.

We also met with the Deputy Minister of Education and discussed with him the recent decision by the Taliban to ban girls from secondary school. We argued that all girls should be able to go to school. He told us that the high schools would open soon. When we asked when, he replied that it was important for the unity of the nation to bring conservative rural Afghanistan, rather than having different rules in different regions. He was referring to the same internal dialogue that the NGO leader was talking about: “Which Islam will win? We’ll see.”

Now that our delegation is back in the United States, we urge members of the US and Afghan governments to engage with each other. Given that the Afghan people themselves have no choice but to accept that the Taliban are in charge, I am convinced that we must stand in solidarity with them as they have their difficult conversations and determine together who they are and which Islam will prevail. The suffering imposed on the Afghan people by the sanctions will make it more difficult to subdue the hardliners of the Taliban. And for a women’s rights activist like me, it’s imperative that I find a way to continue my work, no matter who is in power and how dire the situation is.