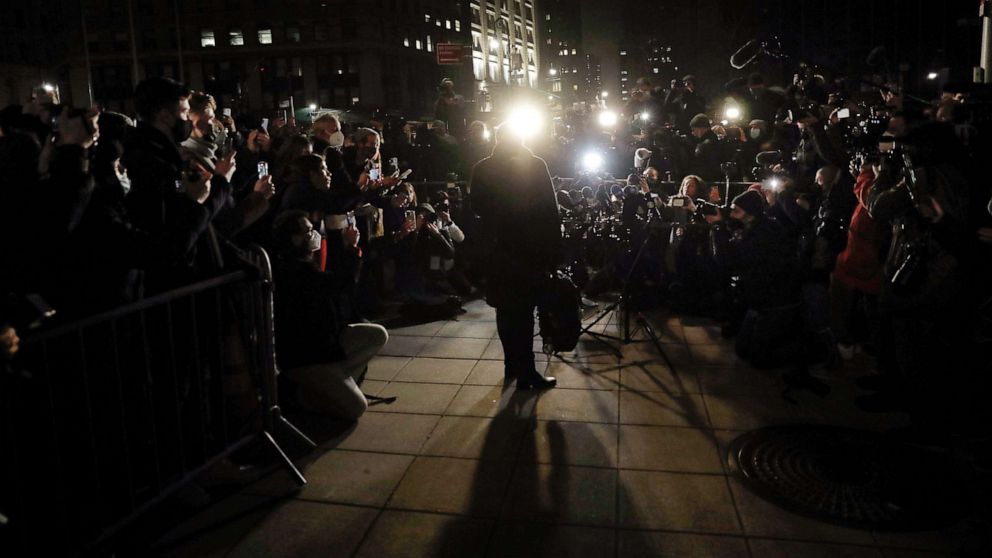 Ghislaine Maxwell’s conviction for sex trafficking resonates beyond the borders of the United States and the United Kingdom, where personalities linked to the case reside.

Women’s rights activists in France, Iran and Turkey told ABC News this raised hope for many victims that they could also get justice. In particular, they hoped that the conviction of longtime associate of Jeffrey Epstein would help raise the profile of the survivors and their stories, as happened during Maxwell’s trial, and would be a step towards diminishing the shame of the victims in their countries.

Maxwell had tried to distance herself from Epstein and his alleged sex crimes with underage girls, but prosecutors argued she was the key to facilitating the alleged crimes. She was found guilty on five of the six counts related to the abuse, but her family continue to claim her innocence and have sworn to appeal.

Marylie Breuil, of NousToutes en France, a French feminist collective dedicated to the fight against violence against women, believes that the court case was closely followed in her country not only because Maxwell was born there, but also because ‘a verdict like this “creates a certain pattern” for protecting and uplifting victims in the justice system.

The new “model,” she believes, will ease the burden on survivors both in the public mind and in the legal system. Instead of blaming, survivors need to be listened to, a shift in focus that has already started from #MeToo.

“It gives a lot of hope to all the victims of very influential people who have a lot of money,” she added.

Breuil declared that “all those who are complicit in sexual violence can now feel in danger and no longer remain in total impunity”.

However, the verdict resonates differently with Ghoncheh Ghavami, a women’s rights activist in Iran, a country with an Islamic legal system based on Sharia law.

Ghavami is the founder of the Harasswatch website, which has become a forum for public dialogue on sexual violence and harassment against women and other marginalized groups.

Although Ghavami feels “satisfied” after the survivors of the Maxwell case have obtained some relief from the conviction, she says larger changes are needed in legal systems around the world.

“I regard these decisions as minor victories. A number of favorable votes does not make me forget the repressive and violent nature of the criminal justice system,” she said, calling for fundamental changes that she deems necessary to globally to overcome gender discrimination.

For Ghavami and another Iranian women’s rights activist, local circumstances and context are the main factor, as well as the milestones of the international women’s rights movement.

Iranian women had their #MeToo moment last year by taking to social media and sharing their personal stories of harassment, years after the global wave of the movement.

The movement was so strong that the conservative justice system had to react and at least one suspected serial rapist was arrested by police.

This is the case on which Ghavami and so many others have their eyes riveted.

In neighboring Turkey, women’s rights activists have been very active in recent years in their fight against harassment and violence against women.

“I feel relieved and would like to have hope for the future,” sociologist and women’s rights advocate Dr Feyza Akınerdem told ABC News of her personal thoughts on the verdict of conviction. She is a member of the Havele Women’s Association, the first organization of Muslim feminist women in Turkey.

“The court cases against the killers of women, the predators and their allies have been one of the most important programs of the women’s movement in Turkey,” she said.

“I am sure Maxwell’s case will empower survivors of sexual abuse around the world and encourage them to speak out,” she added.

For her, this verdict is a prime example of how feminism can pave the way to encourage women and survivors silenced from harassment and violence to speak out.

“The majority of victims and survivors of sexual abuse and gender-based violence are silenced… We should not wait until they are strong enough to face predators,” Akınerdem said.

“Feminist intervention is really important to end the violence and abuse that is normalized due to socio-economic and gender privileges,” she said.