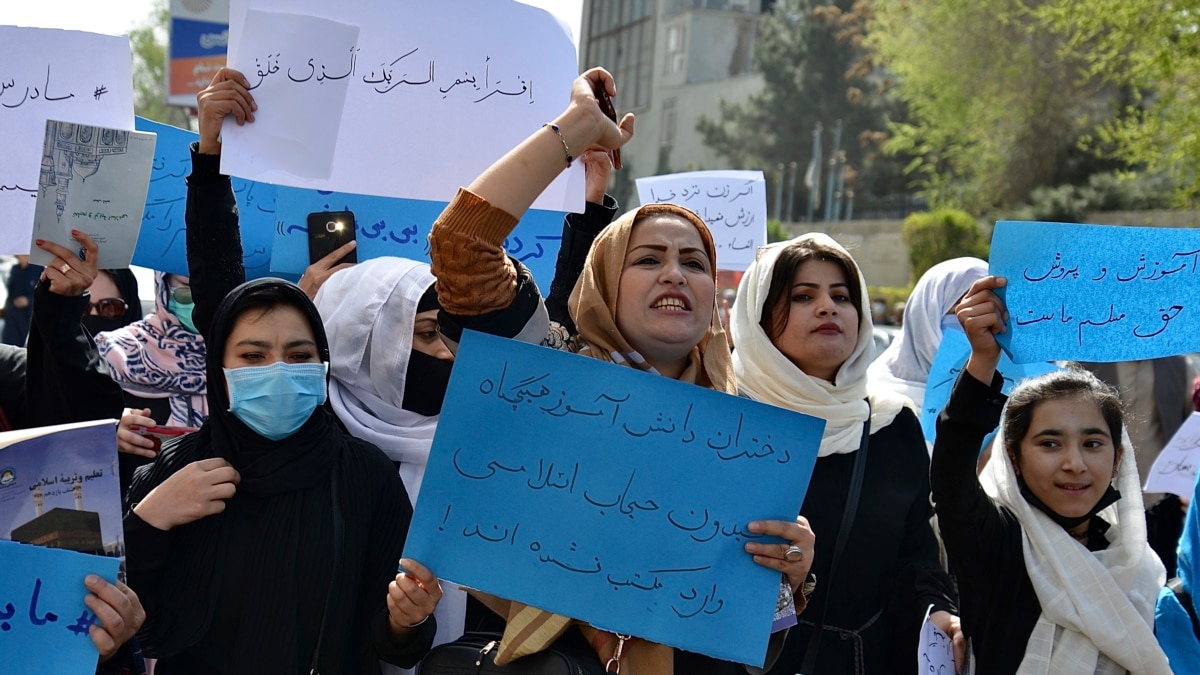 UN Women’s representative in Afghanistan said on Monday that the backsliding of women’s rights there is a “wake-up call” to the world that shows how decades of progress can be erased in a matter of months.

“Across the world, walking outside your front door is part of everyday life,” said Alison Davidian, UN Women Deputy Representative in Afghanistan. “But for many Afghan women, it’s an act that is extraordinary. It’s an act of resistance.”

Davidian spoke to reporters at UN headquarters in New York via video link from Kabul.

His remarks come as more than 20 countries and international organizations meet with Taliban officials in the Uzbek capital of Tashkent. The Taliban are preparing to mark a year since they took power after the collapse of Ashraf Ghani’s government, and he fled the country last August.

Since coming to power, the group has reneged on promises not to restrict women’s rights, increasingly cracking down on the way they dress, their ability to hold jobs outside the home, to study, to move freely or to participate in political life.

She said the many Afghan women she had met told her they would not give up, and she urged countries to support civil society and empower women’s rights groups in the country.

Davidian stressed that the full participation of women in Afghan society is essential to help the country emerge from its current financial and economic crisis. She noted that some data predicts that the loss of female employment could rob the economy of up to $1 billion or 5% of GDP.

She said that while Afghanistan is not the only country in the world where women’s rights have been curtailed, the situation is a “wake-up call”.

Davidian said she hopes the situation can improve because of the strong tradition of Afghan women’s rights defenders and activists. And with international support, she believes they can make progress in the fight for their rights.