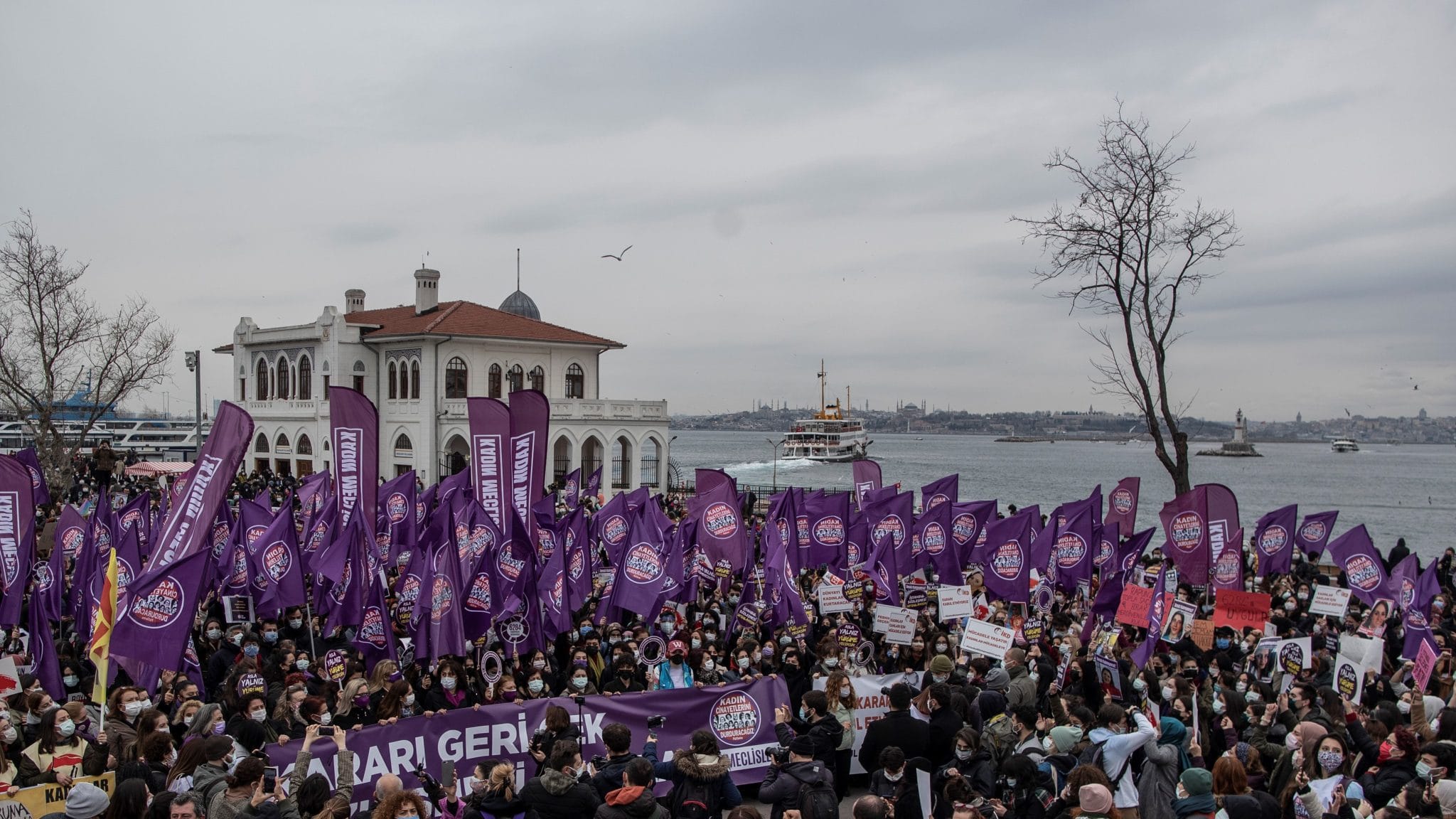 The prosecutor’s office filed a complaint on Wednesday, seeking to shut down the We Will Stop Femicide platform, Turkey’s leading women’s NGO, for allegedly “acting against the law and against morals”.

The NGO was established 12 years ago to protest the killings of women in the country, but has since become one of Turkey’s most prominent social movements and has organized several mass protests due to the growing number of feminicides and government inaction to protect women. and end domestic violence.

The We Will Stop Femicide platform said the complaint against it was filed after various complaint requests against the NGO were sent to the prosecution.

“These petitions consist of written demands claiming that our association has ‘disintegrated the family structure by ignoring the concept of family under the guise of defending women’s rights’, a claim that is not based on any concrete facts,” the NGO said. in a written statement. .

He added that the lawsuit also contains previous police investigations into the administrators of the NGO, which did not result in charges.

“While we call on political authorities, prosecutors and courts to do their duty on behalf of women, they prefer to target those who deal with the issue, with meaningless prosecutions,” he said.

Turkey was the first country to ratify the Council of Europe Convention on combating violence against women, known as the Istanbul Convention.

But Islamist and conservative critics claimed it was undermining traditional family values ​​and President Recep Tayyip Erdogan withdrew the country from the treaty.

The We Will Stop Femicide platform and its leader Gulsum Kav were at the forefront of several nationwide protests to urge the government to join the Istanbul Convention, but these calls were rejected by authorities.

Gulsum Kav is a doctor and human rights activist. She has dedicated her life to protecting women from gender-based violence and murder in Turkey. Kav was named one of Balkan Insight’s Heroes of 2020: People Who Made a Difference.

On April 16, the We Will Stop Femicide platform will organize a protest in Istanbul’s Kadikoy district against the closure trial.