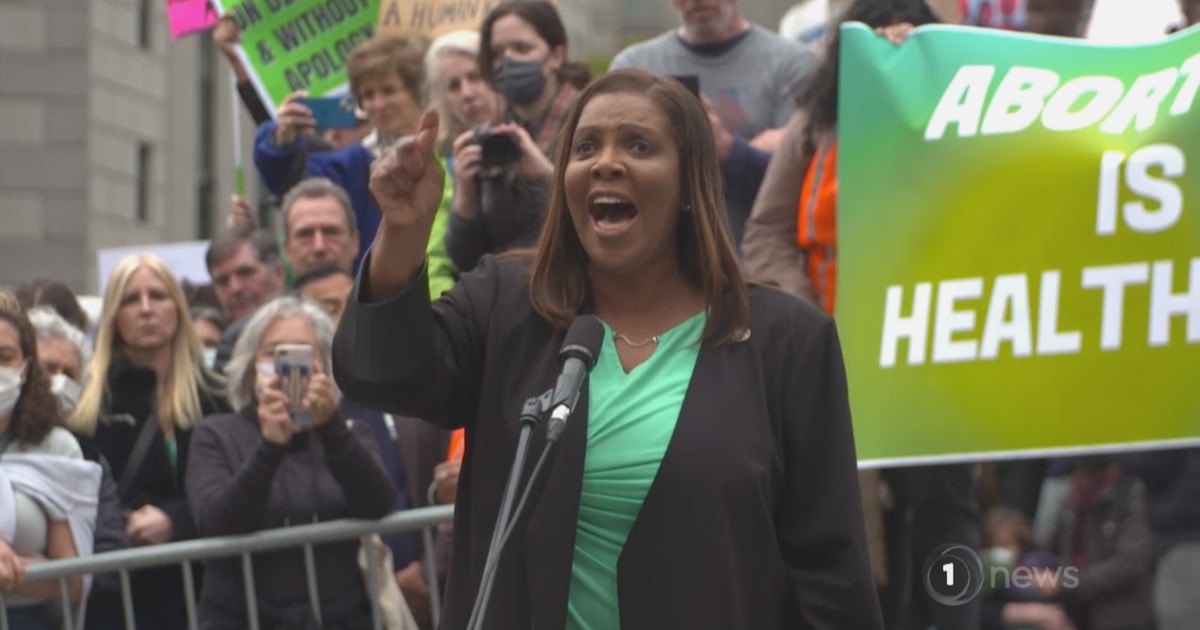 Former US President Donald Trump is being blamed after a years-long Republican offensive against women’s abortion rights appears to have gained traction in the US Supreme Court.

A draft court memo, written by Judge Samuel Alito, makes it clear that the Conservative majority is set to overturn the landmark 1973 Roe v Wade decision.

This case enshrined a woman’s right to privacy when it comes to choosing an abortion – and therefore her ability to obtain one – regardless of condition.

The precedent has been repeatedly challenged unsuccessfully, but a recent swing in the Supreme Court seat has worried many women’s rights activists.

Now they are appalled.

“It’s terrifying, it’s terrifying that these people are running our country, that they’re the ones making the decisions for us, our fate is in their hands,” mother-of-two Melissa Meshulam said during a demonstration in New York.

“I’m completely in shock that I grew up in a place where my parents always said Roe vs Wade would never be overthrown,” she said.

Trump appointed three conservative judges to the bench during his administration and openly discussed the value he placed on judges who agreed with pro-life arguments.

They joined Judge Clarence Thomas and Judge Alito who he believed wrote that Roe was “manifestly false” and that the right to abortion was not supported by the Constitution.

The court initially declined to confirm the validity of the leaked document, but has since announced it is investigating how the memo came into the hands of a journalist.

None of that mattered to protesters on the streets Wednesday who worried about what the court would overturn next.

“I have a mother, I have a sister, I have friends – it will affect them,” said protester Gabriel Sanchez.

“But not only that, I’m also gay and so what could be next?”

US President Joe Biden is already warning that the precedent set by Roe’s overthrow could result in changes to same-sex marriage rights and access to contraceptives – decisions made on Roe’s back.

“If this becomes law and what is written is what remains, that goes way beyond whether or not there is a right to choose,” Biden said.

The Court is due to issue its final opinion within the next two months.

2022-05-05
Previous Post: Reviews | Can the women’s movement be as effective without the word “women”?
Next Post: You can’t be on the side of “women’s rights” if you don’t know what a woman is.