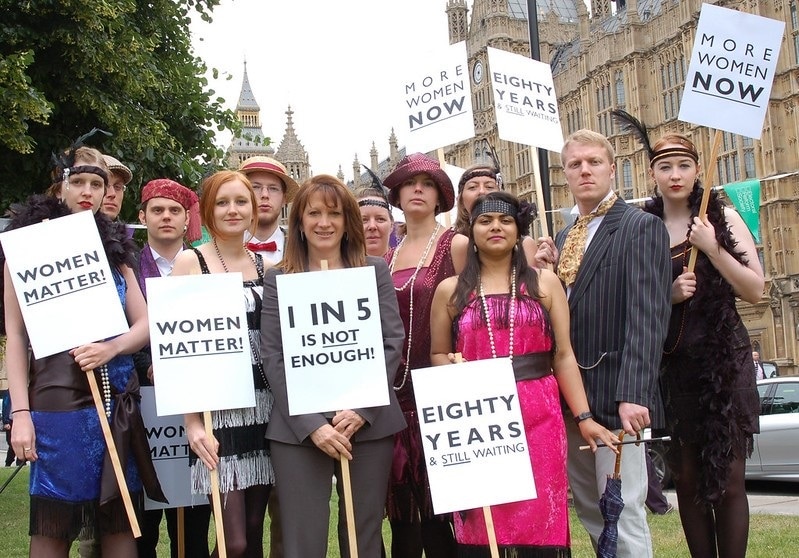 In 1995, Martin Ponting, a 50-year-old father of three, was convicted of raping two girls. Then, in 2017, Ponting was moved to a women-only prison because he legally identified as “Jessica Winfield,” a woman. Following this transfer, Winfield was charged with sexually assaulting several inmates.

In October 2021, Jacob M. Guerrero dressed as a woman to enter the women’s restroom and recorded at least 12 unwitting victims. Five of these victims were under the age of 18 and some are believed to be as young as 8 years old.

In December 2021, University of Pennsylvania swimmer Lia Thomas topped the Zippy Invitational and broke two women’s national records. After the encounter, Thomas reportedly bragged, “It was so easy, I was sailing.” Thomas is biologically a male.

Today, trans activists are pushing to treat trans women and men as biological women and men. Unfortunately, this push to ignore biology and instead focus on subjective feelings erases women’s biological rights.

Women have not always enjoyed the same rights as men. The right to vote, to education, to work as a doctor or a lawyer, to bodily autonomy, to receive the same pay for the same work, etc., was the result of the women’s rights movement, which began in 1848. If it were ‘t for brave women like Elizabeth Cady Stanton and Susan B. Anthony, women might still be entirely dependent on men and “deprived of their self-confidence and self-respect”, as the Stanton said.

Stanton wrote in the Declaration of Sentiments: “The history of mankind is a history of repeated insults and usurpations on the part of man to woman, having for their direct object the establishment of a tyranny absolute on her.” Stanton believed that the dominance of men in public life “disgraced and disgraced women” and that women should have the right to participate fully in public and political life.

Fortunately, since 1848, women have made great strides in equality. However, there is no denying the biological reality that males are stronger, faster, and overall, physically dominant over females. Thus, to standardize the rules of the game and allow women to compete in both public and political life, women have benefited from:

Unfortunately, the trans movement threatens the hard-won concessions above.

As the Australian Parliament’s document, “Impacts of Transactivism on the Human Rights of Women and Girls” concludes, “Enable men who wish to identify as women to be treated in all respects like women by law, risks undermining institutions and laws that have been hard fought and established over time for the express purpose of protecting the human rights of women and girls. These changes in law and policy do not take into account the current reality of male violence. These changes also deprive women of the right to have meetings and spaces reserved exclusively for women who were born and raised women and will thus hinder their ability to organize politically and advance feminist causes. They will undermine temporary special measures or affirmative action strategies that have been put in place to address the disadvantages experienced by women and can help reverse the progress made in terms of women’s participation in political and cultural life through sport. and leadership positions.

Biological women deserve rights in a world of trans activism

Biological women deserve the right to participate fully in public and political life and to do so free from the usurpations and domination of men – even when those men claim to identify as women. If you are a trans woman who can pass (i.e. have had sex reassignment surgery), using the women’s restroom is fine as you are not forcing biological women to see anything something that could trigger.

As such, they should not enjoy the same workplace protections as biological women. Finally, there is an undeniable criminal element that uses the trans label to victimize women. Continuing to ignore this reality leads to abuse and erosion of the hard won rights of biological women.

The Maverick Observer is a free-thinking online publication covering events in our region. We promote open opinions without bias. All opinions are welcome – it’s how we learn from each other and grow as a community.