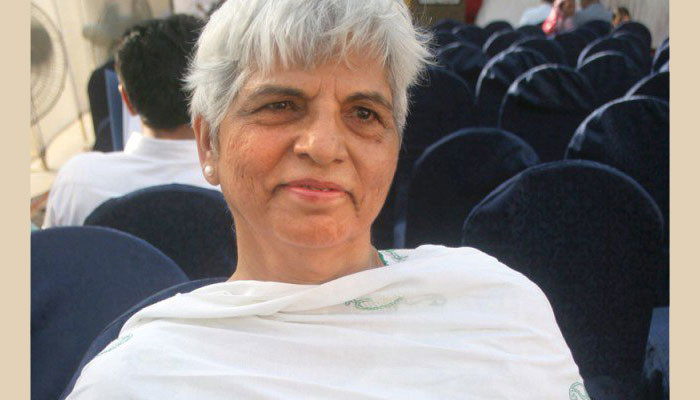 The women’s movement has made steady progress over the years, but this is most evident in the more privileged classes, while women in middle and low income groups have not benefited much, the Commission said on Sunday. senior journalist Zubeida Mustafa. .

She mentioned Kazim Saeed’s book “Dou Pakistan” and shared her observation that this disparity seems to be the worst in the education system. She was speaking at the launch of “Criminal Abuse of Women and Children in Pakistan”, which she had reviewed.

Published by the Mental Health Association of Pakistan, it was launched at their event held to mark World Mental Health Day. Speakers shared their thoughts during the program, with rights activists, civil society members and health scientists calling for joint efforts, as well as effective legislation, to secure the rights of women and discourage violence against them.

The book was introduced by Nausheen Ahmed, the lead author of the book, who was dedicated to the late IA Rehman for his lifelong struggle for human rights. Quoting Rehman, she said legislation alone cannot protect women’s rights, as long as misogyny remains the dominant mindset among the public.

She said that according to a report by the Organization for Sustainable Social Development, in the first three months of 2020, the incidence of gender-based violence increased by 200%.

She also said that social media is the newest tool to humiliate women and that there are no limits to the vulgarity of their content. Sara Malkani highlighted that the protection of victims who decide to use the criminal justice system is an important area that needs attention, and that victims who pursue their cases benefit from a strong support system provided by NGOs. In fact, she stressed, it is the state that must ensure the protection of victims.

She also spoke about the benefits of the restorative justice approach, rather than punishment, saying that victims often pursue a criminal justice approach because they have no other option available to them. It is a community-supported mediation approach, she explained.

Nazish Brohi, in his presentation, suggested that in cases of crimes against women, we need to look at a different area, such as the psychological profiles of offenders or perpetrators. She said there needs to be more collaboration between mental health professionals and sociologists working on these issues.

She also said the increased sentence for single perpetrators is not helpful because most cases don’t even reach the sentencing stage – the actual conviction rate is 2%.

Moreover, she pointed out, the main obstacle recently has been the justice system rather than the police. She said it is also difficult to report, with a likelihood of more cases being reported against strangers, rather than relatives, etc. Moreover, victims are generally reluctant to divulge the exact details of the incident, she added.

Dr. Uzma Ambareen spoke briefly on the subject highlighting the disparity between haves and have-nots across the world which has been further highlighted during the Covid-19 pandemic.

Dr. Naim Siddiqi spoke about the unhealthy lifestyles adopted by the population during the pandemic, including increased use of mobile phones and computers, sleep disturbances and reduced physical activity.

However, he said, in some international studies it appears that lifestyles became healthier once people had more knowledge about how to manage Covid-19. He underlined the fact that the changes in lifestyles due to the pandemic are different in rich and poor countries, and therefore the solutions must also be different.

Dr. Iqbal Afridi, Emeritus Professor of Psychiatry, spoke about the importance of adopting a healthy lifestyle, including talking to someone when under stress and recording your own feelings in a diary.

2021-10-11
Previous Post: Women’s rights organization Equality Now will host a virtual global gala with distinguished guests
Next Post: In the 19th century, the women’s rights activist was received as a celebrity in the United States