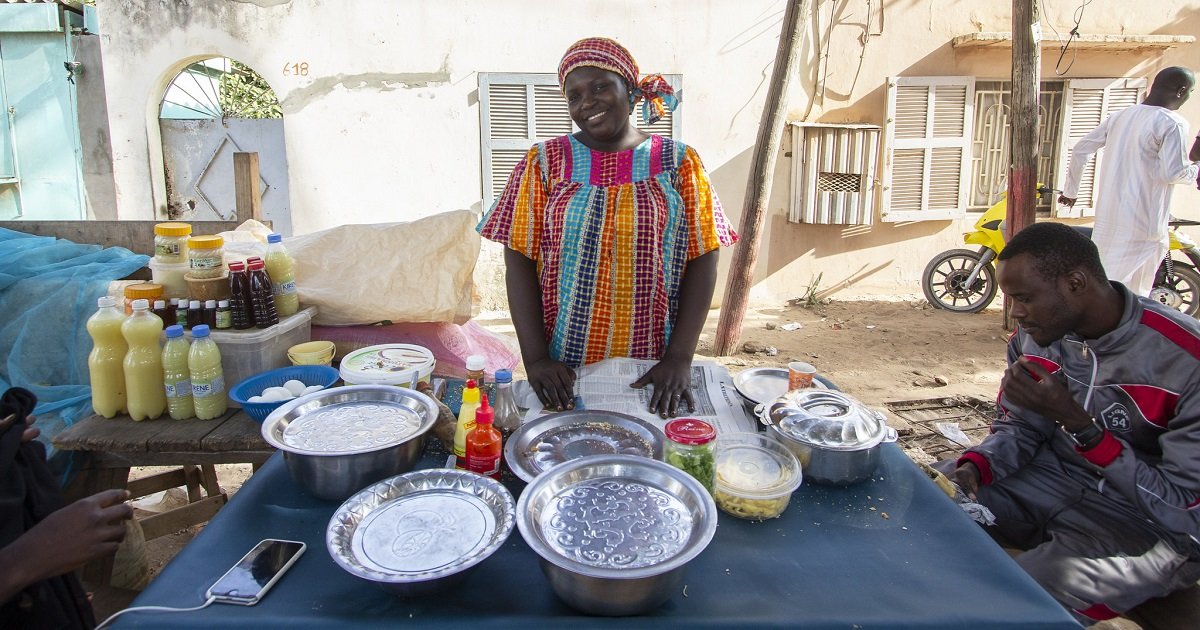 The women’s movement and informal vendors: “Nothing for us without us!

International Women’s Day is celebrated by different social and labor movements around the world as a day in which we honor the struggle of the women’s movement for equal rights, opportunities and an end to discrimination and discrimination. all forms of violence. The Covid-19 pandemic has amplified the challenges for women in many ways, but one of the groups most affected are workers in the informal economy, who have always been highly vulnerable to economic crises and prone to poverty. , harassment and violence. Today more than ever, we cannot defend women’s rights if we do not include workers in the informal economy in our collective struggle for equality and liberation.

In 1999, when the League for the Rights of Congolese Women (LDFC) was founded by myself and my fellow activists, I already had some experience as a trade unionist in the Democratic Republic of Congo and internationally. This experience taught me the importance of organizing and supporting women workers in the informal economy. That’s why they became our main focus. In the DRC, most of our economy is informal and most workers are women, many of whom are street and market vendors trying to support themselves and their families. Every day we can see them in the markets and on the streets earning a living without decent working conditions. These women are the backbone of our economy and our communities, yet they remain invisible, marginalized and often stigmatized.

The situation in the Democratic Republic of the Congo is not unique. When we joined StreetNet Internationala global alliance of organizations of informal traders, we learned that women in the informal economy face the same problems and concerns everywhere.

We know that violence against women and girls is a hidden pandemic that continues to spread in our countries, but women workers in the informal economy are even more vulnerable to this scourge. Street and market vendors, in particular, are vulnerable to harassment and abuse by local authorities, criminals and even some customers. Informal cross-border traders, 70% of whom are women from West and Central Africa, are often pressured and sexually exploited to work and cross borders.

In my hometown of Kinshasa, a recent event demonstrated the neglect with which street and market vendors are treated. On February 2, 2022, an electric cable collapsed in the Matadi Kibala market, killing 26 people. Most of the victims were women, many of whom were the sole breadwinners for their families. The Matadi Kibala market has never been a safe place to work for many reasons beyond poorly laid electrical cables, but with no real alternatives, these women had no choice but to go there. to work. We cannot allow such negligence. Nor can we allow our colleagues to continue to be exposed to deadly risks and we cannot continue to see families destroyed because of the lack of decent working conditions.

The neglect and repeated abuse of women workers employed in the informal sector should not be seen as normal, but as a violation of human rights. In many countries that have faced conflict, economic crises and destabilization, as in the case of the Democratic Republic of Congo and many other African countries, the lack of formal market work pushes women towards informal economy to survive, and they should not be penalized for it. In fact, we defend ourselves and claim our rights.

Today, the right of workers in the informal economy to decent work, free from harassment and violence, is enshrined in the International Labor Organization’s Convention 190, a groundbreaking international instrument for the rights of women and workers.

However, the Convention has has only been ratified by 11 countries nowadays [editor’s note: most recently the UK on 7 March 2022]. In the countries where it has been ratified, this has only been possible thanks to coalitions of trade unions, social movements and women’s organizations working together. We must encourage such solidarity between different movements so that we can push states to ratify and fully implement ILO Convention 190 to ensure that no woman ever faces harassment and exploitation. to support himself and his family.

Furthermore, we must promote women’s leadership and, in particular, encourage women workers in the informal economy, who are often in the majority, to strengthen and lead trade unions, associations and cooperatives at local, national and international levels. At StreetNet, we actively promote women’s leadership and many of our member organizations are led by women, including LDFC, an organization I co-founded and currently lead. We know that women can make a huge contribution when they have access to support, resources and capacity building. Women leaders can play a key role in negotiating with authorities and other stakeholders, mobilizing workers and contributing to the sustainable development of their communities. We simply need a seat at the table to directly articulate our issues.

On International Women’s Day, we will celebrate the resilience of women workers in the informal economy, especially informal vendors, and continue to work together to ensure decent work for all women, free from harassment and violence, and demand that our voices be heard. As they say in StreetNet: “Nothing for us without us!” This is why we must promote the empowerment of women and girls to enable their participation at all levels of decision-making and in the fight against climate change, and to reduce the risk of disasters.