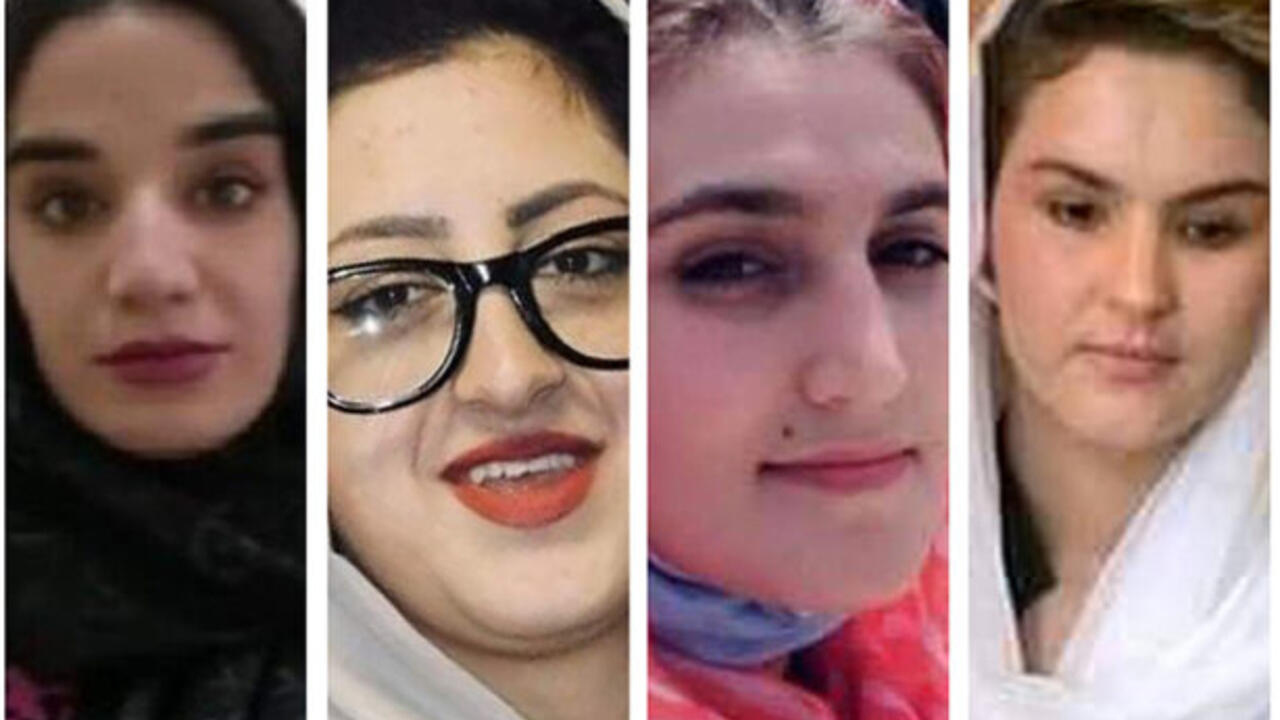 On February 12, the Taliban released four Afghan women’s rights activists, arrested nearly a month earlier. Dozens more are being held by the Taliban, according to other US activists and diplomats. The released women have not yet been able to share what happened to them in Taliban custody due to the intense suffering they endured, according to our Observer who is in contact with the relatives of the victims.

The Taliban captured the Afghan capital of Kabul on August 15, 2021, restoring power over the country. Some of the first signs of dissent came from groups of women’s rights activists who dared to challenge the Islamist movement in a bid to demand their rights.

Video captured the moments before the Taliban broke into the home of women’s rights activist Tamana Zaryabi Paryani, arresting her. In the video, he can be heard saying: “The Taliban attacked our house. Oh my God, my sisters are there too. Please go, I can’t meet you so late at night with these girls . I won’t open up, please go ahead. Help, help!”

Women’s rights activists held several rallies around Kabul following the Taliban’s takeover, protesting the group’s early restrictions on women and girls: the right to participate in Afghan politics and the right to ‘education.

>> Find out more about The Observers: Taliban suppress protest in Kabul: ‘Even if you cut off our heads, we will rise again’

“They are morally and psychologically devastated”

Atefa Ghafouri is an Afghan journalist and women’s rights activist. She had to leave Afghanistan for Europe after the Taliban made direct threats against her and her family. She told the FRANCE 24 Observers team what happened.

Tamana [Zaryabi Paryani]Zara [Mohammadi]Parwana [Ibrahimkhel]and Mursal [Ayar] are four activists who were arrested, along with some of their relatives, by the Taliban in Kabul. We only knew that the Taliban had kidnapped them, and we heard nothing more from them until they were finally released. I was able to speak with some of their relatives, so I know that they spent such difficult days in the Taliban prison that they are morally and psychologically devastated. They still can’t talk about it – they’re completely traumatized.

We know about these cases because they were announced publicly by their families or friends, but the real number of victims seems to be much more than that. However, many families refuse to speak out due to pressure and threats from the Taliban. Many women’s rights activists have received threats online, by phone or by mail. Some were summoned to the premises of the Taliban police, including the missing women.

Sometimes they even threaten the families of activists. They told some families, “If you want to protect your wife or daughter, shut her up. This puts even more pressure on activists.

A Taliban soldier hits a protester with an iron bar on September 7. Video sent by one of our Observers in Kabul.


Our Observer is no stranger to this type of threat.

Even weeks before the Taliban took over the country, my father was walking down the street and outside the governor’s office a man held a gun to his head and threatened to kill him and my entire family if I didn’t. didn’t stop working. It was horrible. For weeks I couldn’t go out, couldn’t even write anything on my social media accounts for fear that if I said or did anything they wouldn’t just kill me but all of them My relatives.

At least 29 women are being held by the Taliban, according to Rina Amiri, the US special envoy for Afghan women, girls and human rights on February 12. However, some human rights activists in Afghanistan say the number is much higher.

Activists had to change locations to stay safe after each threat and protest. However, Tammana and Parvaneh were arrested at their home on January 19, just an hour before Taliban representatives were to meet with Norwegian officials in Oslo to discuss women’s rights.

And just after the Oslo meeting, three others were kidnapped. According to their families, the abductions were violent: dozens of armed men burst into homes, beat people and arrested the activists without any explanation.

Amir Khan Muttaqi, the Taliban’s foreign minister, claimed at the Oslo meeting that there were rogue groups within the Taliban who carried out operations like this without Taliban approval. It could refer to the Haqqani network, the military section of the Taliban [Editor’s note: responsible for some of the most devastating attacks in Afghanistan].

>> Read more on The Observers: “I no longer dare to go out”: Kabul women live in fear after the return of the Taliban

On January 23, a group of high-ranking Taliban members, including Amir Khan Muttaqi and Haqqani faction leader Anas Haqqani, met with Western officials in three days of meetings in Oslo to discuss human rights. During the meetings, the Taliban denied any involvement with the abducted women.

Initiatives like the Oslo meetings do not help Afghan women, because we can see that they arrested women’s rights activists even after that. And nothing has changed in favor of women. Inviting internationally wanted terrorists like Anas Haqqani to Norway simply gives them more legitimacy.

Members of the Taliban fire in the air to disperse demonstrators, September 7. Video sent by one of our Observers in Kabul.


A number of Afghan activists gathered in Oslo at the meetings to demand women’s rights and the release of kidnapped activists.

So far, the Taliban have only responded to families inquiring about the arrest of their loved ones – whether on public business or not – by denying any involvement with them.

They play a simple game to gain international recognition as sovereign rulers of Afghanistan, unlock frozen assets in international banks, and receive international humanitarian aid [Editor’s note: the US has frozen roughly $9.5 billion of Afghanistan’s foreign assets as well as imposed financial sanctions on the country]. However, on the other hand, they want to suppress any form of opposition inside the country, and women activists were the first – and only – group that dared to challenge the authority of the Taliban. So they commit these atrocities without claiming any responsibility.

The release of these four women does not mean that the Taliban are changing course due to international pressure. There are many more who are still illegally behind bars. And they never took responsibility for those arrests.

And unfortunately, I think it works. With threats, arrests, families asking activists to give up…every day, there are fewer and fewer women who dare to speak out.

2022-02-18
Previous Post: A message from women activists across Africa
Next Post: “Elephant in the room”: Jordanian women and equal rights | News on women’s rights