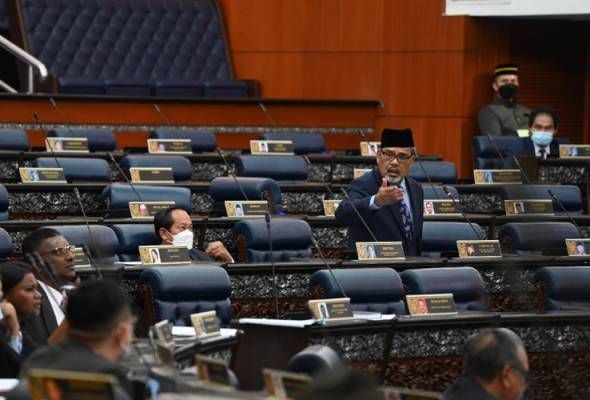 PETALING JAYA: Pasir Salak MP Datuk Tajuddin Abdul Rahman’s use of profanity in Parliament and derogatory remarks against female MPs should not be tolerated or allowed in Parliament as they border on misogyny, say civil society groups and women’s rights advocates in the country.

Tajuddin launched a tirade on women parliamentarians from the opposition and even went so far as to call them indecent. He also allegedly uttered an obscenity during the debate on the Sexual Harassment Bill on Wednesday, July 20.

“We stand in solidarity with all MPs who are speaking out against this, including Hannah Yeoh, Kasthuri Patto, Steven Sim, Wong Shu Qi, RSN Rayer, Teo Nie Ching and Alice Lau.

“We call on the President and Vice President to take strict disciplinary action and issue the necessary decision against Pasir Salak.

“Such shameful conduct has no place in Parliament, let alone in the debate on a bill to protect those who are victims of sexual harassment,” the statement said.

Karen Lai, program director of the Women’s Center for Change, Penang, said tolerating Tajuddin’s behavior would normalize violence against women, which was “the last thing we need in parliament”.

“We expect our parliamentarians to be, at the very least, mature adults. Even schoolchildren understand that swearing and swearing is rude and unacceptable behaviour.

“The crude profanity uttered created a hostile and intimidating environment and I suspect it was directed against female parliamentarians.

“All MPs, male or female, need to get it into their heads that resorting to aggressive swearing and shouting is akin to a toddler throwing a tantrum in a playground.

“To tolerate such behavior is to tolerate it, and to tolerate is to normalize it and find it acceptable. “Normalizing violence against women is the last thing we need in parliament.

Veteran women’s rights activist Ivy Josiah was quick to denounce Tajuddin’s “disgusting” behavior and said he should have been kicked out of the august house.

“His words and behavior are disgusting and border on misogyny. The Foreign Ministry should drop any plans to appoint him ambassador to Indonesia.

“Even as the House debates gender issues, he has been unable to read the room, to understand that his response is unacceptable.

“In fact, he should have been fired from the House and suspended. Other MPs were removed from office for less,” Ivy said.

Sivananthi Thanenthiran, Executive Director of the Asia-Pacific Women’s Resource and Research Center (Arrow), says: “It is clear that MPs need to be gender-sensitized so that they can understand the reforms legislation that calls for non-discrimination and equality.

“Gender-aware MPs will be able to better represent the needs, aspirations and priorities of their female constituents. And that represents 50% of the citizens of this country.

“Some parliamentarians have a habit of spouting crude and unseemly statements about their female MPs, but also about topics such as women’s clothing and menstruation.

“Ironically, making sexist statements can also be construed as a form of harassment and that obscenity should be uttered when reading the Sexual Harassment Bill only demonstrates the need for such laws to be enacted.

“Laws provide the normative framework for our society. This may not mean that certain practices or ways of thinking will be eradicated, but it is the first step in saying what is desirable and what is not in our society,” she said.