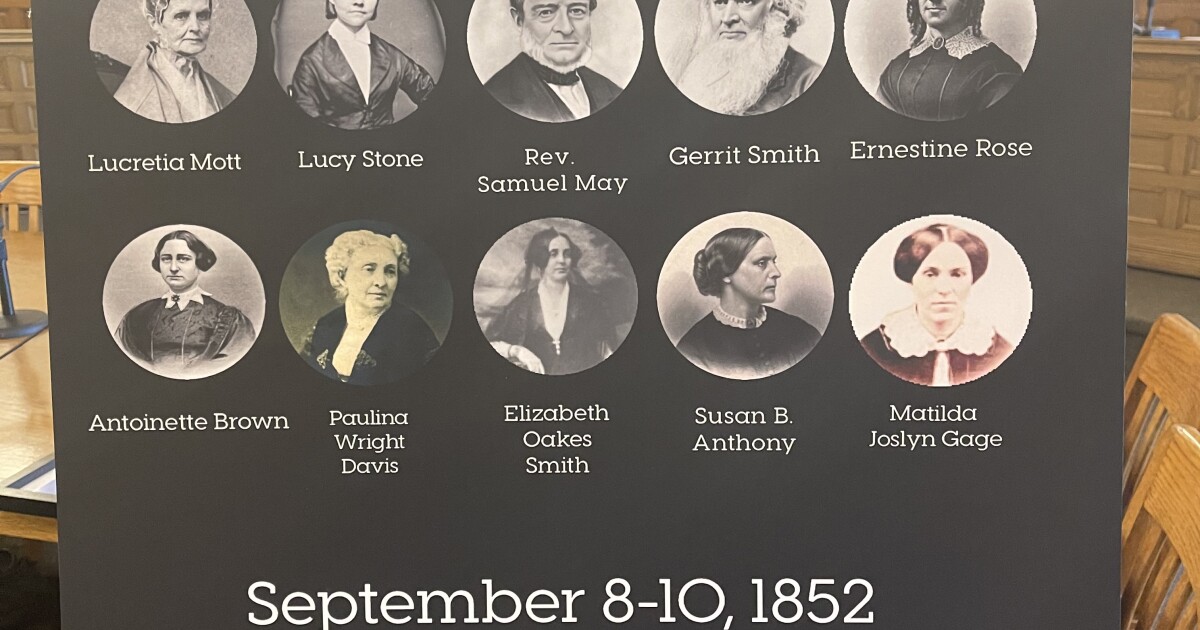 The Third Women’s Rights Convention drew thousands to town in 1852, just five years after the city of Syracuse was incorporated. Local leaders celebrated the 170th anniversary this week.

Mayor Ben Walsh said he looked forward to his daughters finding out about the women behind it all. He said that includes Matilda Joslyn Gage, a local suffragist and activist who was the convention’s main speaker when it began in the 1800s and got its start in Syracuse.

“Where Gage gave her first major speech to a large crowd speaking about the triumphs of women throughout history, decrying unjust laws that denied women the right to money, property, children and personal security . He denounced the denial of rights, freedom and equality in the United States, because of color and sex”, says Walsh.

State Senator John Mannion recalled the many successes that Gage and others paved the way. However, he also described the erosion of women’s rights due to the challenges women face, particularly following the United States Supreme Court’s decision to abolish federal abortion rights.

“We won’t let that happen in New York State,” said Mannion. “I am proud to have supported the summons Women’s Rights in New York State, so please understand that the only thing that has changed for women in New York is that we have strengthened women’s rights. While across the country, those rights have been attacked and those protections have been taken away.”

Michelle Jones Galvin, vice president of the Matilda Joslyn Gage Foundation, believes there are still struggles that don’t go away.

“If you think about it, we still talk about a lot of those issues today,” said Galvin. “So it’s been a struggle, over the years, to make sure that women’s rights, women’s equality, women’s equity, really become a reality.”

The Matilda Joslyn Gage Foundation in Fayetteville is planning a special reproductive rights event in October.

The first women’s rights convention was held in Seneca Falls.