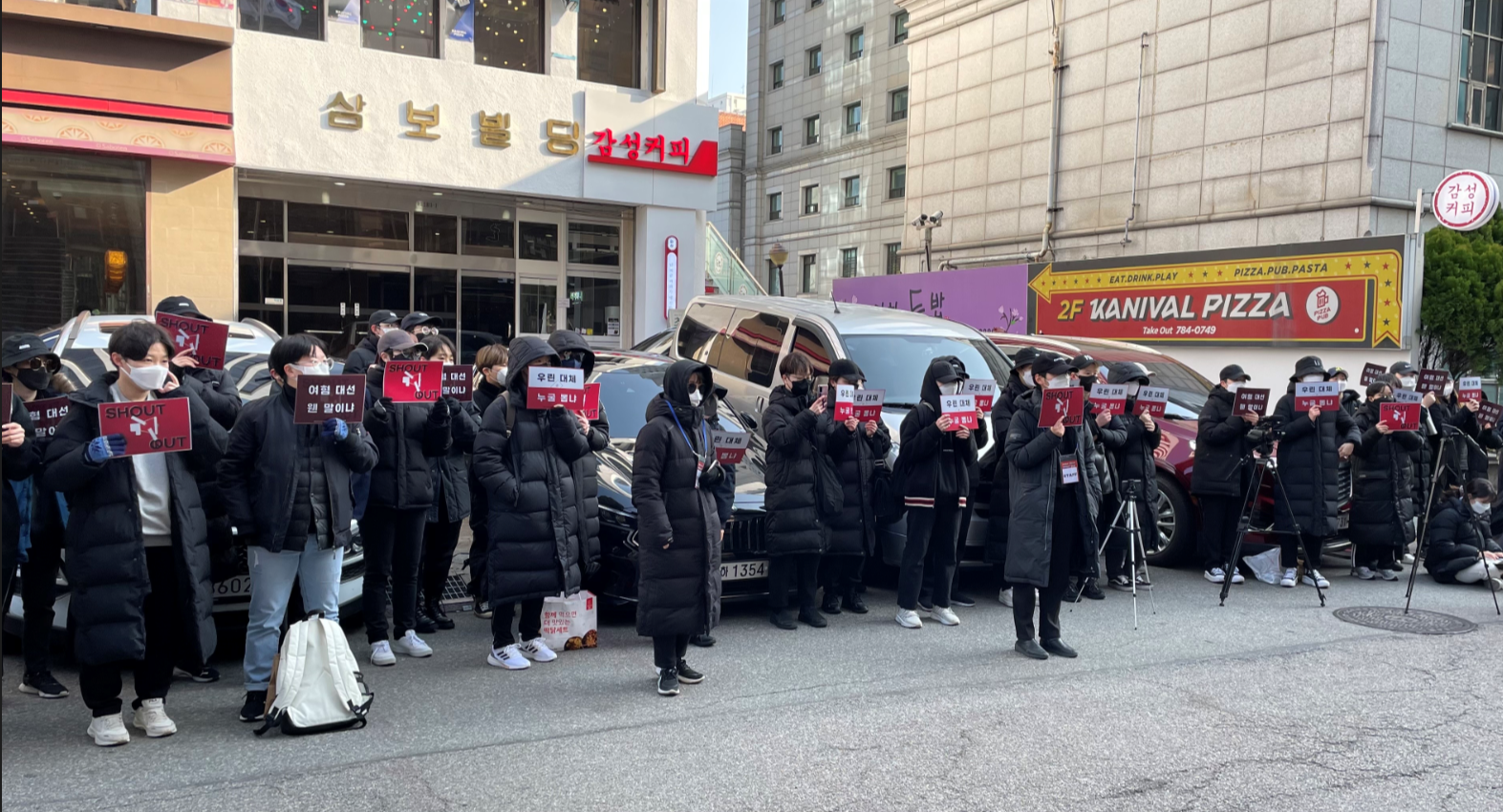 The recent elections in South Korea have given power to an anti-feminist party. But it also provided motivation for feminist activists.

Earlier this month, the Korean presidential election brought to power conservative candidate Yoon Suk-yeol and her staunchly anti-feminist party. But the groundswell of activism and resistance will not stop. In fact, some believe it will only get stronger.

Online attacks are familiar to women everywhere, but are particularly epidemic in South Korea, where feminists are currently battling a bitter backlash rocking the world’s 10th largest economy. Despite this backlash, Korean feminists are bold and have led creative campaigns against misogyny.

Despite its economic power, South Korea ranks at the bottom of a number of indicators when it comes to women. It has the largest gender pay gap among the 38 member countries of the OECD, a criminal industry of sex crimes, designation as the worst place to be a woman employed by The Economist’s Glass Ceiling Index and one of the highest female homicide rates in the world.

Despite these grim statistics, feminists fought for change and won. One of the first victories came in 2016, after a man murdered a woman in a public toilet at Gangnam subway station in Seoul. When the press and government claimed it was a random act of violence – even though the man said he was motivated by misogyny – thousands protested. This led the South Korean government to announce measures designed specifically to address crimes against women.

“From the very beginning when the Gangnam femicide happened, I was there with my peers,” said activist Haein Shim, senior director of feminist organization Haeil (“Tsunami” in Korean), a feminist group founded by activist Kim Ju-hee. , who was at the Gangnam protest.. “It was the first time I realized I wasn’t the only one with this anger in me.”

Two years later, the #MeToo movement has taken South Korea by storm. According to journalist Hawon Jung, thousands of demonstrators took to the streets in protest. “Crowds of women showed up in courtrooms in support as high-profile #MeToo trials unfolded.”

From the very beginning, when the Gangnam femicide happened, I was there with my peers. It was the first time I realized that I wasn’t the only one with this anger in me.

But these feminist successes have led to a nasty backlash.

Bae In-kyu, the leader of Men in Solidarity, one of the biggest anti-feminist groups, has made a habit of showing up to feminist protests in a Joker costume. Bae and his followers, men in their 20s and 30s, taunt protesters and shoot them with water guns.

A feminist activist who was taking part in a protest where Bae showed up in a Joker costume, says Bae and his followers ‘sneaked into our private group chat online so they had all our information. , although we used false names. They knew who each of us was, where we lived, and what we did for a living. And then they showed up at the protest with water guns. And they shot at us. We were afraid that [water in the water guns] was something else, like acid.

Feminists have resisted these attacks and will continue to do so. Although the Conservative Party won (by a very slim margin), the fact that it took advantage of the anti-feminist backlash to gain votes and pledged to eliminate the Department for Gender Equality may not have not be helped their cause.

South Korea’s new president denies the existence of structural sexism in his country, home to the worst gender pay gap in the developed world, where even calling yourself a feminist is taboo. A thread on vulnerable people – already marginalized women in precarious situations in SK https://t.co/TROPsEsBDg

I asked reporter Hawon Jung how this month’s election will impact women in the short term.

“I think it can affect women’s movements both in a good way and in a bad way.

“First, the Ministry of Gender Equality has championed many programs pushed by women’s rights activists, including measures to promote more women to leadership positions in business, government and academia, greater protection for victims of gender-based violence or the legalization of a new form of companionship sought by many young women yearning for a life beyond the traditional, patriarchal form of family Dismantling the ministry means…carrying a a blow to efforts to promote women’s rights in the country.

“At the same time, Yoon’s rise to power could create a new wave of support for the fight against the potential rollback of women’s rights. … There is undoubtedly a difficult road ahead. But if history is any guide (and as we’ve seen in the United States), I think this election result could also mark a turning point for many women and bring new urgency and energy to activism. feminist in general.

If you found this article helpful, please consider supporting our Independent Reports and Truth Statement for as little as $5 per month.