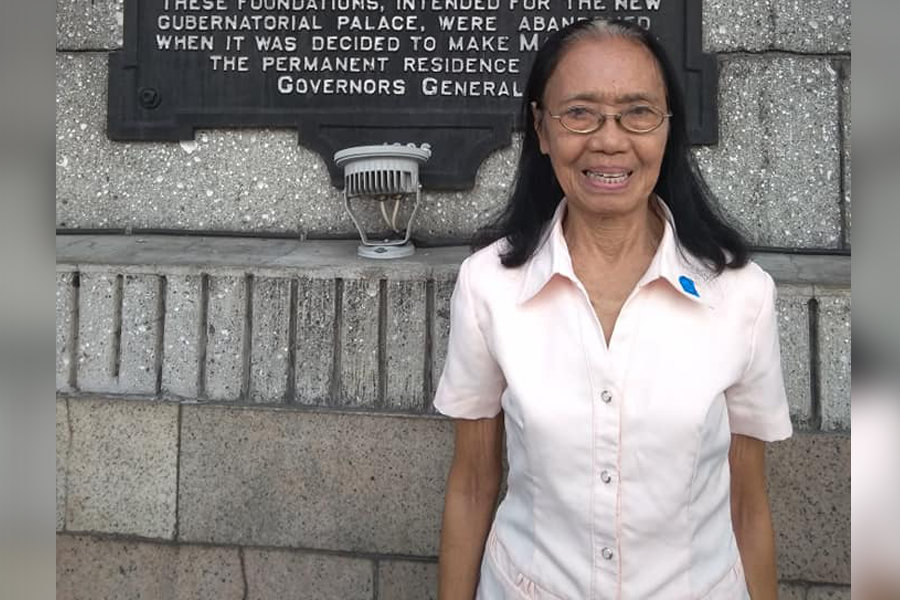 “She has dedicated her life to helping and serving abused women. In the 1980s, she also actively led the cases of women victims of sex trafficking. She became active in campaigns against giant mining companies and ran for council in her hometown of Mindanao.

The women’s group Gabriela said there was no reason for her arrest other than the fact that she had been their leader for decades.

“She is one of the pillars of the women’s movement in Mindanao,” the group said in a statement.

“She has dedicated her life to helping and serving abused women. In the 1980s, she also actively led the cases of women victims of sex trafficking. She became active in campaigns against giant mining companies and ran for council in her hometown of Mindanao,” they added.

Hijos is also a former public school teacher and was a founding member of the Women’s Alliance for Real Change (WATCH)-Mindanao – a broad movement of women who resisted the Marcos dictatorship.

According to human rights groups Karapatan, Hijos suffers from pulmonary tuberculosis and hypertension. She recently suffered a mild stroke.

“She is bedridden and has difficulty walking, sometimes in a wheelchair. How can an old, aged woman, with a build as frail as Atel’s, commit all the crimes with which she is charged? said Cristina Palabay, general secretary of Karapatan in a statement.

Palabay said Hijos’ arrest is based on fabricated testimonies from soldiers who accused her of being a fighter and of having been involved in armed clashes.

Palabay said “this is a blatant lie given Atel’s advanced age and fragile physical condition”.

“In one of the charges against her, she presented strong and reasonable evidence that she was involved in election-related activities at the time of the alleged incident of armed encounter between soldiers and New People’s Army rebels. . Like all those who were arrested, Hijos was red-tagged, through numerous posters and leaflets bearing his name and photo distributed by the military in public places in Caraga,” Palabay said.

Karapatan registered, in July this year, 92 political prisoners in the Caraga region, including 22 women.

They expressed concern over the cases filed in court, saying “the region has become a warrant factory where bogus charges against activists are concocted to suppress their voices and stifle political dissent.”

Karapatan also said Luzon-based trade unionists Juan Alexander Reyes, Rowena Rosales, Maoj Maga and Antonieta Dizon, and development workers Benito Quilloy and Rita Espinoza were also implicated in bogus charges filed in the Caraga courts, despite the fact that these individuals I have never been to Mindanao.

“The successive arrests of longtime women’s rights activists Atel Hijos and Adora Faye de Vera, who both fought against the Marcos dictatorship, show the government’s contempt for the brave Philippines who fight against political repression,” said Palabay.

The group demanded the immediate release of Hijos and De Vera and all political prisoners on humanitarian and just grounds.

“We urge all women human rights defenders in the Philippines and around the world in our collective call – Free our sisters! Free yourself ! said Palabay. (RTS, JEE)