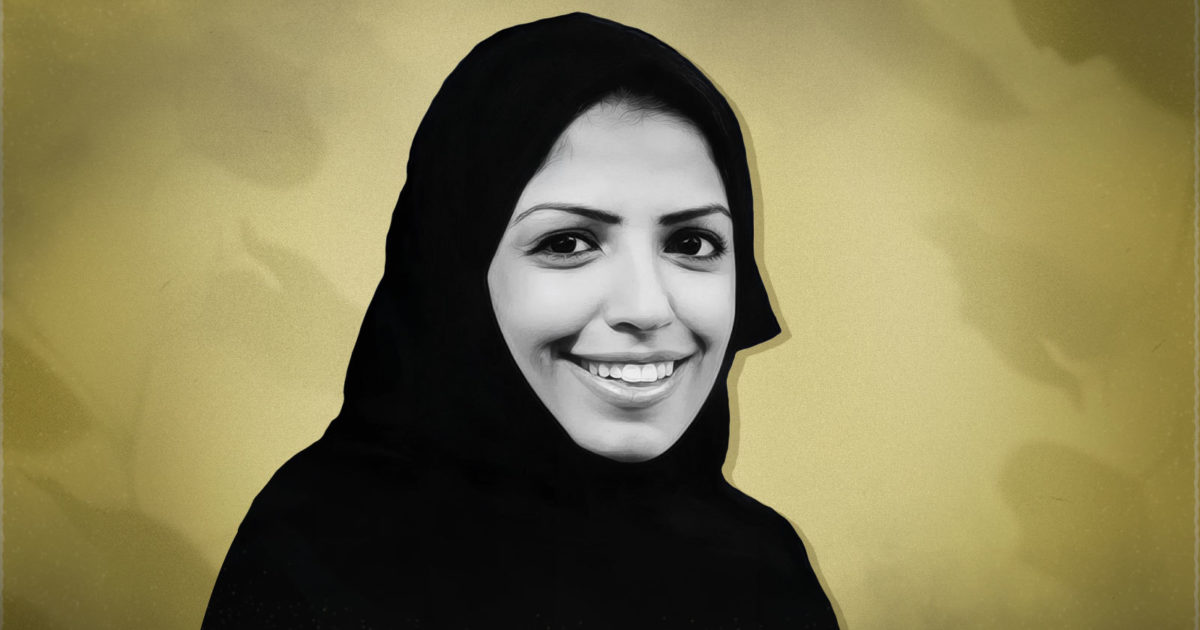 We, the undersigned NGOs, call on the international community to pressure the Saudi authorities to immediately and unconditionally release women’s rights activist and academic Salma al-Shehab, who was recently sentenced to 34 years in prison on the base of tweets in favor of women’s rights and for the respect of fundamental rights. It is the longest known prison sentence handed down to a peaceful freedom of expression activist in Saudi Arabia, signaling an alarming deterioration in the human rights situation in the country.

Al-Shehab, 34, a mother of two, is a dental hygienist and PhD candidate at the University of Leeds in the UK, where she resided before her detention. She was arrested on January 15, 2021 while on vacation in Saudi Arabia, and subjected to solitary confinement and lengthy interrogation sessions for nine and a half months before being brought before the specialized criminal court ( CPS), a tribunal used as an instrument of repression to silence dissent in the kingdom. Al-Shehab belongs to the country’s Shia Muslim minority, which has long suffered from government repression.

On August 9, 2022, the specialized criminal appeals court sentenced al-Shehab to 34 years in prison after a grossly unfair trial, followed by a travel ban of the same duration. Charges against her included ‘supporting those who seek to disrupt public order’ and posting tweets ‘that disrupt public order’, in connection with posts about her Account where she expressed her support for prisoners of conscience such as women’s rights activist Loujain al-Hathloul. The sentence also includes the closure of his Twitter account and the deactivation of his phone number.

Al-Shehab was convicted under the kingdom’s draconian anti-terrorism and cybercrime laws, which include vaguely worded provisions that criminalize the rights to freedom of expression, association and peaceful assembly in Saudi Arabia. She was originally sentenced to a six-year term in March 2022, 14 months after being detained, but her sentence was increased during the appeal process, resulting in the longest known prison sentence for a peaceful activist in the country. kingdom. This decision is subject to appeal to the Supreme Court.

We strongly condemn the arbitrary arrest and unlawful sentencing of al-Shehab, which marks a further escalation in the crackdown on freedom of expression in Saudi Arabia. Contrary to the authorities’ rhetoric on human rights, including women’s rights and legal reform, the real drivers of reform – activists demanding human rights – continue to be ruthlessly targeted and silenced, repressive laws being used to criminalize their peaceful expression and activism.

Al-Shehab’s unfair sentencing follows US President Joe Biden’s recent visit to Saudi Arabia, as well as French President Emmanuel Macron’s welcome to Saudi Crown Prince and de facto ruler Mohammed bin Salman in Paris. Such high-level meetings, without firm preconditions, only emboldened the kingdom’s leaders to commit further abuses, as many of us warned ahead of Biden’s trip.

As global calls to hold Saudi leaders accountable — including over the 2018 state-sponsored killing of Jamal Khashoggi — have become more muted, authorities have returned to their usual pattern of repression, a permanent feature of Saudi rule. Crown Prince since 2017. This includes the arbitrary arrest and detention of people peacefully exercising their human rights; long prison sentences for peaceful critics after grossly unfair trials; the arbitrary use of travel bans against activists once released from prison; the deliberate medical and administrative negligence leading to deaths in detention; and the inhuman conditions of the detention centers where migrant workers and their families are held.

Meanwhile, Saudi authorities have carried out 120 executions so far this year – more than double the number for all of 2021 – including the execution of 81 men on March 12, 2022, its largest mass execution in the world. during the last decades.

Only sustained international pressure on the Saudi authorities will lead to significant progress towards full respect for human rights and freedoms in the country. We therefore call on the international community, especially states with diplomatic influence such as the United States and the United Kingdom, to put pressure on the Saudi authorities to immediately and unconditionally release Salma al-Shehab and quash his conviction, as well as to release all the other persons currently detained. in the kingdom for the peaceful exercise of their fundamental rights.