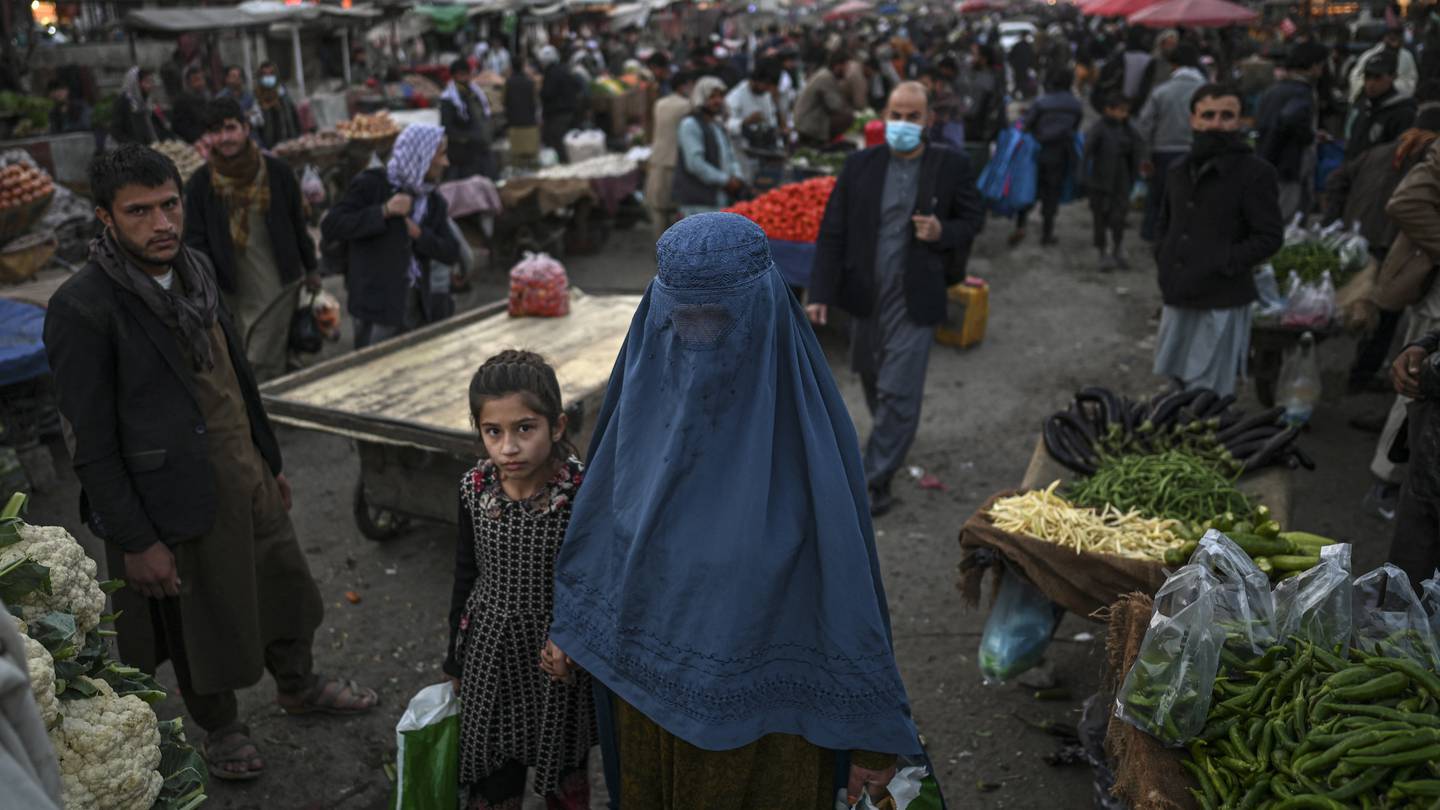 Life is getting harder and harder for Afghan women. Since the extremist group Taliban took power last August, they have mounted an all-out assault on women’s rights, imposing arcane restrictions on women’s movements, ability to work and dress.

Despite promising to respect women’s rights, including the right to work and education, the Taliban have repeatedly created obstacles to women’s access to secondary schools and workplaces.

“Professional women in most sectors have been sent home or forced to resign because of the restriction. Apart from that, the private sector, which had more than 3,500 women small and medium enterprises, has been reduced to a few dozen,” said Nargis Nehan, women’s rights activist and former minister of mines.

Last week, the group said women must wear face coverings, called burqas, or their male guardians would be punished.

Fayeza, 23, a student from Kabul, put on her first burqa this week. As a practicing Muslim, she always wore the hijab, but never wanted to wear the burqa that her mother and older sister wore under the previous Taliban regime.

“But then the Taliban took over Kabul and my mum rushed to the market to buy me a burka for fear they would target me. I still refused because I can’t breathe under it,” she said. The National.

However, after the last decree, Fayeza relented.

“I had no choice, otherwise they would punish my family members,” she added, discouraged.

The decree also stipulated that government employees who violated the burqa rule would be fired.

But even keeping your job does not guarantee that you will actually be allowed to work.

Najila Ahmad, 32, has not been allowed into her office in central Kabul for nine months. His last day on the job was August 15, when the Taliban seized the Afghan capital and took control of the country.

Technically, she is still employed by an Afghan government ministry, where she held a prestigious position as the director of a department that provided services to women.

“I still get a reduced salary, but they [the Taliban] don’t let me go back to my job. They say to me, ‘We are paying you, what else do you need?’ but money is not everything,” said Ms. Ahmad, a pseudonym to protect her identity.

Ms Ahmad said no justification was given to her as to why she was being denied access to her office.

In September last year, a Taliban representative told reporters that the group would allow female workers to return to work in government offices. However, very few have been allowed to return, according to reports.

In a traditionally patriarchal society, Ms Ahmad worked extremely hard to get to the position she held before the Taliban took over, taking night classes to complete her education despite her family commitments.

Her hard work paid off and she rose through the ranks.

“We worked with other women and helped Afghan women gain better access to our services. I loved my job because I was able to serve people, especially women,” she said.

But now that the Taliban are tightening restrictions on women, Ms Ahmad’s hopes of ever returning to her job are slowly fading.

Ms. Nehan collected data on the impact of the Taliban takeover on women’s livelihoods.

Many sectors, including civil society, health, education, have been affected to varying degrees, she said.

“The Taliban have made it very difficult and expensive to hire women in offices. For example, they order that there be separate working spaces for women, there is no support within departments for women and women should not be allowed without a mahram,” he said. she explains.

“Furthermore, women are not allowed to represent the organization at meetings or conduct outside activities such as purchasing and processing documents. So you can understand why an organization won’t want to hire women.

Afghan economy suffers as half of workforce disappears

The lack of women’s participation has contributed to the deterioration of the state of the Afghan economy, Ms. Nehan said.

“When their whole purpose is to control women and interfere in private family affairs, it can be detrimental to the economy. There have been no development projects, no infrastructure, no protection social over the past few months,” she said.

Banning women from participating in economic and public activities will also have a disastrous impact on the economy, a UN report warned last December.

This new socio-economic assessment on Afghanistan estimates that preventing women from working could result in an immediate economic loss of up to $1 billion, or up to 5% of the country’s GDP, said Program Administrator Achim Steiner of the United Nations for development.

“Young, educated and active women were our main target audience. But business was hit hard after the takeover as many of our female customers lost purchasing power,” he said.

But Anwari and her associates, one of whom is a businesswoman, quickly adapted. He shifted his business from jewelry to selling burkas online.

“In September itself, we speculated that such a ban might be enforced and started selling burqas. And today we sell almost 20 pieces a day,” he said. Prices for the burqas they sell have gone from 600 Afghanis (about $7) in September to 1,500 AFN ($17) today.

“The business is doing well. We even provide home delivery so women don’t have to worry about having a Mahram,” he added.

Life without a male guardian

As difficult as it is for Afghan women right now, it is more difficult for female-headed households.

“The Taliban killed my only mahram [male guardian] during an attack years ago, and now they decide I can’t leave the house or choose how I dress without it. So should I borrow a mahram for them to punish me? Marzia, 50, a university professor says The Nationalreferring to the new decree that punishes male guardians of women who do not wear the burqa.

Ms Marzia said she was often stopped on her way to work by the Taliban, who berated her for traveling without a mahram.

“They have no respect for me as a university professor and ordered the drivers to drop me in the middle of the roads,” she said.

“Where in Islam is such an outrageous act against women allowed?”

“We’ve had war for over forty years and lost millions of lives, disrupting families,” she said.

“According to some estimates, there are at least two million households where women are the breadwinners. Who do they think will take responsibility for these families if they are prevented from working?”

Afghan women, however, continue to resist and protest against the new decree. Despite threats, arrests and harassment, many women demonstrated on May 10 to express their dissatisfaction with decisions governing women’s clothing and movement.