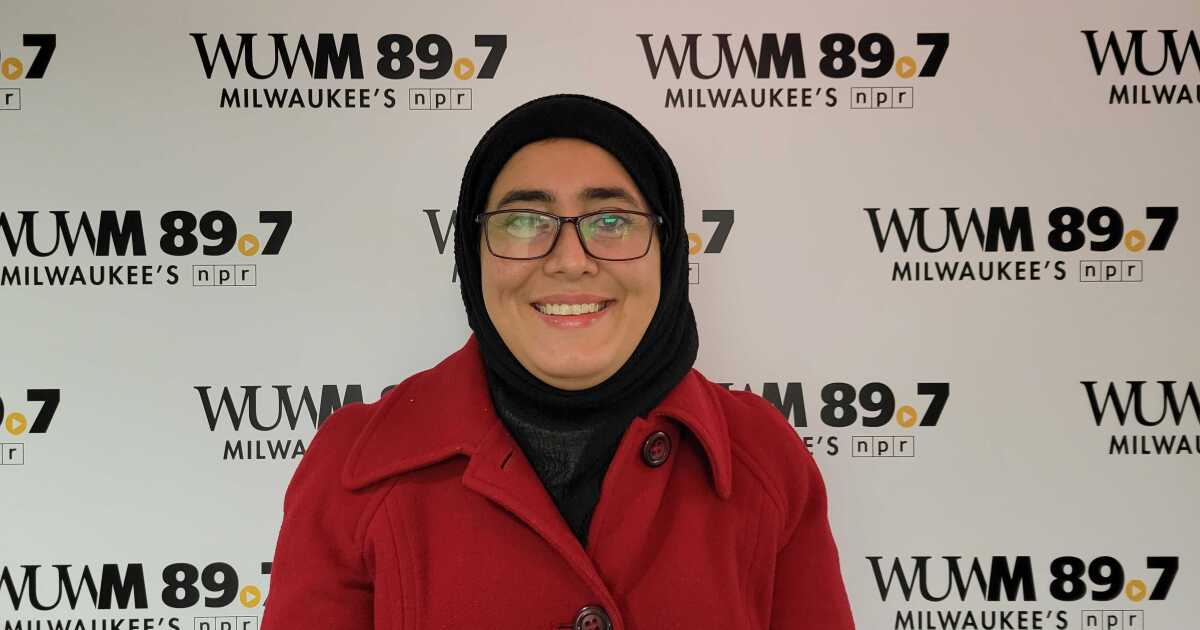 Many Afghans fled their homeland when the Taliban returned to power after the United States pulled out of its 20-year war. Maryam Durani was among them.

In 2012, she was one of TIME among the magazine’s 100 most influential people and received the International Women of Courage award for her work developing Afghan women and fighting oppression. She continued this work until last year when she and her family fled.

A long conversation with Maryam Durani.

After spending several months at Fort McCoy in Wisconsin, Durani is now relocating to Milwaukee. She hasn’t been in Milwaukee long, but she has already carved out a special place for herself. “I love the beach,” Durani says. “Because I saw the beach, I feel at peace.”

Durani says she and other Afghan refugees enjoyed the lakeside visits on the shore of Lake Michigan. “Because they have more stress, and they all lose everything,” she says. “And they all lose their past lives. And now they are needed to find peace. And I think I saw the beach. I feel peaceful and I like other things in Milwaukee, the people. They all have a friendly communication with the new people who arrive, with the refugees. And I love both of those things.

Although Durani knows a little English, her mother tongue is Dari. It is the Afghan dialect of Farsi, spoken in Iran.

So we enlisted the help of local interpreter Kourosh Hassani, who is an ESL teacher in the Milwaukee Public Schools Bilingual Multicultural Education Department. Durani responds in Dari and Hassani translates into English.

“After this explosion, I knew death and I was no longer afraid of it. Because I said, ‘If I’m meant to die, then let me leave a legacy, something for the next generation.'”

Life has been good in Milwaukee, Durani says. “Because I found new friends here. And I feel like the work I was doing in my country, I can continue to do here.

Durani was born in Iran to Afghan refugees and returned to Afghanistan at age 18. She lived in Kandahar until she fled last year. Kandahar is about eight hours south of Kabul, the capital of Afghanistan, and is much closer to the border with Pakistan. Durani says there have been a lot of changes between his arrival and his departure.

“In the beginning, when we arrived [to Afghanistan], security was very good,” she said. “There was no name, name or mention of the Taliban, they didn’t even exist. One of the bad things I had was that the women didn’t really work outside, there was no There was only one principal who was a woman who was principal of this school, and in the universities, the women were not present, or the girls were not present.

Durani saw these problems and realized that the women themselves had to be active and solve them. She became a provincial council member of the Kandahar Council. She graduated from college.

Durani founded the Kandahar Women’s Advocacy Network, made up of two dozen women-led advocacy groups. She established a women’s internet cafe, a women’s library, a college, a fitness center and the first women’s radio station in southern Afghanistan.

As for where she found the energy to do all these things, Durani says, “What really inspired me was the presence of the other young women who are next to me. And so when I saw the girls and the women coming up when I had done something, and they were laughing, and they were really happy about it, that encouraged me to go ahead and do another , take another step or move.”

When TIME magazine wrote about Durani in 2012, it said Kandahar province is often called the spiritual home of the Taliban. And it’s a place where it’s better to be quiet. But this is not Maryam Durani’s way. How did she deal with threats and concerns about being involved in these issues?

“The first two years were very peaceful, it was very good. And so, I thought it was best that I work for women. It was after the second or third year that the problem started to arise. But the good thing, the good thing that I had was my family and they were by my side, and they would support me for that,” she says.

The first explosion at his workplace really gave him the courage to keep going, Durani says. “After this explosion, I knew death and I was no longer afraid of it. Because I said, ‘If I’m meant to die, then let me leave a legacy, something for the next generation.'”

She says she has experienced a lot of bad things in her life and during these trips as a refugee. “And so I said, ‘If I can make changes so that the next generation doesn’t go through the same thing after me, why can’t I? Why shouldn’t I do something about it?’

Durani survived two assassination attempts. “Twice I’ve had, you know, personal blasts at me, where they’re blowing themselves up.” She says one of her colleagues was murdered. “We were campaigning on a work that we were working on together. And I was forced to go and live in hiding in Kabul for six months. On top of that, there have been a lot of calls, there are a lot of threats made by the Taliban against me.

Durani admits that not everyone has the kind of selflessness and courage to help the next generation. She says her selflessness dates back to her childhood.

“From my mother and my father, I have always learned to help others. My mother always tried to help other refugees who came to Iran to try to help them. And my parents did that. So, I saw that in them. And as a kid, I read a lot of books. And in the books, I read a lot of people who made sacrifices for their society. And for that reason, I wanted to be someone who is able to smile and bring happiness to others.

“It’s very difficult for me to express, ‘What do you miss at home?’ because your country makes your identity. I am like a person whose identity I have lost.”

Durani does not feel as if she was in danger by being in the United States and talking to the media. “No, not right now because right now I’m here. I feel safe, but if I decide to go back, then yes.

Durani calls her trip to the United States scary and dreadful. When Kabul fell, she had to hide in a house for two to three weeks. Even the children could not go out. His family tried to get to the airport three or four times during this period, and each time they were afraid of being arrested by the Taliban. Each time they were turned away, they lost hope. They finally made it! But, says Durani, that comes with the heartbreak of leaving it all behind.

“For you to be forced to leave everything you have, you had to let it go and follow a path that you don’t know what the end will be. And when you start on that journey path, you see, there is lots of scary stuff until you reach safety.

Obviously, there were hardships in Afghanistan, but Durani says she really misses her job, her friends, her colleagues and her employees. “It’s very difficult for me to express ‘What do you miss at home?’ because your country makes your identity. I am like a person whose identity I have lost,” she describes.

In fact, Durani has a metaphor for this loss of identity. “The immigrants from Afghanistan who have come here, they are almost like newborn babies right now. Because right now they don’t have anyone. They do not know anything. And they can’t talk. And that newborn must, little by little, grow and develop – like learning a new language, learning to communicate with each other and with others, and discovering some of the advantages and disadvantages of society.

In the United States, women have the right to work, to go to school, to be in government. Durani says she was able to allay some of the worries she had in Afghanistan. “I can’t say that like everything I was fighting for there, they have it here right now. Not everything, but a lot of the stuff I was fighting for is already available here.

Durani says the new environment, with her new rights, gives her the opportunity to become a better person. “Someone who has a positive impact on himself and his environment.” She wants to be a role model for children and encourage them to learn and grow.

In Afghanistan, the Taliban makes many efforts to restrict women, such as prohibiting long road trips for women who are alone, requiring hijabs and attendants to take taxis, telling female workers to stay at home, restricting schools secondary schools to only boys and male teachers.

Durani is most concerned about school closures. “Because all my advocacy in the past has always been that women should be able to be educated because I believe in it. It is an advanced and independent society, for the society whose women are illiterate. It’s like a society that has no mind or brain, and anyone can use and abuse that society.

Now Durani says she can help Afghan refugees overcome culture shock and move on. “For example, I saw people from villages or from the outskirts of towns in Afghanistan, and they came to town. It was a very closed society when they were, for example, in these villages. And so, girls have always had this image in their minds that they can’t do anything but get married and have children. I want to teach them that now that you are here, you have this opportunity. So I want to plant the seed and give them the idea that now I can do something here. So leave it to me.

Durani says people can help Afghans right now in Milwaukee and across the country. “I see various groups, organizations that support. They can offer support or help or donations to these organizations that help refugees. For example, two women who worked with me, they help me understand America. society and how to function in it.

She says she was very happy to have met these women. “So it’s important for individuals, like the one I had the opportunity to meet, that they meet the individuals and the people who can guide them and help them in the new society.

Durani says it’s also important to help young Afghans go to college. She says they will need support or financial aid, or help in the form of scholarships or grants.