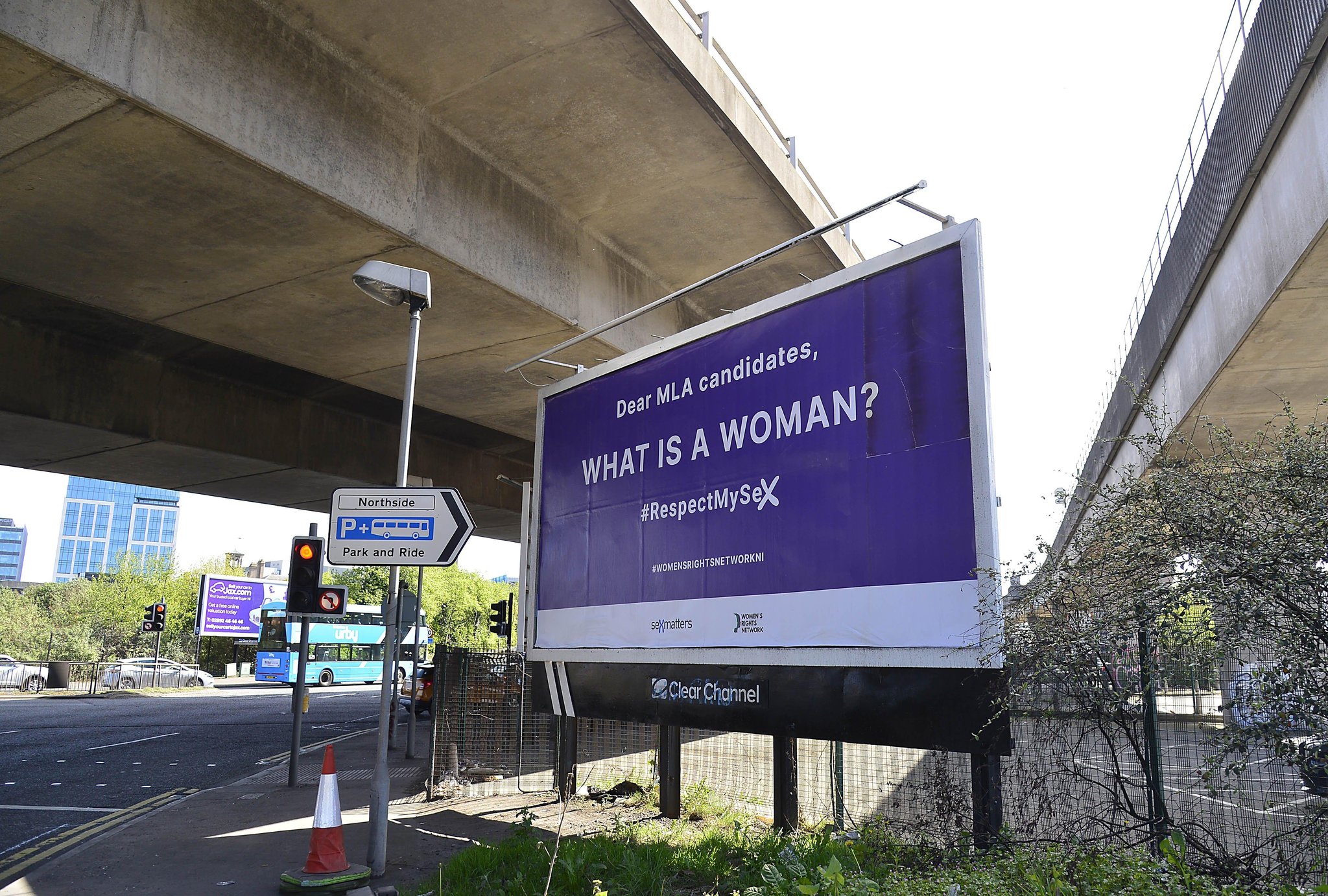 Women’s Rights Network Northern Ireland (WRN NI) have reported to the PSNI the defacement of the billboard, which has been erected between the M2 and M3 motorways in central Belfast.

The WRNNI believes that women are defined by biology and opposes measures to allow men with genitalia but who identify as women to use female-only spaces such as washrooms and locker rooms.

The group installed the billboard calling on future MPs throughout the election to state the definition of a woman as part of a UK-wide campaign to protect designated spaces women.

Register to our daily newsletter

The billboard pictured near the M2 and M3 junction in Belfast. Photo by: Arthur Allison/Pacemaker Press.

On Monday, it emerged that one of their billboards had been vandalized with graffiti saying a woman is “everything she says she is” plus the terms ACAB (All Cops Are B** *****) and F***** * TERFS (a term for feminists who reject transgender ideology).

“WRN NI reported the vandalism of our billboard to the PSNI as well as the nature of the language used in the graffiti which was threatening and anti-woman. We have seen the term TERF used as a weapon against any woman standing up for our rights to define ourselves,” a WRN NI spokesperson said.

They continued: “On Monday a group of strange men took pictures of some of our wives with their children in the park. Two of them exposed themselves during a taped interview with WRN founder Heather Binning. Again, this says a lot about the kind of sexual harassment women face on a daily basis.

A PSNI spokesman said: “Investigations are ongoing into this incident, which police are treating as a hate crime.”