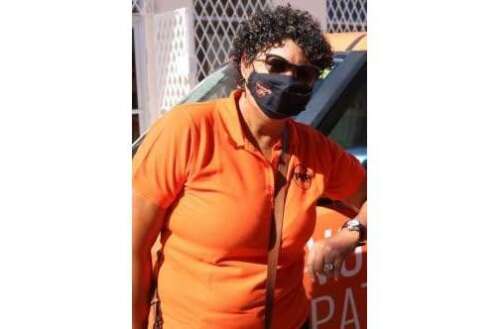 PNP women’s movement ‘chooses to challenge all shades of abuse’

Talk with the Jamaica Observer Ahead of the movement’s 2021 conference, scheduled for this Saturday, Duncan Sutherland said the theme for this year’s conference, “Choose to challenge all shades of abuse,” will propel the organization’s activities for this year.

“As we work on women’s rights in our countries – we must choose to challenge,” she said, highlighting the 2021 International Women’s Day theme “Choose to Challenge”, which challenges prejudice and gender inequalities. find our voice, and how can we step up and raise our voices as we challenge these things,” added Duncan Sutherland.

She told the Observer that Miss Universe 2019 Zozibini Tunzi was selected to be the keynote speaker for this year’s conference because she has been a global advocate against gender-based violence and for gender parity.

Duncan Sutherland also highlighted the link between Jamaica and South Africa. “There are quite a few similarities in our cultures, so we thought it would be appropriate,” she said. “We are following the passage of the law on sexual harassment. [by the House of Representatives], having, as a women’s movement, got the party to establish our own policy against sexual harassment three years ago. He is [about] how do we play our part in raising awareness and facilitating these conversations, so as to minimize sexual harassment in Jamaica and minimize gender-based violence.

She said that opening up dialogue on these issues helps to pave the way for the introduction of gender parity in all spheres of national life.

Duncan Sutherland pointed to disparities in society, which are heavily skewed in favor of women, such as leadership positions, and the percentages of women versus men in the political arena.

“Forty-five percent of our households are headed by single women, but they are not as dominant in the workplace and they earn on average 65-70% of what men earn. So we have a lot of work to do on equality, equity and gender relations in Jamaica, so that we can change the power dynamics,” she said.

According to Duncan Sutherland, on the other hand, the gender imbalance in other fields, such as higher education, is also of concern, as women continue to dominate in this field and in middle management positions. “No bias is good, we want it to be equal almost all the time,” she remarked.

Meanwhile, Duncan Sutherland said that with the passage of the Sexual Harassment Bill, there is an urgent need to introduce the topic of sexual harassment in schools to help curb behavior and improve relationships between boys. and daughters.

“The next step for us is to put this into our school curriculum – how girls and boys relate to each other. It’s not beyond us. Our schools need to do a lot more to shape the kind of society we want, and a big part of the society we want is respect between the genders,” she said. The PNP women’s movement commemorates 48 years of serving women and girls through political advocacy, building grassroots communities and legislative changes.