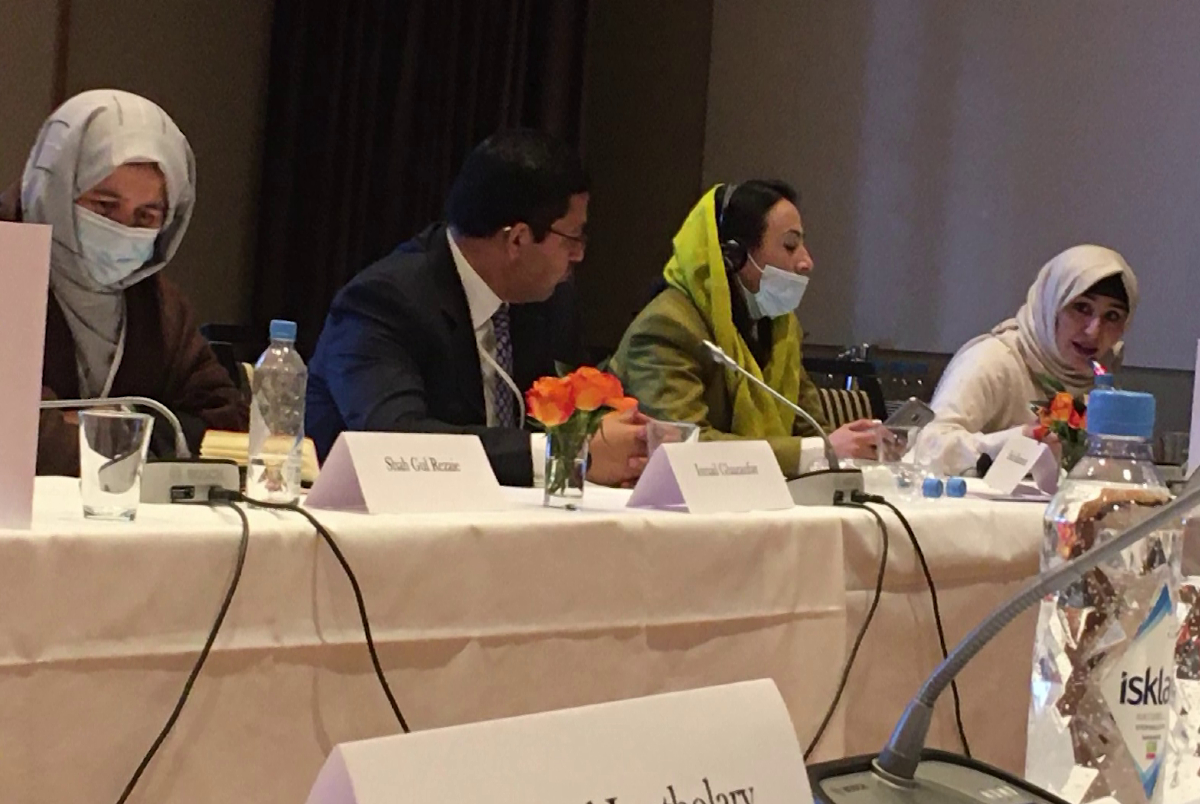 Afghan women’s rights representatives at a meeting with the Islamic Emirate’s delegation on Sunday in Oslo called for the reopening of girls’ schools and the inclusion of women in government.

The closed-door meeting brought together six women’s rights advocates, seven politicians and a senior journalist along with the 15-member delegation from the Islamic Emirate.

During her speech at the meeting, Huda Khamosh called on the Islamic Emirate to release the protesters who are believed to have been detained by the current Afghan government.

She presented participants with a proposal formed by the Afghan civil society community and women’s rights activists.

Khamosh urged the UN to monitor the human rights situation in Afghanistan.

The proposal of the women’s representatives in Oslo is as follows:

“Formation of an independent council by the UN to monitor the situation of human rights in Afghanistan. Formation of a roadmap to solve political problems via the people. Respect the rights of citizens, in particular the right to work, to receive an education and to enjoy freedom of expression. The Islamic emirate is attached to the constitution.

“Some important issues including human rights, women’s rights and issues that exist in the private sector were discussed,” said Nazifa Jalali, a women’s rights advocate.

US special envoy for Afghanistan Thomas West tweeted from Oslo, saying he welcomed Norway’s initiative to arrange a meeting between the Islamic Emirate’s delegation and the society’s leaders Afghan civilian.

“We welcome the initiative of our hosts to bring together Afghan civil society and the Taliban for a dialogue. Civil society leaders are the backbone of healthy and prosperous economies and societies,” he said.

Women’s rights and human rights advocates hailed the Oslo conference and called for face-to-face meetings between the Islamic emirate and members of civil society inside the country.

“These meetings should be meaningful and have a clear purpose. The participation of all political and social parties and those who suffered from the rise to power of the Islamic Emirate must be highlighted,” said Fawzia Koofi, leader of Hezb-e-Mawj Tahawol.

“This is a positive step as women’s representatives are invited to the summit as women are sidelined in Afghanistan,” said Monisa, a women’s rights activist.

The summit in Oslo on Sunday between the delegation of the Islamic Emirate and representatives of the civil community took place a few days after the disappearance of two protesters in Kabul.