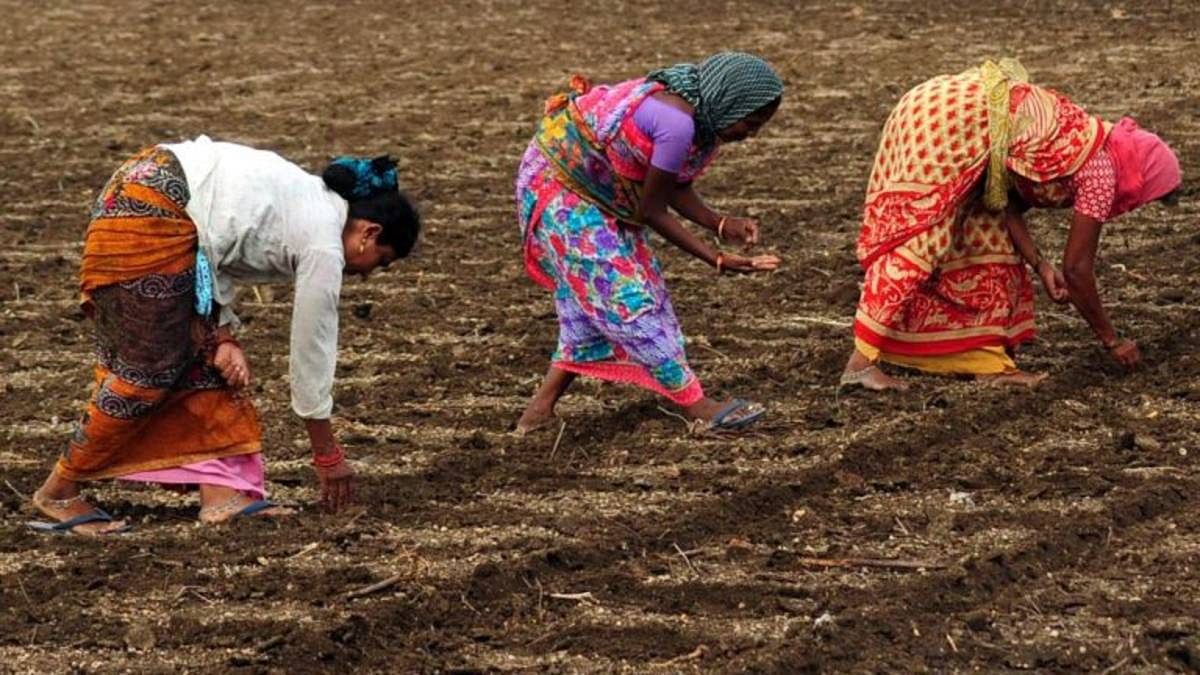 New Delhi: It is a common refrain in traditional societies that a woman’s place is at home and her primary responsibility is to take care of her family. This is even more true after childbirth when the mother is expected to be the primary caregiver. More existing research show that childbirth has a negative impact on a woman’s employment prospects. However, the latest evidence from India challenges this generalization.

A published study by the United Nations University’s World Development Economics Research Institute (UNU-WIDER) found that for rural women engaged in agricultural work, childbirth is not a significant threat for their employment prospects.

The study, carried out by Rosa Abraham from Azim Premji University (India), Rahul Lahoti from ETH Zurich (Switzerland) and Hema Swaminathan from IIM Bengaluru, interviewed around 6,000 people from two Indian states – Rajasthan and Karnataka. (The study does not mention why these two states were chosen.)

According to the researchers, after the birth of the first child, the overall likelihood of mothers finding a job did not change significantly. While most women stop working the year after giving birth, the study found that their likelihood of getting paid work gradually increases.

“Our results are largely influenced by rural women, for whom agriculture or some form of informal work is likely to dominate their employment. These types of jobs may be more conducive to being undertaken with childcare responsibilities than working in an urban or more formal setting, ”the study observed.

Childbirth and its impact on maternal employment have been studied in detail in developed countries, where women are in formal employment and have access to childcare services. The authors, through this study, show that the negative effects of motherhood on a woman’s employment, experienced by other countries, cannot be generalized to India.

However, as the study does not take into account the intensity of work (number of hours devoted to work), the evolution of income, etc., many aspects related to the impact of childbirth on the childbirth. employability of a woman is not addressed here.

The authors also observed that “the birth of a child, while not posing a threat to employment prospects, significantly increases the likelihood of women in informal employment. In fact, we find that this increase affects women with less education and women in the poorest households. “

The authors added, “This indicates that for many new mothers, leaving employment is not an option. They are forced to participate in labor, which is informal, shortly after childbirth. This immediate return to work risks being to the detriment of the health of mother and child. The authors argue that the absence of a “sanction” as understood in the context of developed countries may not be an indicator of a favorable outcome for mothers. On the contrary, the sanction comes in the form of having to continue working immediately after childbirth in informal, precarious and poorly paid work.

Read also : How the “tampon bank” set up by students at Allahabad University helps slum dwellers get rid of rags

Using the life history calendar (LHC) method – which uses “autobiographical information” about the life events of those surveyed – on 3,078 of the 6,000 people included in the study, the researchers recorded a time series of events experienced by respondents since the age of 15.

The study also found that most respondents had little choice regarding the nature of the job.

According to the study’s authors, economic growth in India, which has mainly occurred through the service sector, has brought little diversification of employment opportunities for women, especially in rural India. They cite the fact that over 73 percent of women in rural households continue to be engaged in informal agricultural (and related) work, to support this.

Read also : Do not count only women ministers in Modi’s government. Portfolios more crucial for equality

In rural areas, corporate gender norms have restricted the work women are allowed to do. Most of the women are engaged in work which they can do at home, or when they do not have to travel far and are therefore also able to help with the housework. This allows them to continue working.

The other reason is that in rural societies, extended families continue to live together, so there is someone at home to take care of the child in the absence of the mother. The main reason women do not experience any job loss after childbirth is the work environment conducive to rural women, the researchers noted.

Unlike in Western countries, institutional daycare (state-funded crèche where working mothers can drop off their children) are almost non-existent in rural India and children were mainly cared for by their families, the researchers found. Women who have more children (the older ones look after the younger ones, in this case) or who live with their spouse or in-laws are more likely to be in paid employment than those who live with their parents or in-laws. other family members.

(This story has been updated to reflect the additions the United Nations study authors made in their report.)

Read also : Pew India investigation brings us back to something else Gandhi, Savarkar differed on