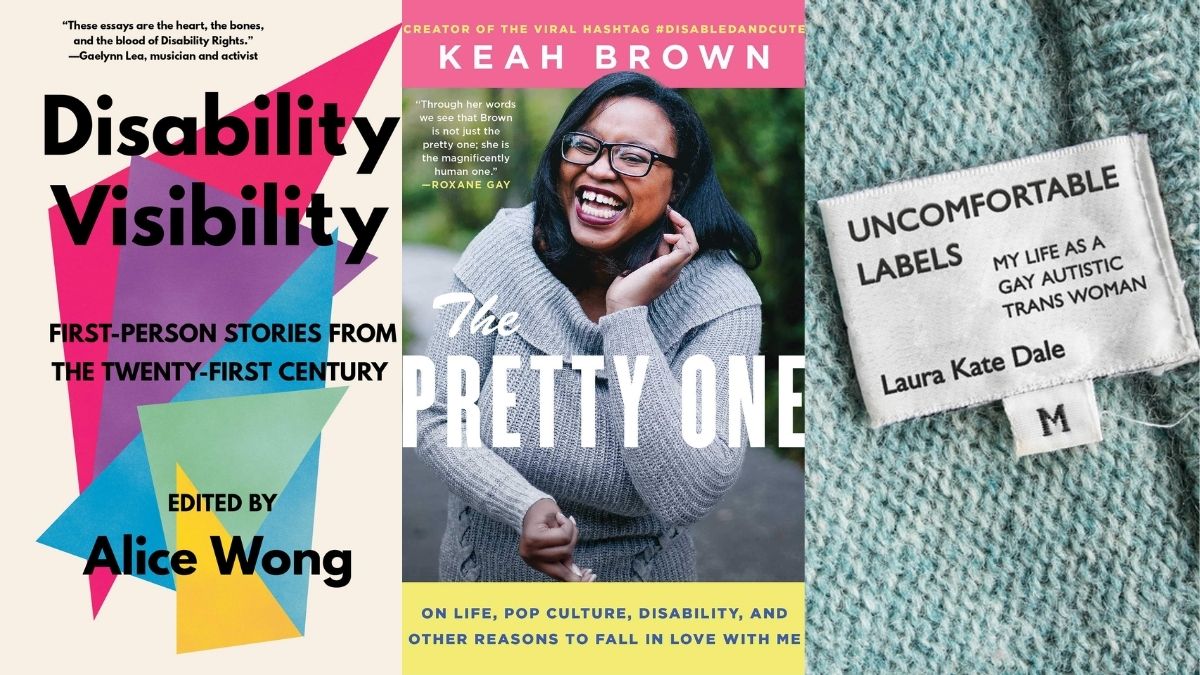 Memoirs of Disabled Activists and Artists

In addition to Women’s History Month, March is also National Disability Awareness Month. We share memoirs and collections of essays from women (particularly artists and activists) living with disabilities – currently or in the recent past. Not everyone with a particular identity makes them an activist. But choosing to share these stories in the face of the continued trivialization of ableism (just look at how people downplayed Chris Rock’s attack on Jada Pinkett Smith’s autoimmune disease) and using their platforms to discuss these topics can seem like a revolutionary act.

Are not included in this list (because we recently mentioned them) Golem Girl by Riva Lehrer and Schizophrenia together by Esme Weijun Wang. This is your reminder to check them out anyway! While I usually include graphic novels from memory, I left them out this time because there were so many good ones, and it warrants its own list. (Yes, I’m biased because historical and memoir graphic novels are my favorites.)

The Pretty One: On Life, Pop Culture, Disability, and Other Reasons to Fall in Love With Me by Keah Brown

Keah Brown, the creator of the viral hashtag #DisabledAndCute, writes a collection of vulnerable and thoughtful essays that delve into various challenges in her life as a woman with cerebral palsy. The title refers to comments comparing her to her able-bodied (non-disabled) identical twin sister, often referred to as “The Pretty One”. Brown’s love of pop culture shines through as she discusses what it’s like to be disabled and how the media misrepresents disability on screen.

On the 30th anniversary of the Americans with Disabilities Act (ADA) of 1990, Alice Wong has published this anthology of essays, blogs, manifestos, eulogies, congressional testimony, and more. These stories deal with visible and invisible disabilities, and they recall stories both new and old (recontextualized). Wong released a young adult adaptation in 2021.

Although Wong contributed to this book, she also has her memoir coming later this year –The Year of the Tiger: An Activist’s Life. In addition to checking out his books, read the many stories about Wong’s Disability Visibility Project.

Jessica Dale’s book could be considered more of a gender studies book than a memoir. However, she weaves in personal life experiences as someone who is both autistic and on the LGBT spectrum as she talks about the nuances of gender, sexuality, and autism. Dale recounts how society has socially conditioned her from childhood to present as a neurotypical heterosexual boy through an ongoing journey to live her most authentic self.

A child of refugees (from two countries) relocated to Oakland and born deaf-blind, Haben Girma constantly sought knowledge and saw problems as opportunities to innovate. Entering elementary school after signing the ADA, Girma was able to access the tools to complete her college education, where she became Harvard Law School’s first deafblind graduate. This memoir chronicles the challenges and hilarious moments in her life story so far. Girma also contributed a section of Wong’s book Disability visibility.

Famous for his works like binti, After the rain, Remotethe nsibidi scripts (the Akata stories) and writing for various Shuri titles, African futurist Nnedi Okorafor also penned this highly anticipated memoir. Broken Places and Outer Spaces documents his time exploring the imagination and a creative awakening after Okorafor’s temporary paralysis. As a varsity track athlete, Okorafor realized that treating her scoliosis was not something to be put off and embarked on a routine procedure that ended up going wrong. In the hospital bed, Okorafor’s experience parallels that of artists before her like Frida Khalo and Mary Shelley as she reflects on life, fantasy and truth.

—The Mary Sue has a strict commenting policy that prohibits, but is not limited to, personal insults towards nobodyhate speech and trolling.—

Do you have a tip we should know? [email protected]