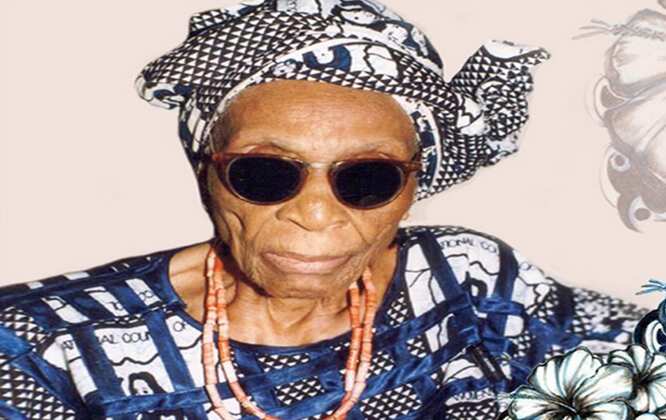 When the story of women’s activism in Nigeria is told in full, the name, Margaret Ekpo, will obviously feature prominently. Ekpo is the one who sensitized women and brought many of them to traditional activism in a patrilineal and largely male-dominated country.

Born on July 14, 1914, Margaret Ekpo grew above her immediate community of Creek Town, Cross River State, to become a rising national political figure. Ekpo would later cross and challenge national borders to make a name for himself in the male-dominated political arena of the First Republic.

Ekpo attended primary and secondary school, which was rare among women of her day. She immediately wanted to continue her studies, but this ambition did not materialize quickly due to the death of her father in 1934. She had to wait.

At 24, she married John Udo Ekpo, a doctor. Educational luck finally smiled on Margarete when she accompanied her husband to Ireland in 1944. There she enrolled to continue her studies at the Rathmine School of Domestic Economics in Dublin. The school where she studied is known today as the Dublin Institute of Technology, Dublin Ireland. She graduated with a degree in domestic science. The couple would later return to Aba, the current state of Abia.

The story records that Margarete’s involvement in community and social activism was not fully planned. It is reported that she attended political activities to represent her husband who was a civil servant and who could not participate in such protest movements organized against the colonial masters.

Margarete would later become a famous activist a decade later. She organized and unionized women in Aba. She formed a market women’s association in Aba and spearheaded women’s participation in politics. She also joined forces with Funmilayo Ransome-Kuti to protest the killings at an Enugu coal mine in the 1950s.

In 1961, Margaret Ekpo was elected to the Eastern Regional Assembly, becoming one of the first Nigerian women to hold political office.

Her political career took a nosedive with the outbreak of the Nigerian Civil War which saw her arrested and kept in prison.

Margeret Ekpo died in 2006 at the age of 92. To remember the great woman, Nigeria named Calabar International Airport in Cross River State after her.

Legit.ng had also written about the life of the late Nigerian lawyer, Bola Ige. Ige, a former governor of Oyo State was assassinated in 2001.

Prior to his murder, Ige served as the Federation Attorney General and Minister of Justice.

To date, his murder case has not been solved. Many have called for the case to be reviewed and for those who murdered him to be brought to justice.