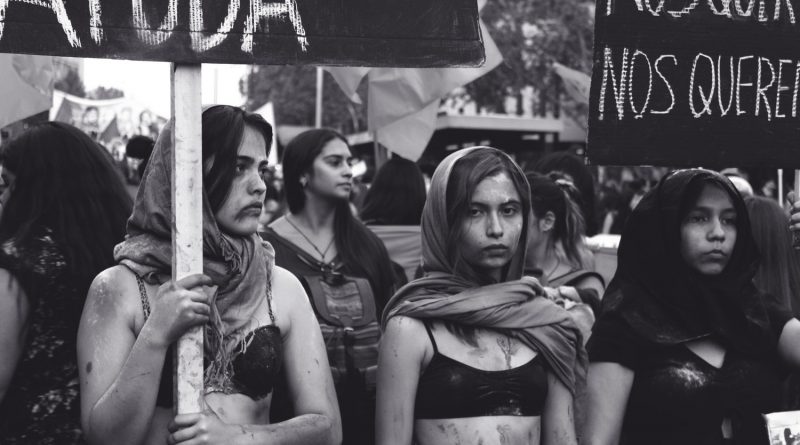 In 2017, Latin America was described by the UN as the most violent continent in the world for women. Killings of activists and community leaders continued across the region in 2018. As the murder of favela leader Marielle Franco and the uncovering of collusion between the government and private enterprise in the murder in 2016 of Berta Cáceres, an environmental activist in Honduras, have been portrayed as political murders by international media, there is significant academic work to be done in terms of theorizing the gender aspects of these types of murders.

In their influential edited volume Violent Democracies in Latin America (2010), Arias and Goldstein argue that “evolutionary” democracy theory’s understanding of disorder as institutional failure fails to capture Latin American politics in the context proliferating violence. They propose the concept of “violent pluralism” as a prism to question and understand the coexistence of structural and personal, political and social violence and democracy in contemporary Latin America. Violent pluralism is defined as “states, social elites and subordinates resorting to violence for the purpose of establishing or challenging regimes of citizenship, justice, rights and a democratic social order”. However, as a theory of violent democracies, the theory of violent pluralism is silent on the gendered realities of this violence as it plays out in Latin America. Given the success of this concept, it is important that the concept has the ability to help make visible how political violence in the region takes the form of violence against women involved in popular mobilization.

Following the massive internal displacements of the late 1990s, and supported by the progressive decisions of the Colombian Constitutional Court, the Colombian feminist and pacifist movement (in the broad sense) and a significant international humanitarian response, a large number of organizations of displaced women emerged around 2004 During a 4-year research project, a joint Los Andes-PRIO research team led by myself and Julieta Lemaitre (SJD HLS 2007) examined how mobilization helped these organizations to access their constitutional rights as Colombian citizens – first as IDP organizations, and later as part of transitional justice. Very quickly, however, the project focused on how these organizations navigated a very precarious security environment.

Gender-based violence as a barrier to organizing

Drawing on the findings of this project, I suggest that gender-based violence may be a barrier to organizing in a social field comprised of nonviolent women’s organizations that massively deploy peaceful tactics and strategies. By focusing on violent actors in civil society, the framework of violent pluralism risks erasing not only the efforts of nonviolent actors, but also their vulnerability and the impact of violence. Gender-based violence can discourage or end mobilization because women are unable to take advantage of political opportunities or tap into needed resources. Fear of violence or actual violence can undermine the framework for collective action.

In Colombia’s deeply unequal context, physical and symbolic violence combine to deter women’s activism. Physical violence and state repression can undermine and destroy ongoing activism, for example, through a very literal “decapitation of leadership”. The increase in lethal violence against Colombian civil society activists combines with a political economy of symbolic violence stemming from the way in which messages, icons or signs convey messages of domination or aggression against women . The impact of these threats depends on their nature, their context and whether they are aimed at individuals or collective entities.

Political organizing as a response to gender-based violence

Second, I call for a conceptualization of political organizing as a response to gender-based violence. The many forms of political organizing undertaken by displaced women should be examined to better understand how collective feminist political subjectivities are interpreted through gender-based violence as a mobilizing factor. Such an examination can shed light on this form of violence-mediated political consciousness as a contribution to democracy.

Political violence is often reframed as private and/or interpersonal. Being outspoken or even being organized can create risks.

Here I want to emphasize the role of education and credible documentation of threats. For grassroots organizations, a key element is harnessing a feminist consciousness among grassroots members. Many of the organizations we mapped emerged because IDP organizations typically excluded women from leadership roles and were plagued by discrimination and sexual harassment, presenting a primary barrier to women’s political activism. displaced. When activists exploit and visualize insecurity, threats and violence through multiple forms of documentation and recording, they do so in order to gain local, national and international credibility, but also as a way of co- building a shared awareness about the cause and nature of their activism and its place in the broader struggle for social justice.

Political organization as a cause of new gender-based violence

Third, I argue that political organizing is a cause of additional gender-based violence, but the link between organizing and violence remains contested: political violence is often reframed as private and/or interpersonal. Being outspoken or even being organized can create risks. An important observation is that the violence persists despite a low profile or the activist’s own systematic efforts to seek government protection – and suspicion of government motives or the adequacy of protection mechanisms remains. widespread. Moreover, acts of violence against grassroots women activists also appear to trigger specific sets of contestations between civil society and the state over the recognition of gender-based violence as politics – the recognition that violence comes in response to organization, and that the violence itself is a deliberate political act – not an act of “private” domestic violence or the result of criminal activity, usually drug- or gang-related.

There can and should be many theories about the gender of violent pluralism. My specific ambition in this blog post has been to indicate an analytical pathway by which systematic violence against women activists in Latin America can be integrated into discussions of violent pluralism. Opening up this avenue of analysis will also contribute to making violent pluralism a more sophisticated theoretical concept.