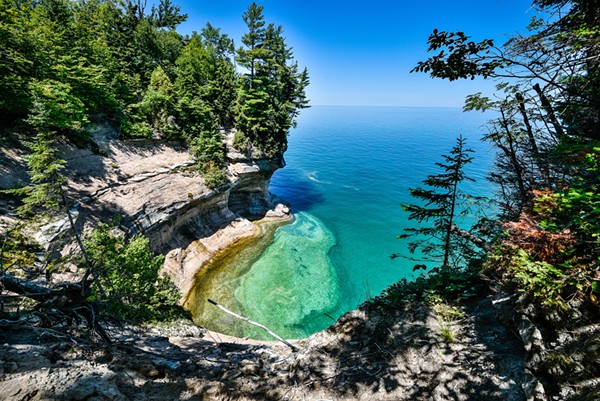 By: Jacquelyn J. Marks
In: Women rights
Click to enlarge

Lake Superior is the biggest lake ever, according to its Twitter account, and we’ll have to agree after the lake (or whoever runs the account) tweeted in support of women’s rights last week.

“This lake vehemently defends the right of women to choose”, the lake account tweeted.

Sure, Michigan folks already knew the Great Lakes were awesome, but now the Twitterverse knows Lake Superior is, in fact, superior — though we’d have to shake our heads knowing that a goddamn lake has more than sense as the Supreme Court of the United States. Kudos to whoever runs the Lake Superior Twitter account.

The lake’s Twitter account has always had a sarcastic and witty tone, but his clap-back game was strong on this one.

“As a Great Lake, shouldn’t you be more concerned about bottled water companies drying you up,” someone asked.

Lake Superior responded with this zinger: “Lakes have the capacity to contain many concerns simultaneously. Can’t humans do that?

This governor is proud of Lake Superior, which has well deserved its name. https://t.co/bdlCa6e0VV

Other lakes including lake erie and Lake Michiganhave also jumped on the bandwagon to express their support for women’s rights in this mood of a situation around abortion in Michigan.

But perhaps our favorite part of this whole thread was Lake Superior’s response to pro-Trump conservative activist Tom Fitton, which literally had us coughing up our water.

Thomas, even your first talking point is not correct. Water is not wet, what water touches is wet.

I’m sure I have a lot more experience with wetting things than you do.