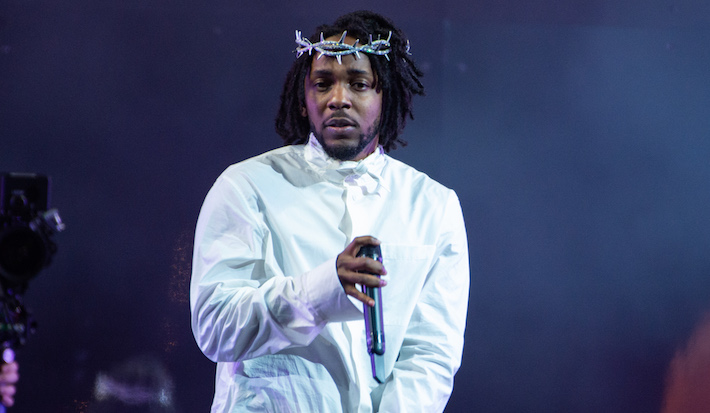 Kendrick Lamar sings for women’s rights on the Glastonbury set

Kendrick Lamar takes its performance very seriously, especially the visual aspect and what it conveys. At this weekend’s Glastonbury Festival in England, the Mr. Morale and the Great WalkthroughThe sa artist may have made his biggest statement yet, assuming the role of Jesus Christ by donning a diamond crown of thorns and alluding to the recent Roe v. Wade.

The DAMN the rapper repeatedly exclaims “They’re judging you, they’re judging Christ, Godspeed for women’s rights” as blood drips from his crown of thorns. His voice rises crescendo as he repeats the phrase over and over again before aggressively dropping the microphone and walking off stage as his backup dancers pose statically.

This display is major for such a controversial decision, especially coming from a rapper who spent his last album humanizing himself after years of being put on a pedestal due to social activism and messaging. Regardless of his position, Kendrick Lamar has always been an advocate for things he believes in even if the majority of people disagree, like his support for XXXTentacion or his alignment with Kodak Black on Mr Morale, for example. With a platform like his, it will send a message across the United States even if it’s done overseas.