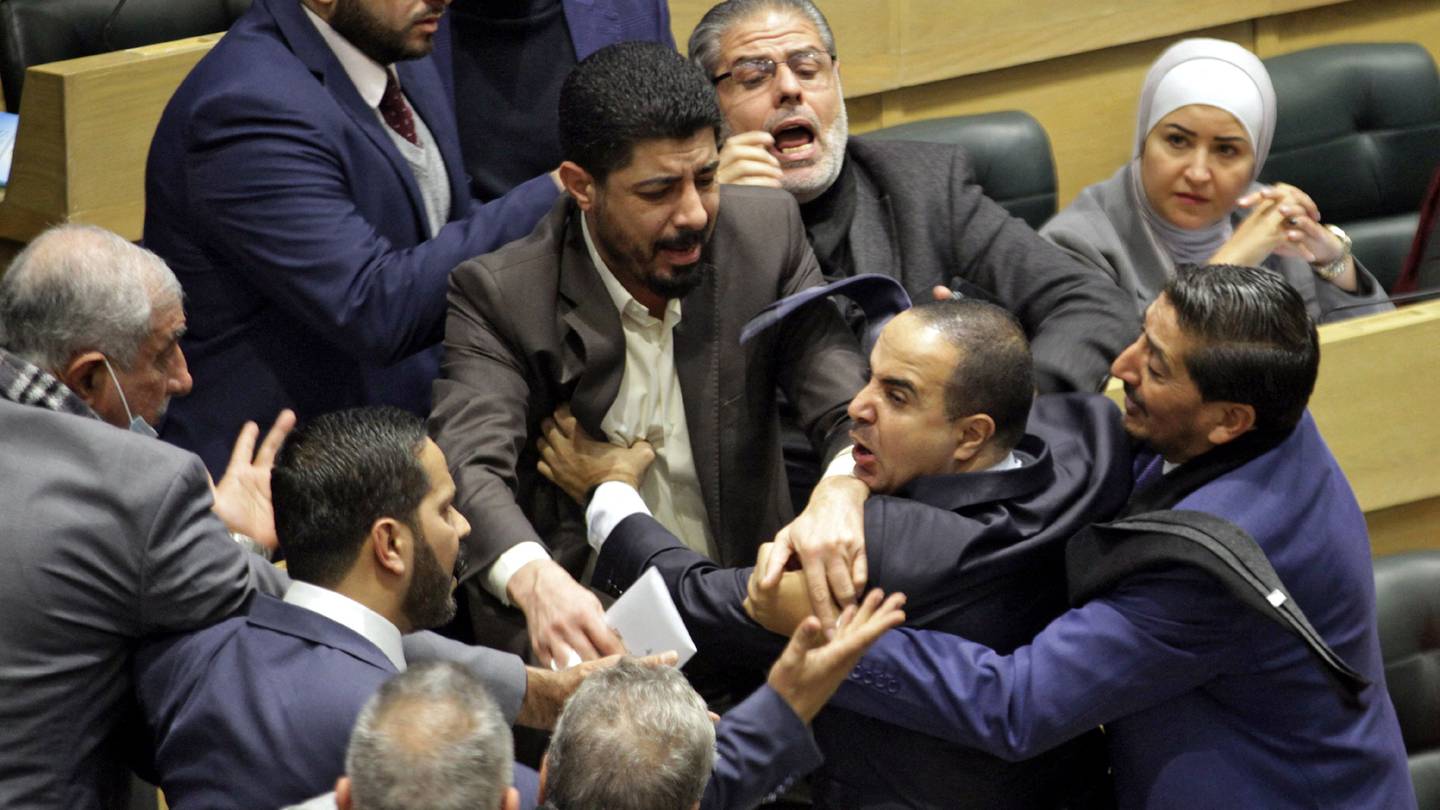 Jordan passed an amendment to its constitution to add the term “Jordanian women” after a scuffle broke out between members of parliament in the assembly last week over the proposed reforms.

Images of the fight between parliamentarians have gone viral.

The violence began when a discussion of the proposed constitutional amendments intensified. It drew condemnation from other officials as well as the public.

“This behavior is unacceptable to our people and damages the reputation of our country,” said Khalil Atiyeh, a member of parliament who witnessed Tuesday’s brawl.

The sentence was added on Sunday as the title of the second chapter of the constitution, which describes the rights and duties of Jordanians.

Out of 130 MPs, 94 approved the amendment while 26 rejected it and 10 were “absent” in the vote, the state-run Petra news agency said.

Political and Parliamentary Affairs Minister Musa Maaytah said the change was made to “honor and respect women”. Jordan’s current constitution makes reference to women’s rights, or “special conditions” in the workplace, under Article 23, but does not provide further details.

A row between Jordanian lawmakers over disputed amendments to the country’s constitution turned physical on Tuesday. All photos: AFP

Member of the Parliamentary Legal Committee, Ghazi Al Thneibat, has also been criticized for his on-air comments calling the proposed clauses on the empowerment of women and young people “aesthetic issues designed to appease the international community.”

The dispute over the issue has highlighted the deep-rooted issues plaguing Jordanian society when it comes to traditional norms.

Human rights activists stress that foreign spouses and children of Jordanian women, for example, cannot be granted Jordanian citizenship while those of Jordanian men can.

Also on Sunday, 106 deputies voted to amend a paragraph of the constitution on motherhood and people with disabilities.

“The law protects the rights of people with disabilities and promotes their participation and inclusion in various areas of life. She [the law] must also protect motherhood, childhood and the elderly, take care of the young and prevent abuse and exploitation ”, now reads article 6, paragraph 5.

The deputies, however, voted against the king’s authorization to chair the National Security and Foreign Policy Council.

On Monday, parliament will continue to discuss issues relating to the rights of persons with disabilities and their inclusion in society among the 27 proposed amendments.