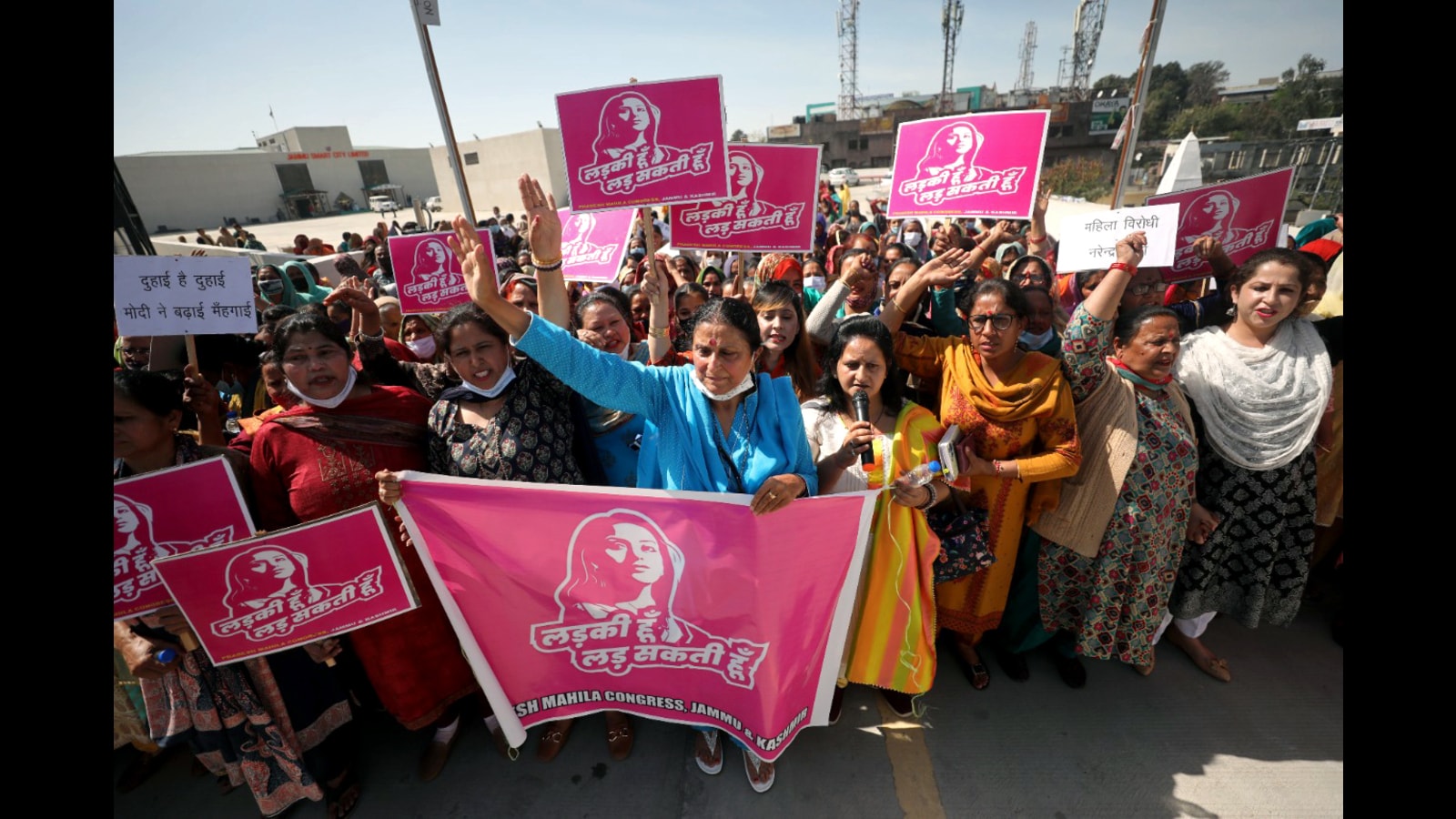 The police prevented the “Beti Adhikaar rally” from going past Indira Chowk towards the LG house.

The march was held to protest against women’s rights, inflation, unemployment and other burning issues.

The march coincided with International Women’s Day to highlight women’s rights and issues.

Organized by the J&K Mahila Congress, the march started near the statue of former Prime Minister Indira Gandhi where they offered flower petals to the leader.

Patil blasted the BJP for its failure to deliver on the promise of women’s safety. What happened in different parts of the country against women under the BJP regime is shameful, she said.

Referring to the unprecedented rise in prices and record unemployment, particularly in Jammu and Kashmir, she said the Modi government had failed to bring prices under control.

“The common man is suffering because of the unprecedented rise in prices of all commodities and unreasonable taxes. Women are the worst victims under the BJP regime,” she said.

She said it was the Congress that guaranteed 33% reservation for women in the three-tier institutions of the Panchayat Raj in the country and was committed to women’s rights and empowerment.

“Our leader Rahul Gandhi has ensured 50% female chief ministers in the country when Congress comes to power,” she said.

She secured the restoration of statehood and early elections to J&K to “restore democracy”. Congress will continue its fight for the rights of J&K residents, she said.