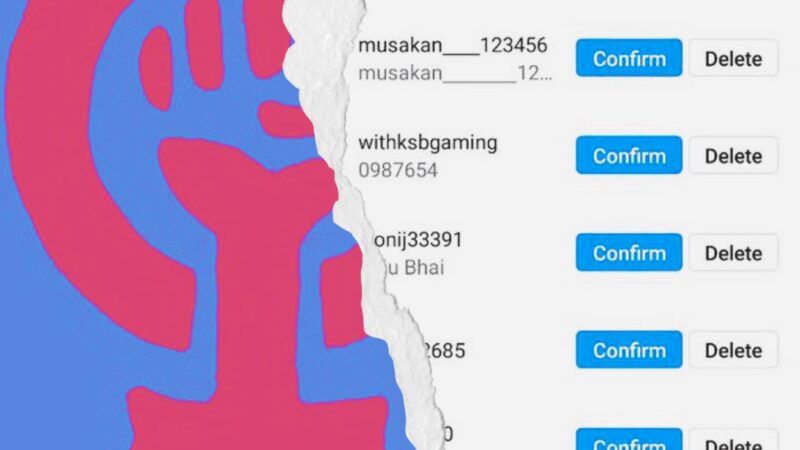 In May 2022, dozens of Instagram pages owned by Iranian women’s rights activists received thousands of new followers unknown users. This massive increase in sequels has raised concerns within the feminist and women’s rights community in the country, which has often been the target of state-sponsored attacks. Many feared it was a tactic by Iranian government actors to infiltrate their pages with bots or abuse Instagram’s reporting system to suspend their accounts. All of the targeted pages covered women’s rights and LGBTQI+ issues, with some based in the country and some overseas. Many activists whose accounts had wide reach have since decided to myke their private pages. This online harassment is an extension of the offline harassment that women’s rights defenders have faced for years and comes amid a recent spate of arrests and interrogations.

“They had threatened or summoned most of the account managers who were inside the country for questioning, and now these Instagram pages are under attack, but we won’t stop,” said a women’s rights activist whose page has recently been targeted.

This is not the first time that Iranian women’s rights defenders have been targeted online in a coordinated manner. In recent years, there has been a noticeable increase in harassment of Iranian activists on the Internet. This has taken the form of hate speech and direct threats of violence, usually from anonymous or fake named accounts on social media platforms like Instagram and Twitter.

But, in Iran, such online attacks place a target on the backs of militants and can have real consequences. In many cases, online harassment coordinated was a forerunner of summonses security agencies as well as prison sentences. Many women’s rights defenders in the country do not report online threats to the authorities because the legal provisions are neither unclear and unfavorable, and the defenders are at risk of being detained or prosecuted because of their social networks posts.

Thus, Iranian activists’ only recourse to combat online attacks is to use the complaint mechanisms of social media platforms and, if that fails, to close their accounts or make them private. Given this, social media companies such as Instagram and Twitter have a huge responsibility to protect Iranian activists and users.

The reporting function on Instagram, Twitter and other social media platforms has major shortcomings for Iranian activists facing online attacks, about with a wide range of harassment, including sexual harassment, cyberbullying, and identity theft. There are also often coordinated attacks launched against them that abuse the reporting mechanisms of social media platforms and allow security agencies to delete the accounts of rights defenders. These operations are sophisticated and in many cases take advantage of bugs in these platforms.

In this context, it is evident that a central problem is the lack of communication between Iranian activists and major social media companies. Social media and technology companies should stay abreast of Iranian government policies, as these policies can serve as a guide on how to combat state-sponsored attacks against users and in particular rights defenders.

The trials and tribulations Iranian women’s rights activists face online come at a time when they are more dependent than ever on the internet to make their voices heard. Women’s rights have been constantly challenged for decades in Iran. Every day, Iranian women become aware of a new bill, law or government decree that restricts their freedom or seeks to push back their social gains. For example, in November 2021, the Guardian Council of Iran approved a law known as “population rejuvenation” that severely undermines women’s reproductive health and bodily autonomy by restricting access to birth control, further prohibits abortion, and even bans prenatal testing for pregnant women. In addition, women’s rights defenders are regularly targeted by state security forces for interrogation, detention and even long prison sentences. Many women human rights defenders working in a wide range of fields defending women’s rights, workers’ rights, children’s rights, access to information, freedom of the press, etc., have been sentenced to prison terms or are already serving long prison terms and their numbers are on the rise.

In the face of such repression and relentless government crackdown, Iranian women’s rights activists have been forced to scale back their activities in physical spaces and rely more on social media to raise awareness and build momentum. for their claims. In particular, feminist activists have relied on Instagram, which is one of the most popular social media platforms in Iran and has yet to be blocked by the government. Activists increasingly rely on Instagram to to raise awareness on gender discrimination, preventing sexual harassment in public spaces and in the workplaceand promote reproductive justice and women’s bodily rights.

Unsurprisingly, online activism is also not tolerated by the Iranian government, which has worked tirelessly and for decades to shut down and restrict civic spaces. The latest targeting of women’s rights defenders and women’s collectives on Instagram, where a massive influx of follow requests are sent to the accounts of women human rights defenders and women’s collectives, is in line with previous government targeting and online reports of activists. Over the years, many activists, including women’s collectives or women’s rights activists, have had their accounts deactivated following mass reports or lost their reach on Instagram due to “phantom bans”, where the stories are not displayed and their posts do not appear on search engines after their accounts are massively declared. BBut government targeting online has not stopped women’s rights activists who continue their activism online and, where possible, in real life. In turn, state security forces have redoubled their efforts to incapacitate and silence rights defenders.

“If you go through the social media feeds, you’ll notice that the voices of feminists and women’s rights have been louder than ever, and that’s why the government is attacking us now, to silence our voices, but we don’t. ‘will not stop,’ said the women’s rights activist whose page had recently come under attack.