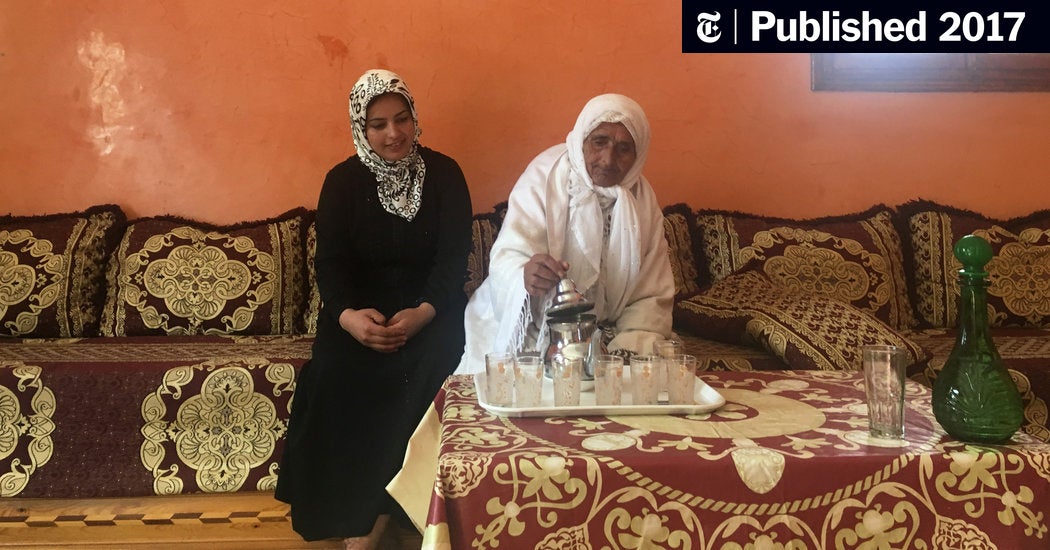 In a fight for land, a women’s movement is shaking Morocco

OULAD SEBATA, Morocco — For most of her life, Saida Soukat’s days were filled with farm routines, field work and herding livestock. On a recent Tuesday, she did something quite different, however, speaking to a group of women at their bi-weekly protests demanding an end to the state-sanctioned privatization of traditional tribal collectives, known as the Sulaliyyate lands. .

“One foot up, one foot down. For my land, my blood will be shed,” she chanted into a megaphone.

the Sulaliyyatesas the women are known, began their protests 10 years ago and have since assembled a powerful grassroots organization fighting not just for tribal land but for equal property rights in a country where women, by law , inherit less than men.

“It’s really the first movement that shakes the patriarchal foundations of society,” says Zakia Salime, an associate professor at Rutgers University who has studied the movement extensively. “They say no, you can’t give land to men, and they also ask that in case you privatize the land, we should have our equal share.”

All this is happening in a context of economic and social change in Morocco, which occupies a prominent place in the women’s movement.

After King Mohammed VI succeeded his father in 1999, one of his notable achievements was the promotion of women’s rights as the country tried to position itself as a regional leader. In 2004, a new family code guaranteed women more rights in marriage and divorce, raising the minimum age of marriage and restricting polygamy.

In 2011, after the revolutions in Tunisia and Egypt, the country adopted a new Constitution which establishes gender equality. Even so, according to women’s rights advocates, women are largely absent from the labor market and, in legal matters, often at a serious disadvantage compared to men.

While Morocco has liberalized its economy since the 1990s, sold off state assets and reduced barriers to foreign investment, the threat to communal lands intensified in 2004 when it signed the Morocco Free Trade Agreement with the United States. The agreement increased the economic incentive to privatize and develop traditional lands.

About 35% of Morocco’s land is designated as Sulaliyyate, according to the Interior Ministry. In 1919, while Morocco was still under French protectorate, land management was transferred to the ministry by the tribal authorities, with the aim of discouraging the rural exodus to the cities.

In this system, while people did not own the land, they had the right to work designated plots and take their share of the harvest. Shares of communal land could only be passed from fathers to sons over the age of 16.

Under tribal law, single women, widows, divorcees, and people without sons could not inherit land, which meant the state could confiscate it without compensation. Over the years, thousands of women – no one really knows how many – have been forced to leave their homes and settle in the slums of surrounding towns and villages.

The national movement began in 2007 when a woman from the town of Kenitra, near the capital, Rabat, demanded equality in land ownership.

Saida Idrissi, president of the Rabat office of the Moroccan Association for Women’s Rights, helped women organize, training them in constitutional law and guiding them in negotiations with the interior ministry.

“Most of them are illiterate rural women who were afraid to speak, so we had to put in place a very specific strategy for this category of women,” she said.

Soon after, the women living on these plots began to organize, and in 2009 around 500 people from across the country demonstrated in front of Parliament to demand equal property rights and compensation in the event of expropriation. lands. Since then, hundreds have joined the movement.

In response, the Ministry of Interior issued several circulars stating that women should benefit from the sale of communal lands and should be part of the negotiation process. But the circulars are not binding and the delegates appointed by the tribes as representatives of the inhabitants can choose to ignore them.

The impending threat is visible from atop a hill just behind Ms. Soukat’s home: a sprawling development of condos wrapped around a golf course, built by a major property developer, Addoha. She said a delegate sold the land in 2007 without consulting or involving the villagers.

“We are not against development projects, but we demand that our rights be respected,” said Ms. Soukat, 27, a mother of two, who left school very young and married at 16. .

At first, the protests were led by men, but women soon got involved. “In our traditions, it was shameful for women to leave the house,” she said. “But the men were getting arrested, so the women took over. We left our children behind.

Souad Eddouada, a professor at the University of Kenitra specializing in gender studies, said: “All over the country, women are on the front line because they are less vulnerable to police brutality and incarceration. They were very successful in their fight. They had to leave their homes and were supported by the men.

Although the women have made some progress, the fight is far from over, as they still cannot pass on the rights to their share of land to their children.

“Now we are calling for a law that guarantees these rights. This circular is for the moment very fragile,” said Ms. Idrissi. “Women must be an integral part of the management of collective land.

Neither the development company, Addoha, nor the Interior Ministry returned calls seeking comment.

In December 2015, the King published a letter calling for a change in the legal status of communal lands and an end to current practices.

“We must secure Sulaliyyate lands so that they can contribute to development efforts,” he wrote, “by integrating the beneficiaries into this national dynamic within the framework of the principles of law and social justice.”

Lawmakers in Morocco, a constitutional monarchy, have yet to act on this request.

So protests rumble on, and twice a week, a relative of Ms. Soukat takes a taxi to join the protest. The relative, Fatima Soukat, does not know exactly how old she is, but she thinks she is around 93 years old.

She was born when Morocco was ruled by France, celebrated when the country gained independence in 1956 and acclaimed when women were granted important rights under the new family code in 2004.

When many took to the streets in pro-democracy protests in 2011, she joined them. And today, she is still fighting for the right to the land where she was born and raised eight children.

“I ask for the land of my grandfathers,” she said at a recent protest. “We are beaten. We are oppressed.

Saida Soukat said she had faced threats and intimidation because of her role in the movement. In February, she was violently beaten by a man while walking alone on a road. But her biggest worry, she said, is that she and her family will be forced off the land and their home.

“I’m scared for my children, but not for me,” she said, sitting in her living room, sipping mint tea under a picture of Morocco’s last three kings. “The only scary thing is a court order to evacuate. I lose sleep over it at night.

2017-05-07
Previous Post: The women’s movement should not exclude women because of their views on abortion | The report: opinion
Next Post: These websites provide the best resources for women looking for work in 2017