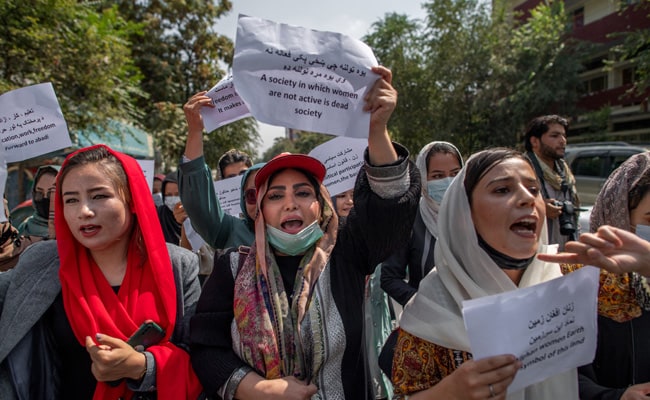 Geneva: The United Nations Human Rights Council (HRC) on Friday (July 8th) adopted a resolution condemning violations of the rights of women and girls in Afghanistan, urging the ruling Taliban to end restrictive practices described as making them “invisible” in society.

The Taliban seized power for the second time in Afghanistan last August as international forces supporting a pro-Western government withdrew.

Critics say women’s rights have since been undermined with new restrictions on their clothing, movement and education, despite previous Taliban vows to the contrary.

“Since August 2021, the human rights situation in Afghanistan has seriously deteriorated, especially for women and girls,” said Czech Ambassador Václav Bálek on behalf of the European Union, who introduced the resolution.

“The restrictive measures put in place by the Taliban make them… invisible in Afghan society.

Council decisions are not legally binding but carry political weight and can lead to official investigations.

Friday’s resolution, backed by dozens of countries, passed without a vote, although the Chinese mission dissented from the outcome, describing it as “unbalanced”. It is one of 11 draft resolutions under consideration on Friday.

Among his supporters was Afghan envoy Mohibullah Taib, appointed by the previous Afghan government, who said new restrictions amounted to “gender apartheid”.

In rare cases, envoys from governments no longer in power may continue to address UN bodies until a Credentials Committee in New York decides otherwise.

The US ambassador to the council, Michele Taylor, also expressed concern over the recent measures, citing a new policy aimed at punishing male family members who do not enforce the restrictions, which creates an environment of “constant fear”.

The resolution foresees a debate in September or October during the next session of the council, in which Afghan women’s rights activists will have the chance to participate.

Marc Limon, of the Universal Rights Group think tank, said the Taliban was unlikely to change course following the conviction, but suggested the UN could have leverage if it tied rights of women in international aid in the future.