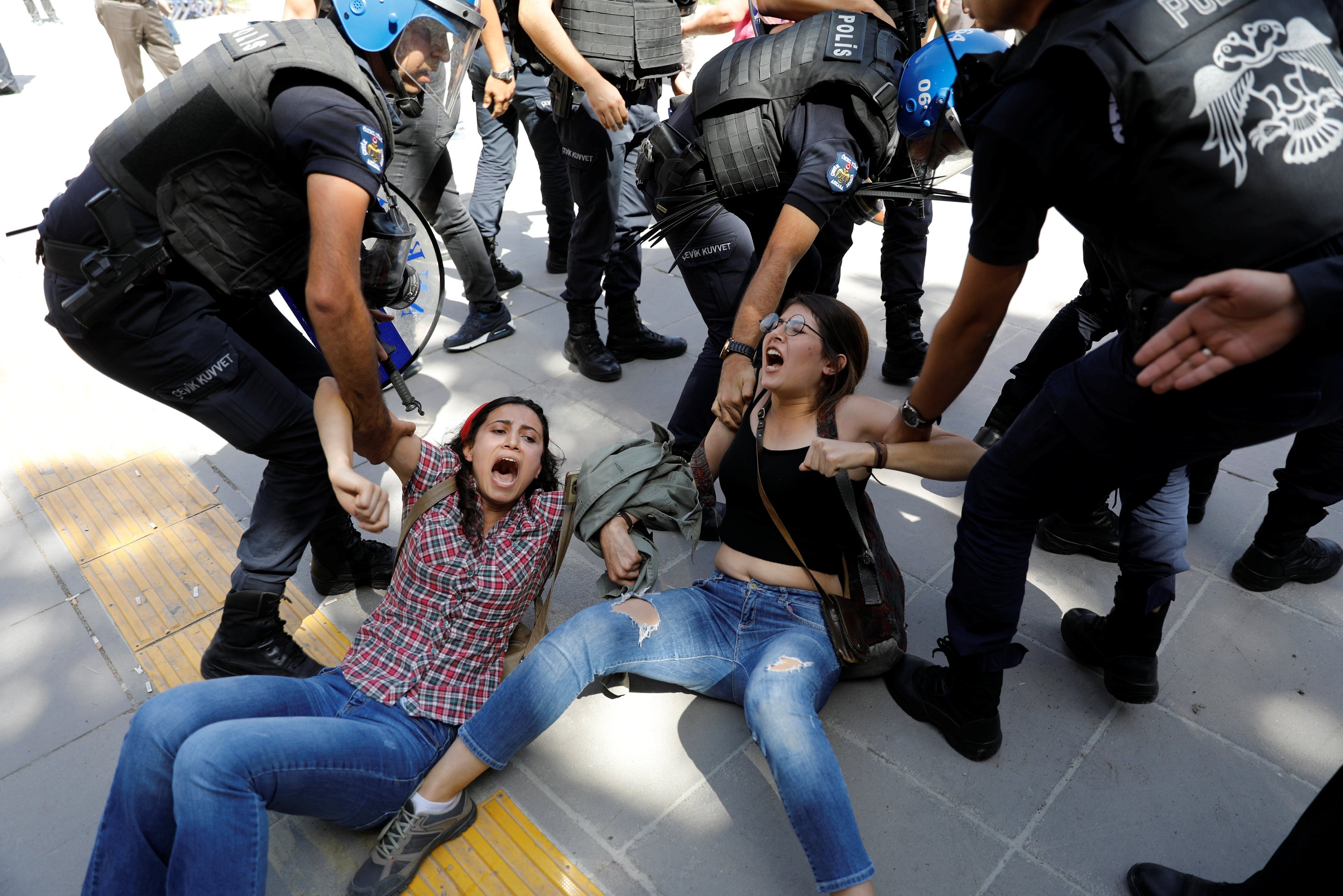 Turkish authorities are pursuing and silencing activists, politicians and opponents of the AKP regime led by Erdogan and anyone expressing his opinion. Charges are ready for anyone who opposes his conviction, advocates for and protests against him, and is punishable by arrest or imprisonment and the same argument of “dealing with the PKK”.

In this regard, the Egyptian political science researcher, Pro. Farnaz Attiya, stressed that “Turkish policies are based on repression and criminality, where international laws are violated, it is not new for Turkey not to respect international laws, either in relation to state rights or human rights.

Farnaz Attiya explained that Turkey’s targeting of female Kurdish politicians by arresting, repressing and torturing them, especially women defenders of Kurdish rights and the Kurdish cause, is an attempt to eliminate the Kurdish issue and to erase it, and to silence mouths, not to claim the rights of the Kurds on their land and their home, whether in Syria or in Kurds inside Turkey.

Egyptian scholar Farnaz Attiya sees Kurdish women as the symbol of a democratic nation that defends the rights of her country, noting that Kurdish women are arrested for their achievements, whether in defense of their cause, of their homeland. or their people: “Kurdish women have a leading role to play, they have provided a distinctive role model, both in the defense and rights processes and in their quest to defend the rights of the Kurdish nation.

Turkey, which has pursued repressive and criminal policies, has always violated human rights and international laws. “The Turkish state has always neglected and disregarded human rights protection laws and committed crimes with indifference.

Statistics from the European Court of Human Rights in the year 2021 indicate that Turkey has violated Article 10 of the European Convention on Human Rights for the protection of freedom of thought and expression of opinion in 40 legal proceedings, according to AFP.

With regard to the violation of various provisions of article 6 on the right to a fair trial, Turkey ranks 2nd, with 53 convictions, and tops the list in terms of violation of articles of the European Convention on Rights of man.

The Egyptian researcher referred to the arbitrary action of the Turkish authorities against the political activist Leyla Guvan: “The whole world saw how Leyla Guvan fought in all fields, towns and villages, organizing events aimed at organizing women, ending the close isolation of leader Abdullah Ocalan and increasing resistance to free the leader in Turkish fascist prisons. “

In this context, Farnaz Attiya indicated that with the arrest by Turkey of the activist Leyla Guvan, she sends a message to the Kurds, continuing to lead a policy of oppression against all, without making any distinction between men and women in his authoritarian treatment.

Farnaz Attiya, political activist, Leyla Guvan, described “MP Leyla Guvan of the Republican People’s Party (CHP) has been arrested and has gone on a hunger strike; of course, because of the abuse she suffered in prison and the demand for her rights, how can a member of parliament be treated like that? If they are treated like that, then what are other citizens like in the detention centers? “

“Women should not back down”

She underlined what is required of Kurdish women in particular, to confront the policies applied against them, saying: “What is required of women, whether in Turkey or among the Kurds, is not to withdraw from their path, and not to abandon their principles and their right to support their cause, the Kurdish cause and the just cause which aims at peaceful coexistence, Also, do not retreat or fear the Turkish fascist authorities, however powerful they may be- them, the right will not be lost as long as they have real demands.