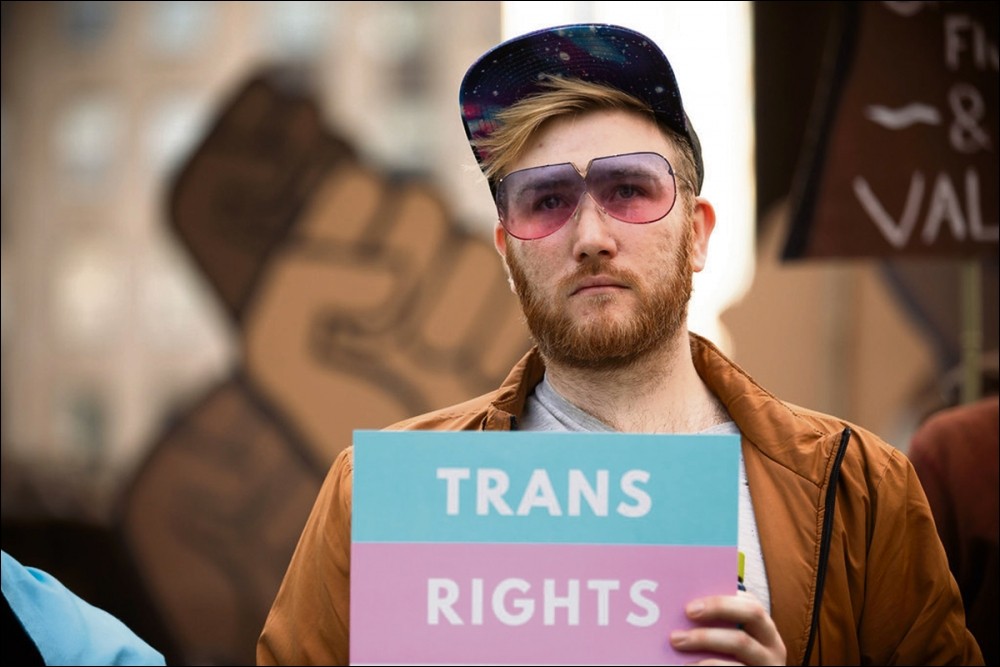 Does the struggle for trans rights conflict with women’s rights?

Excerpt from The Socialist newspaper, February 9, 2022

Michael Johnson’s article, “Stonewall attacked by the establishment” (the Socialist, December 15, 2021), refers to “some members of the women’s and labor movement”, he claims, are campaigning in conjunction with right-wing journalists and politicians “to present trans and non-binary rights as being in conflict with women’s rights”.

For those following this discussion, this will be understood as a reference to Woman’s Place UK (WPUK). Anyone who knows our organization knows that all of our key activists are lifelong feminists. Many are actively involved in their unions; others work with women and girls affected by male violence and sexual abuse and many of us are proud of the solidarity work we have done with the Palestinian people. Perhaps that’s why MI5 has never bragged that we named it Employer of the Year, an honor bestowed upon it by Stonewall.

We are a grassroots activist organization that relies entirely on the voluntary, unpaid work of women who hold full-time jobs in addition to our family and care commitments. We don’t get money from big business and the human resource departments of big employers.

As Comrade Johnson might have discovered by watching our Mythbusters, WPUK opposes unlawful discrimination against trans people, and we believe the right to gender non-conformity, including in dress codes and behavioral expectations , should be respected by law, for both men and women. We work closely with like-minded trans people, and have provided a platform for trans people who also believe that a woman’s biological sex is something she was born with.

Our main concern is that women have a say in the decisions that affect our lives. What we find shocking is how little support women speaking out are getting from the left. Our meetings are regularly harassed by aggressive protesters and women like Dr. Kathleen Stock are forced out of their jobs. This harassment seems to have the tacit support of a left that seems more troubled by women asking legitimate questions about a large, well-funded NGO than by the harassment of women.

We look forward to the left properly addressing the concerns raised by many women and ask that you publish this letter in response to the article.

We welcome the opportunity to address these important questions – with the goal of refining our understanding and the agenda we fight for. As this exchange and our previous exchanges illustrate, the anti-democratic approach of which Women’s Place UK (WPUK) accuses “the left” cannot be blamed on the Socialist Party.

Clearly, the Socialist Party agrees that women must have a say in decisions that affect their lives – but for us it starts with a fight against austerity which denies women and all working people the opportunity to actually make decisions.

Women’s Aid’s 2020 report on services for people fleeing domestic violence showed that 64% of those seeking to access them were turned away due to a lack of funding. Across the country, domestic violence and rape services have been cut by government and local councils, including labor councils, who have dutifully passed on the cuts.

Attacks on benefits, lack of public housing, closures of sexual health services and other cutbacks are also making it harder to escape violence and abuse and make life “decisions”. Cuts to public lighting and bus lines contribute to women workers’ vulnerability to violence.

The Socialist Party is proud to have fought austerity attacks on the services women need. We are currently doing this by fighting for the greatest possible challenge without cuts in the May 5 local elections. We call on trade unionists of all kinds to stand up to give a voice to the working class by proposing an alternative to all these attacks.

We are also proud to have fought for LGBTQ+ rights, including opposing the corporatization of the campaign for LGBTQ+ equality.

It is not enough, however, to limit oneself to opposing the discrimination that the capitalist class, the main authors of the laws, considers “illegal”.

If that were the case, we wouldn’t have been able to oppose rape in marriage until 1991! Trade unionism has never been limited to working within the framework of the laws set by the employers’ class.

These struggles against LGBTQ+ sexism and phobia, as well as broader working class struggles, are intrinsically linked to the fight for societal change.

Our approach, to fight for the maximum unity of the working class in struggle around a program for the liberation of all from the oppression and exploitation of capitalism, makes us effective.

It meant we could defeat Thatcher on both Liverpool City Council and poll tax, win rights for women in the campaign against domestic violence, stop evictions, and more. That’s why the Socialist Party not only doesn’t have MI5 bragging about us, but has been infiltrated by “spy cops”.

Unfortunately, WPUK took a different tack. Although in our original article we did not specifically refer to the WPUK, it is correct that we oppose divisive policies that threaten the ability of the working class to fight back.

WPUK presents the idea that sections of the working class, in this case trans people, are a threat to women’s services. This is the lie the bosses would like us to swallow: blame each other, not their class society – with the sexism inherent in it, and their cuts.

The argument that there are limited resources and rights in society can lead to the idea that if one group benefits, another will lose. This means that the working class must fight for crumbs.

Unfortunately, WPUK is not alone in this approach. Where workers have been pitted against each other or the fight has been called off because “some cuts have to be made”, too often right-wing union leaders have accepted this.

The Socialist Party completely rejects this strategy for the impasse that it is. Democratically planning the functioning of society would meet everyone’s needs instead of filling the pockets of the rich.

And if we’re going to get those resources where they need to be, it’s going to take more than women, trans people, or other sections of the working class fighting, but all of us united as a class with a banner of struggle to rights and resources for all.

The coronavirus crisis has laid bare the class character of society in many ways. It is clear to many that it is the working class that makes society work, not the CEOs of big business.

The results of austerity have been clearly demonstrated as public services struggle to cope with the crisis.

Inevitably, during the crisis, we were unable to sell the socialist and raise funds as we normally would.

We therefore urgently call on all our viewers to donate to our Fight Fund.

No one in Westminster supports a pay rise for us…

Preparing for the municipal and Erdington elections

“I fear trying to live on a nurse’s salary”

The cuts have created an NHS waiting list crisis

The Tories’ “race to the top” is a long way off

Catastrophic rise in the energy bill – a crisis caused by capitalism

Repel the leadership of Serco and Barts!

A socialist voice in Stanwell North

Tamil Solidarity Demonstration Against the Repressive Regime in Sri Lanka

The Socialist: 25 years of aiding workers’ struggles and fighting for socialism

The pro-market Socialist Party wins the elections in Portugal

Does the struggle for trans rights conflict with women’s rights?

2022-02-09
Previous Post: Activists Petition to the UN
Next Post: After arresting activists, Taliban continue to threaten and intimidate women activists