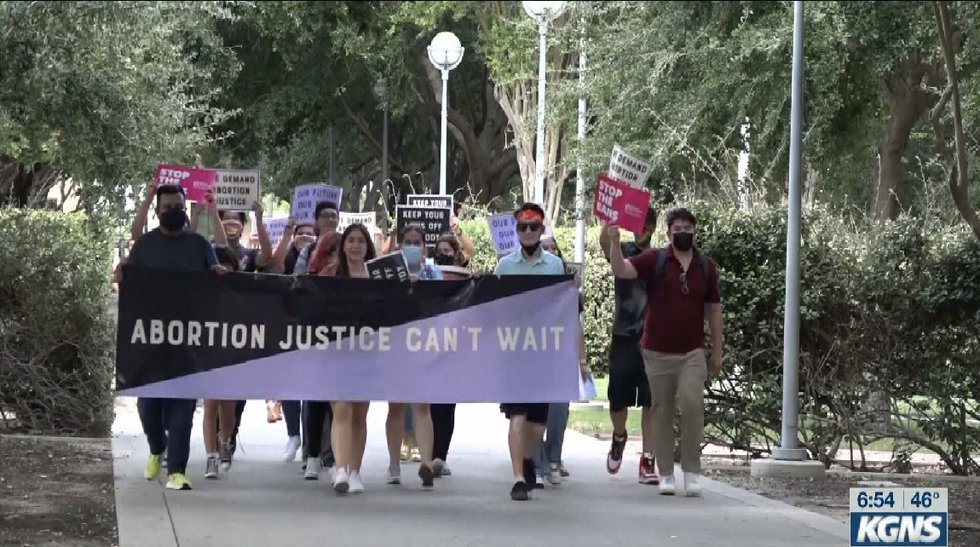 A professor and activist from TAMIU spoke about the path taken by women; however, there is still room for improvement.

Mayela Villarreal, a student at TAMIU, says it’s not just about celebrating a day, it’s about expressing yourself.

According to 2021 statistics, approximately 49% of women represent the world’s population, most of whom are fighting for a world free of prejudice, stereotypes and discrimination.

Irma Cantu, currently a professor at TAMIU and a women’s rights activist, says it’s important for people to celebrate and commemorate women’s rights.

Dr. Cantu says domestic violence has been rampant in our city for a long time.

She says more than 80% of domestic violence against women comes from male family members such as fathers, uncles or cousins ​​through rape or some type of sexual assault.

She thinks this problem could also stem from the Hispanic culture and that it is up to the new generation to point it out.

Dr Cantu says: “This impunity sends a message: you can be violent, you can be aggressive, there are no consequences. So when we have this past, we come to this country and sometimes we don’t see the violence. »

Asked about abortion, Dr Cantu added that women should not be forced into pregnancy against their will.

She says being forcefully pregnant could lead to health risks for women like diabetes and high blood pressure.

Cantu says, “No one is pro-abortion, no one would want to see a woman go through this process. If you don’t support this process of abortion under any condition, you absolutely must be respectful and respected, and of course the state should allow you to terminate the pregnancy.

Each year, International Women’s Day has a specific theme that highlights their annual hard work.

This year’s theme is to imagine an equal world. #breakingthebias is currently being used to represent women diversely and equally this year.

Dr. Cantu adds that women who suffer from domestic violence should call the authorities, even if their abuser is a family member.