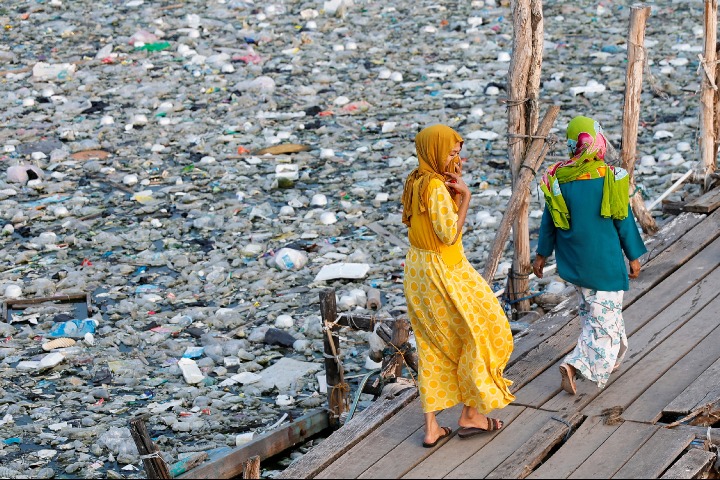 Global recovery from the pandemic requires improving women’s well-being and promoting their rights, participants at a Group of 20 meeting on women’s empowerment agreed, pledging to achieve gender equality gender and the empowerment of women.

Indonesian Women’s Empowerment and Child Welfare Minister Bintang Puspayoga, who chaired the meeting on Wednesday and Thursday, said delegates supported the idea of ​​increasing the participation and access of women in leadership positions, especially as decision makers.

This is only the second time that the G20, chaired this year by Indonesia, has held a separate session on women’s empowerment. The first time was when Italy chaired the G20 last year.

Women’s rights advocates hailed the development, saying women had borne the brunt of the pandemic.

“Women’s issues have long been sidelined in global meetings of world leaders, so I think this is a welcome development,” said Jean Encinas Franco, associate professor of political science at the University of the Philippines.

Women have been hardest hit by the pandemic because they are traditionally seen as caregivers and work as such, she said. And while they are generally praised for their work caring for the sick and elderly, Franco said, women also want better opportunities as caregivers.

Sivananthi Thanenthiran, executive director of the Asia-Pacific Women’s Resource and Research Center in Malaysia, said policymakers “need to redouble their efforts to ensure that women are able to realize their rights and realize their full potential”.

The pandemic has led to a “regression in women’s empowerment”, Thanenthiran said.

“This is seen most clearly in girls dropping out of school, an increase in early marriage, an increase in domestic violence (and) a lower rate of economic participation.”

UN Women, the UN agency that promotes women’s rights, said nearly one in two women surveyed in 13 countries said that they, or a woman they know, had experienced at least a form of violence since the beginning of the pandemic. The pandemic has also “taken disproportionate havoc” on women’s livelihoods. In 2020, women lost 46.6 million jobs worldwide, a loss of 3.6% compared to 2.9% for men.

The pandemic has also closed schools and nurseries, increasing unpaid care and domestic workload for women. The World Economic Forum said in its latest Global Gender Gap Report that women’s share of time spent in unpaid work as a share of total work was 55%, while men’s share was only by 19%. “With rising childcare costs, there is a high risk that an asymmetric demand for unpaid care work will continue to be imposed on women,” he said.

Braema Mathi, a social activist in Singapore, said improving digital literacy is important for women because the pandemic has pushed most people to perform many tasks online.

“We’ve gone online many times, from getting groceries delivered, to helping kids with their studies, to making online payments.”