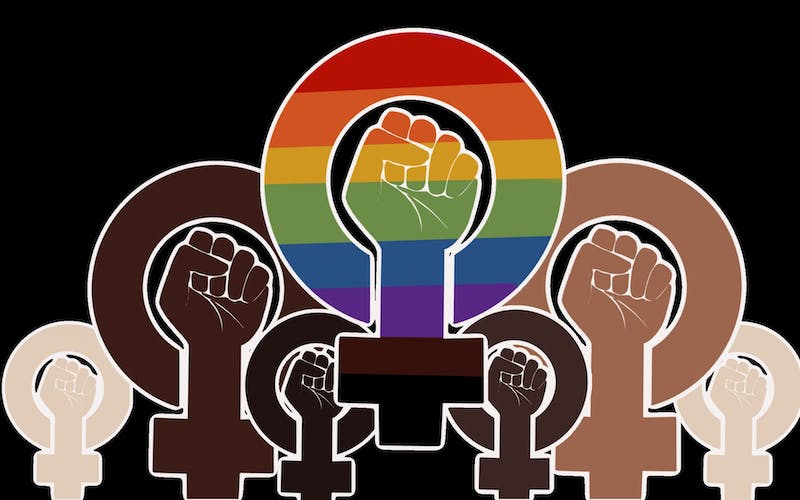 Black Voices: Fighting for women’s rights doesn’t have to be a group project

Recently, there has been an increase in discussion of women’s rights, and with the decision to overturn Roe v. Wade, they are now more prevalent than ever. The women discussed how to protect our rights in all their forms and how to act to help. This led to talk about things like protests and who to protest with.

There have been many conversations on social media, especially from white women on TikTok. One user, KayStarzy, went viral for her comments about women’s rights and the need for BIPOC’s involvement, especially black women.

I believe that all of us as women should fight for our rights as a community. The BIPOC community should not involve white women in a “combined” effort.

Before I get accused of “hating white women,” let me be clear. I understand that it’s not all, but frankly, it’s always the snakes in the grass that we don’t see. As a BIPOC woman, being in beneficial, non-parasitic relationships like friendships and marriages with white women is fine. The problem is that white women get involved with BIPOC women in a parasitic way, which usually happens when politics is involved.

In politics, white women have denied their participation in our oppression. They still steal our cultures, are exposed for racist behaviors and oppress us through jobs, social media and voting. They always use the “white privilege” card in all areas to oppress or attack other communities.

This isn’t the first movement that white women have supported. Body positivity wasn’t so valued until they colonized it; now, all of a sudden, plus size is beautiful. They took control of the suffrage movement in the 1920s and in doing so won rights, but only for themselves. Even in 2020, so many white “allies” have gone to protest just for trendy photos and to agitate the cops, then walk away and not actually be an ally.

Unfortunately, white women are white before they are women.

It goes back to the women’s suffrage movement. During the 19th and 20th centuries, black women played an active role in suffrage. Despite their hard work, white women like the National American Woman Suffrage Association kept black women from attending their conventions.

Black and other BIPOC women were required to march separately from white women in suffrage parades, though without them the 15th and 19th Amendments might not have passed.

Even women’s rights heroines like Elizabeth Cady Stanton and Susan B. Anthony were not exempt. Anthony reportedly said, “I’m going to cut off my right arm before I work or demand the nigger vote, not the woman vote.”

After working with Frederick Douglass and the American Equal Rights Association, Stanton and Anthony later reneged on that work, which led to the organization’s disbandment. They refused to support the 15th Amendment, which guaranteed black men the right to vote in theory.

Stanton sent Douglass an address outlining his views, which are filled with racist stereotypes about black people and other BIPOC men and refer to some of the men as “Sambo” and “Yung Tung”. At an 1890s suffrage meeting in Atlanta, Susan B. Anthony asked Douglass not to appear on stage with white women, as it would seem inappropriate to appeal to white racist voters.

Where were the white women then? Where are they now, when each minority faces a different – ​​often deadly – ​​set of challenges from our oppressors? Roe V. Wade’s knockdown is detrimental, it’s definitely a women’s issue, but even now it will affect BIPOC women differently than white women. Some people swear it has nothing to do with race, but headline-grabbing GOP Rep. Mary Miller said the reversal was a victory for ‘white lives’ during a Trump rally.

Now we’re “all together” like it’s High School Musical because white women need our help?

It’s time for white women to fend for themselves instead of finding a movement and colonizing it.