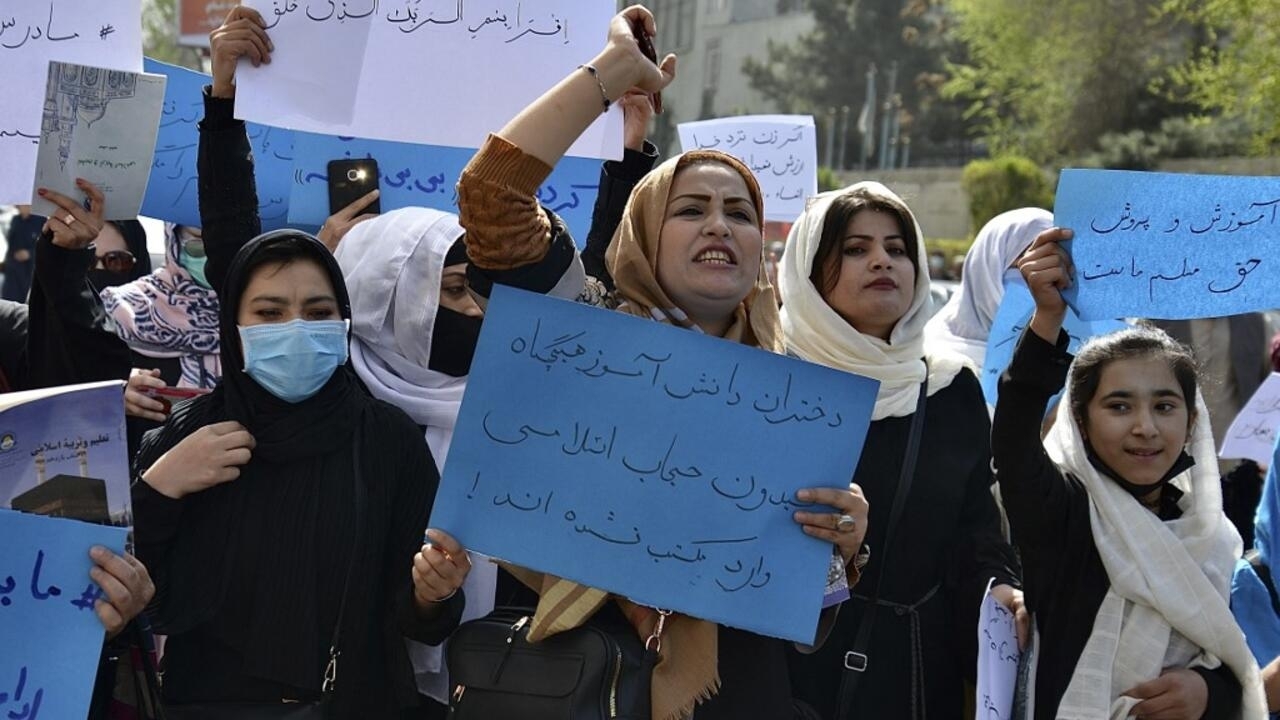 Women’s rights activists pledged on Sunday to launch a wave of protests across Afghanistan if the Taliban do not reopen secondary schools for girls within a week.

“We call on the leaders of the Islamic Emirate to open schools for girls within a week,” activist Halima Nasari read in a statement released by four women’s rights groups at a press conference in Kabul.

“If girls’ schools remain closed even after a week, we will open them ourselves and hold protests across the country until our demands are met.”

The Taliban should build more schools for girls in rural areas rather than closing existing facilities, the statement said, which comes after several female activists were arrested in recent months.

“The people can no longer tolerate such oppression. We do not accept any excuses from the authorities,” he said.

On Saturday, around two dozen schoolgirls and women staged a protest in Kabul to demand the reopening of schools.

“Women, teachers and girls should come out into the streets and demonstrate,” said student Zarghuna Ibrahimi, 16, who attended the press conference.

“The international community should support us.”

The Education Ministry has so far given no clear reason for its policy reversal, but senior Taliban leader Suhail Shaheel told AFP that some “practical issues” still needed to be resolved before reopening. schools.

Separate days in the parks

Since returning to power, the Taliban has reversed two decades of gains made by Afghan women, who have been ousted from many government jobs, banned from traveling alone and forced to dress according to a strict interpretation of the Koran.

The Taliban had promised a softer version of the harsh Islamist rule that characterized their first stint in power from 1996 to 2001.

But many restrictions have returned again, often implemented locally at the whim of regional officials.

But the Taliban quickly arrested the ringleaders, holding them incommunicado while denying that they had been detained.

Since their release, most have been silent.

On Sunday, the Ministry for Promoting Virtue and Preventing Vice ordered that men and women should not visit Kabul’s parks on the same days.

Women are now allowed to visit the parks on Sundays, Mondays and Tuesdays, while the remaining days were reserved for men, a notification from the ministry said.

“It is not the order of the Islamic Emirate but the order of our God that men and women who are strangers to each other should not gather in one place,” Mohammad told AFP. Yahya Aref, a ministry official.

“In this way, women will be able to enjoy their time and their freedom. No man will be there to disturb them,” he said, adding that the religious police were already enforcing the order.