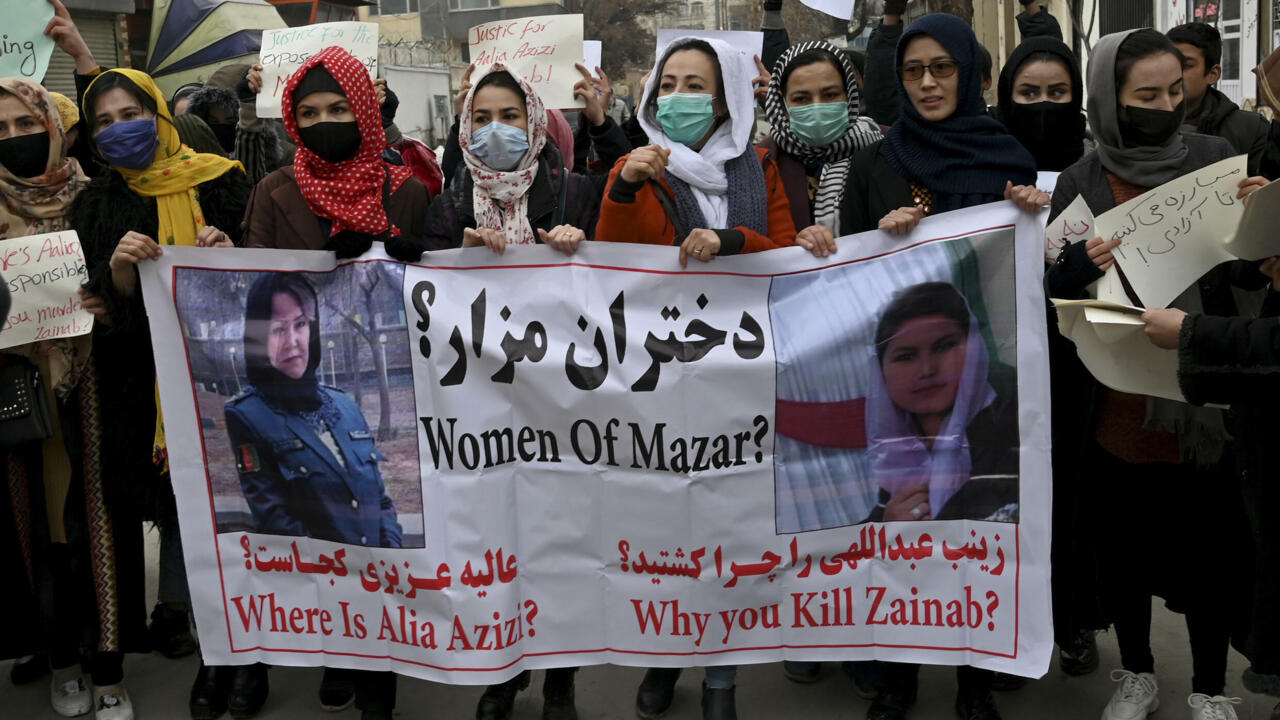 Kabul (AFP) – Several Afghan women’s rights activists said on Thursday they were in hiding to escape a Taliban crackdown, just days after extremist Islamists used pepper spray to disperse a rally in the capital.

Since returning to power in August, the Taliban have gradually reintroduced some of the harsh restrictions that characterized their first stint in power, from 1996 to 2001.

At least one woman was arrested in what appears to be a series of searches on Wednesday evening, four activists told AFP.

A self-shot video of a second woman in distress, warning of Taliban fighters on her doorstep, has circulated on social media.

The fate of the two women was unknown Thursday.

“We cannot stay at home, even at night,” an activist, who requested anonymity for security reasons, told AFP.

Another activist said the Taliban went to her house looking for her, but she left with a relative at the time.

Some of the activists, who communicate via WhatsApp and other social media, said they change shelters daily and change their mobile phone numbers regularly.

“The video created a lot of panic…a lot of fear among the women,” said one activist, who requested anonymity.

The small group of dedicated activists frequently take to the streets of Kabul to demonstrate against the Taliban, who have been slowly ousting women from public life.

On Sunday, Taliban forces fired pepper spray at a group of female protesters, and several said they were followed after they dispersed.

“Our latest protest hit them hard and made them start the arrests,” one activist said, referring to the gathering of around 20 women on Sunday.

Human Rights Watch condemned what it called a “violent crackdown” on the protests.

This “marks an alarming and unlawful escalation in efforts to suppress peaceful protest and freedom of expression in Afghanistan,” HRW said on Tuesday.

The Taliban increasingly crushed dissent, detaining several Afghan journalists and a prominent Afghan university professor who had spoken out on television against the new rulers.

He was released days later following a social media campaign condemning his arrest.

The Taliban did not respond to an AFP request for comment.

2022-01-20
Previous Post: Kyrsten Sinema, traitor to the cause of women’s rights, loses support from feminists
Next Post: Afghan female activists in hiding after Taliban crackdown – Reuters