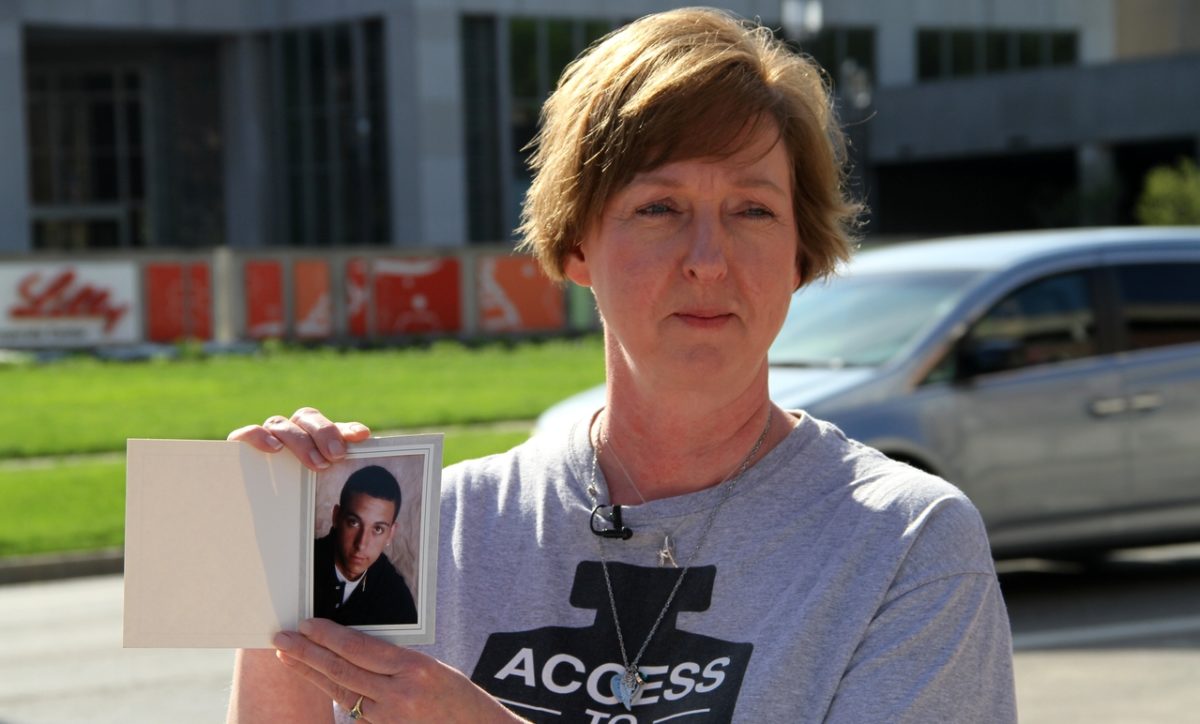 “I walked out of pharmacies in tears.”

Angela Lautner’s admission is both heartbreaking and commonplace. Like about 34 million Americans, she has type 1 diabetes and has been managing hers for more than 20 years. And like 7.4 million other diabetics, she needs insulin to survive. But insufficient health insurance coverage options often make insulin supplies difficult, if not impossible, for her and many others. And “the cost without insurance is not feasible,” she says.

This predicament – ​​and the residual fear and frustration that Lautner’s anecdote highlights – is shared by many people with diabetes. And unnecessarily, health advocates say.

Last year marked the 100th anniversary of the discovery of insulin, which almost magically turned a diagnosis of diabetes from a death sentence into something much more manageable. At the time, the scientists who discovered insulin refused to profit from the discovery and instead sold the patent for just $1 in a bid to make it available to everyone, according to the World Health Organization.

But that is not how the story unfolded. Today, patients pay thousands of dollars a year, sometimes even a month, for insulin – or they literally die trying. An army of activists, with women like Lautner at the forefront, are doing all they can to change the status quo.

Lautner is the Legislative Lead for the Kentucky #Insulin4All Chapter for T1International, a global nonprofit working on insulin accessibility in the United States and abroad. It operates at the state level to raise awareness of the deadly impact of insulin costs and encourages legislative solutions to price gouging of pharmaceuticals.

The organization has 40 chapters in 40 states, each attempting to address this global issue through local action. Founder Elizabeth Pfiester, who also has type 1 diabetes, says, “We’ve made progress, but every day I hear more stories from people in the United States and around the world who don’t have the means of living. It’s completely unfair.”

These are the stories that fuel activists – and are an essential part of the work they do. Getting people to understand the humanity behind the statistics is crucial for change to happen, they argue.

Today, three pharmaceutical giants – Eli Lilly, Sanofi and Novo Nordisk – manufacture almost all of America’s insulin. “There are [a] virtual monopoly on insulin that has lasted for decades,” according to the Mayo Clinic’s online journal, allowing for inflated list prices for insulin that have risen dramatically over time, particularly over the past decade. And the so-called “evergreening” patents prevent the production of generic insulin.

To put it in dollars and cents, insulin currently costs, on average, about $175 to $300 per vial to buy (but only about $4 to $6 to produce), with patients needing at least two or three bottles per month. And that’s just the insulin itself — extra supplies like glucometers and testing trips can cost a patient an extra $1,300 a month. Individuals are often forced to invest thousands of dollars in medically necessary equipment – ​​if they can even afford it.

A 2021 U.S. Senate report blamed these three drug companies for “aggressively increasing[ing] the [price] of their insulin products in the absence of significant advances in drug efficacy. Eli Lilly then offered a slightly cheaper option, while Sanofi highlighted its savings program. And Novo Nordisk has detailed its pricing policies on its website.

Lilly told The Story Exchange that she supports broader reform and public policies such as quota caps. “Lilly is strongly committed to ensuring affordable insulin is available to everyone who needs it,” the company said, directing patients to a website it operates, insulinaffordability.com. Novo Nordisk noted its own affordability programs on novocare.com, adding “we know everyone’s situation is different and people need options.” Sanofi, meanwhile, said that “despite the rhetoric about skyrocketing insulin prices”, the net price of insulin has continued to decline, “making our insulins significantly cheaper for companies insurance”.

Still, for those with insurance, out-of-pocket deductibles average about $4,400 per year for individuals and $8,400 for families. In some cases, insulin discounts are available, but the process to get them can be daunting and time-consuming, patients note. And America’s uninsured — just under 9% of the nation — don’t even have that net under them. People who need insulin, many of whom fall into this coverage gap because they don’t have full-time jobs, are forced to take hundreds of dollars in list price hits.

Worse still, diabetes is disproportionately common among low-income people – the majority of them being people of color.

Compounding the problem further, there are also discrepancies between the types of insulin and the tools used to deliver it, which providers will cover for policyholders, notes Deidre Waxman of the Right Care Alliance, a collaboration of clinicians, patients and concerned citizens. In an attempt to minimize costs, about a quarter of diabetes patients in the United States report rationing any insulin they can get their hands on – a solution that often has its own devastating repercussions, ranging from the loss of a limb and blindness to kidney failure and death.

Like Lautner, Waxman knows firsthand how difficult it can be to access insulin. Her story begins with a diagnosis of type 1 diabetes at age 60 which she had to fight for – which counts for both treatment and insurance purposes – and involved various types of private and public insurance. , as well as insulin obtained by borrowing from friends or bringing it from Canada.

It’s a manifestation of the adage that desperate times call for desperate measures. “When you can’t get your insulin…I don’t know how to describe it,” Waxman says. “Sometimes it’s so simple, and it leads to panic.”

New type 1 and type 2 diagnoses have increased steadily and significantly since 2008 – in 2019, diabetes was the seventh leading cause of death in the United States. About 96 million more Americans are considered prediabetic.

The Covid-19 pandemic has added a new urgency. First, people with diabetes who contract it are much more likely to suffer from severe symptoms of the virus, in addition to possibly seeing diabetes symptoms worsen. But also, more recent research indicates an increased risk of diagnosing diabetes in children under the age of 18 as early as one month after a Covid-19 infection.

The numbers can get overwhelming, so amplifying individual stories is a key part of the solution, campaigners say.

Take Nicole Smith-Holt, who experienced every parent’s worst nightmare when her son, Alec, died in June 2017 of diabetic ketoacidosis. He was forced to ration insulin after losing access to his health insurance coverage on his 26th birthday – the age limit in America for coverage under parents’ plans – then lost the life shortly thereafter. Smith-Holt told Alec’s story during a protest at Eli Lilly’s headquarters after his death, before embarking on a media blitz in 2018.

In 2020, the Alec Smith Emergency Insulin Act, which allows eligible individuals to receive a 30-day supply of insulin for just $35, was signed into law in Minnesota.

Lautner spearheaded similar efforts in Kentucky, where she played a key role in passing Kevin’s Law – named after Kevin Houdeshell, who died because he didn’t receive insulin from urgency he needed. Thanks to this bill, “we can get an emergency insulin refill if our prescription has expired,” says Lautner. His godfather, State Rep. Danny Bentley, said news of Houdeshell’s death spurred him to action.

Other governing bodies have also taken action in recent years — for example, Colorado set $100 co-pay caps for insulin that go into effect this year. Illinois, Maine, New Mexico and four other states followed suit with similar caps. President Joe Biden has also called for $35 federal co-pay caps — though, as critics note, such plans still leave out the uninsured.

Waxman of the Right Care Alliance says more such actions are needed. But she fears it could happen, because “lawmakers are not seriously or strongly advocating for us. And they won’t as long as there is plenty of money” from pharmaceutical companies to influence individual interests, she adds. She’s not wrong — more than two-thirds of members of Congress have cashed campaign checks from Big Pharma, research shows.

Nevertheless, Pfiester and T1International are particularly focused on the regulation of these pharmaceutical companies, particularly in the form of price caps at the federal level. “They set list prices,” Pfiester points out. “They could change that tomorrow and make it more affordable. And they must be held accountable.

Pfiester adds: “It’s a change that is needed – people are literally losing their lives.” ◼️