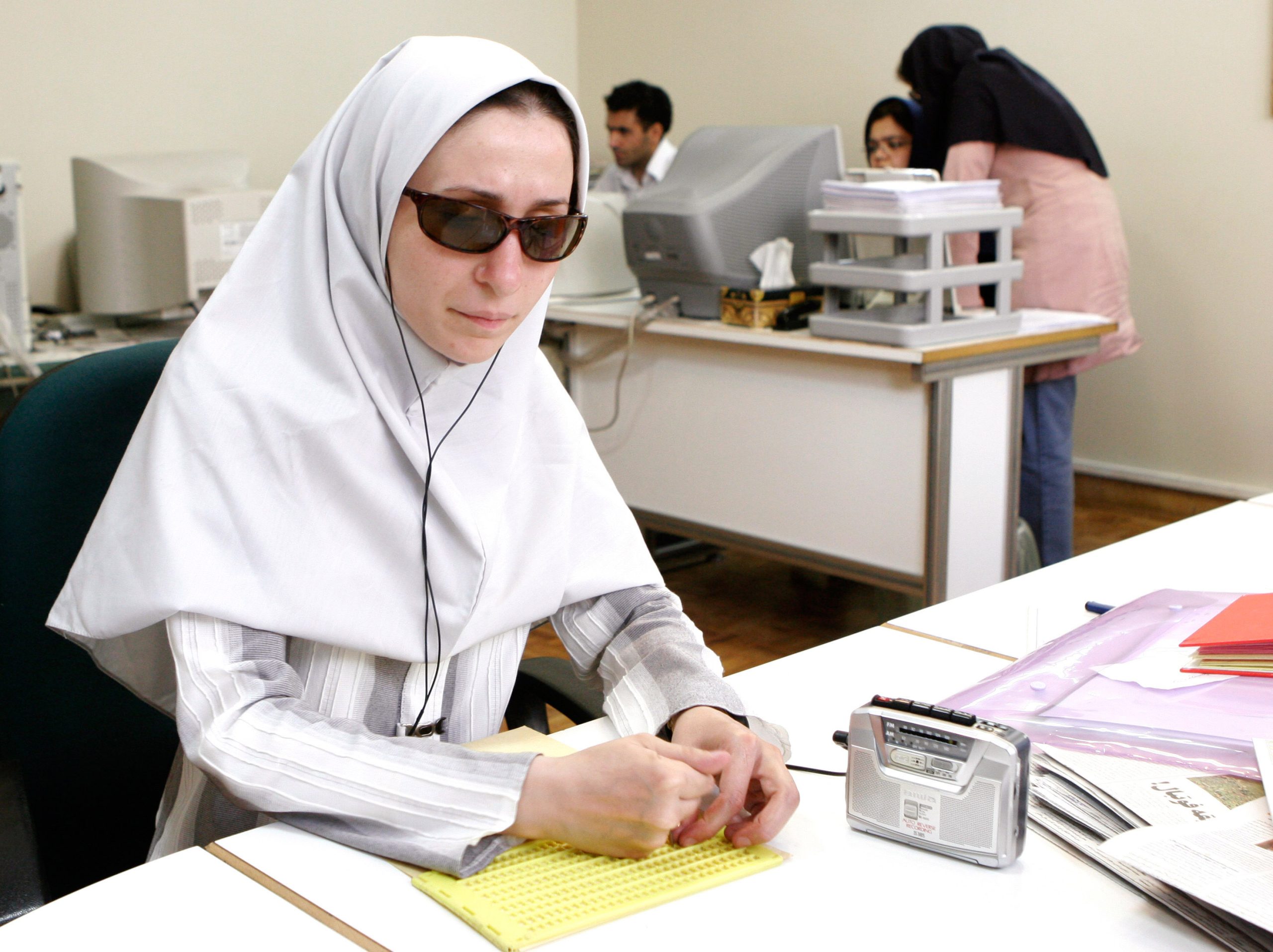 Ableism exists online among Iranian women’s rights activists. It needs to be fixed.

Iranian women’s rights activism is very present and visible on social media with countless hashtags, images and videos circulating online and going viral to regularly draw attention to important causes, such as freedom of expression, sexual abuse by powerful men and illustrating harassment. and abuse of women by security forces. However, in much of what is said and shared about the plight of Iranian women online, the voices of Iranian women with disabilities are often not heard.

This uneven dynamic within online activism for Iranian women’s rights is further compounded by social media algorithms, which favor posts that have a high engagement rate. Why then are the voices of women with disabilities marginalized online when they so often are offline?

Since the 2009 post-election protests known as the Green Movement, social media has provided a useful platform for activists, journalists and ordinary citizens to highlight human rights issues and violations. to a growing audience within and beyond the transnational Iranian public sphere. Among this group, a minority have focused on raising awareness of disability rights issues, such as Kampayneh Maloolan (Disability Campaign), a platform that highlights the discrimination that Iranians with disabilities regularly face.

On Twitter and the Telegram messaging app – both platforms are blocked by the Islamic Republic and must be accessible via circumvention tools – this campaign provides a window into activism by Iranians with disabilities, including through hashtags #قانون_معلولان (#Disability_Law) and #تصویب_لایحه_معلولان (#Pass_Disability_Bill), a reference to Iranian law to protect the rights of people with disabilities. This was ratified by parliament in 2018 after a Twitter storm in 2017, led by Disability Campaign, mobilized users to trend hashtag on Twitter in Persian with over 27,000 tweets. However, more than four years later, the bill has still not been implemented. The campaign narrative surrounds disability activism and contrasts sharply with the lack of representation of Iranians with disabilities on the platforms of Iranian women’s rights activists.

The intersection of the disability and women’s rights movements

It may not be known from the outside how the disability and women’s rights movements are linked, but the most recent legislation to rapidly pass through Parliament, including the Population Growth Plan (طرح_جوانی_جمعیت#) – is a good example of how the Islamic Republic undermines both Iranian women and disabled Iranians. The law, passed in March 2021, criminalizes the use of contraceptives and abortion and is expected to grant privileges to families with more than three children. It also aims to eliminate mandatory pregnancy screenings, which increase the risk of mother/child complications and premature death. Financial support for disabled Iranians is already stretched, but this law further cuts the disability allowance drastically and restricts women’s financial independence as it encourages childbearing and marriage.

Under the current economic difficulties faced by Iranians due to punitive sanctions, mismanagement and corruption, many young women will have no choice but to marry early. Additionally, many Iranians with disabilities will end up in poverty without adequate financial support, making them more vulnerable to abuse and dehumanization, viewing them as financial “burdens” on families and the state. While the Disability Rights Protection Bill provided for equal access to work, adequate health care and home help, the Population Growth Plan undermines all these claims by waiving people’s rights. disabilities.

Iranian women with disabilities face many obstacles in their daily struggle within a patriarchal and ableist society. It’s an uphill battle to dismantle not only ableism but also misogyny. Whether it’s poor accessibility, minimal social support or gender inequalities, Iranian women with disabilities face twice as much discrimination as their non-disabled counterparts.

The normalization of ableist attitudes contributes to the discrimination faced by Iranian women with disabilities, significantly reducing their ability to become active members of society. Social media is an opportunity to forge a connection between different groups of Iranian women in the online sphere and create solidarity through struggles to dismantle patriarchy and ableism. Unfortunately, little or no attempt is currently being made to forge an alliance with the disability community.

This situation is further aggravated by the minimal coverage of the rights of women with disabilities in Iran. In what is going viral, a narrow definition of “woman,” which does not include the voices of the marginalized, prevails. As a result, it plays a role in erasing the voices of persons with disabilities in the online representation of women’s rights issues in Iran and in the transnational public sphere and beyond. Thus, there is a contradiction in the attempt to be intersectional by influential Iranian women’s rights activists.

To truly dismantle patriarchal assumptions in Iran, ableist notions steeped in patriarchy must also be addressed. The voices of people with disabilities need to be heard, supported and amplified. Their struggle is not unlike that of women’s rights activists, and their rights to access dignified health care, equal access to work and equal opportunities in society intersect with the rights of Iranian women to do the same. Understanding the intersectionality of feminist and disability causes is important in the struggle for an open society towards which countless activists strive.

Ahou Koutchesfahani is a PhD candidate in the Department of War Studies at King’s College London. Her research focuses on feminist politics and social movements, with a focus on Iran. Follow her on Twitter: @ahou_doe.

A look at the new First Lady of Iran

It is important to take a close look at President-elect Ebrahim Raisi’s wife, Jamileh Alamolhoda, and, more importantly, the couple’s impact on women’s rights in Iran.

2022-04-21
Previous Post: What path for feminists committed to the rights of Afghan women?
Next Post: PNP women’s movement ‘chooses to challenge all shades of abuse’