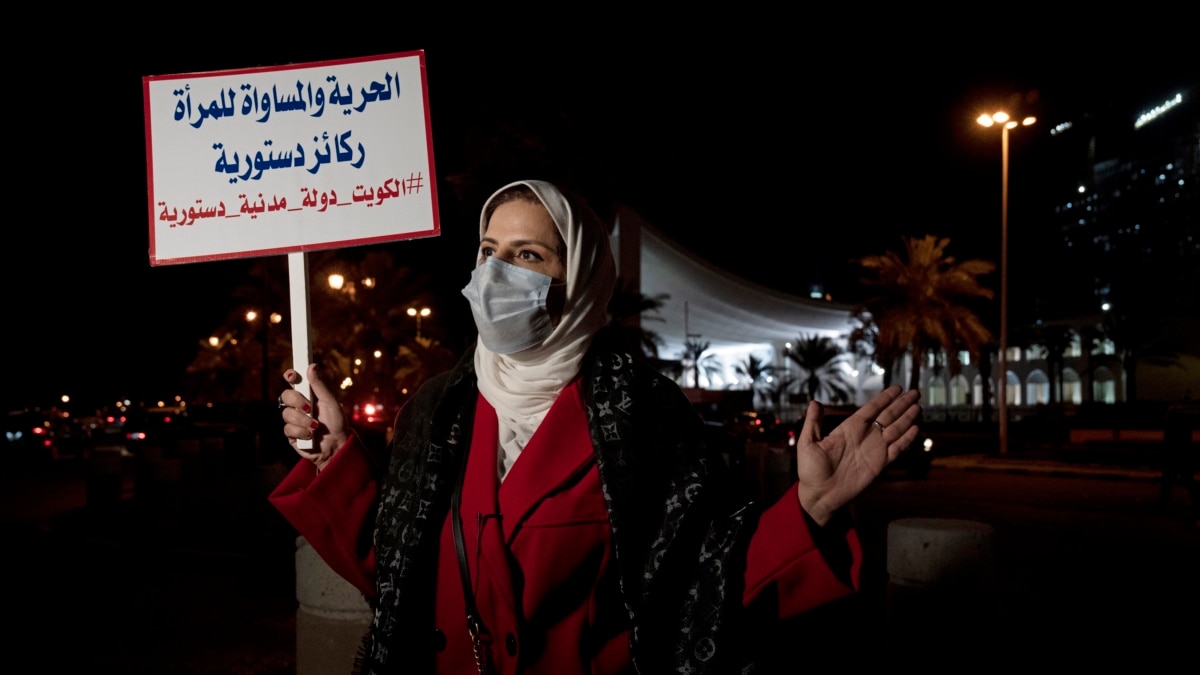 A battle for women’s rights in Kuwait

The Kuwaiti authorities recently canceled a yoga trip for women announced by a teacher of exercise form.

Muslim lawmakers and leaders were shocked by the danger posed by women doing yoga exercises. This month’s incident was the latest cultural dispute over what women can do in the Arab nation.

Some observers say the power of tribes and Islamists in Kuwait is growing. They say politicians oppose a growing feminist movement. These politicians, say some rights activists, view women’s issues as destructive of traditional values. At the same time, the government is struggling to deal with difficult economic problems.

“Our state is going backwards and regress at a pace that we have never seen before,” feminist activist Najeeba Hayat told The Associated Press. She recently spoke at a women’s protest outside the Kuwaiti parliament. Activists were demanding freedoms they say officials have curtailed.

The country was once considered progressive compared to its Arab neighbors.

In recent years, however, women have made progress in other parts of the Arabian Peninsula. In Saudi Arabia, women have won greater freedoms under the leadership of Crown Prince Mohammed bin Salman.

The “movement against women in Kuwait has always been insidious and invisible but now it has come to the surface,” said Alanoud Alsharekh. She’s a women’s rights activist who helped start Abolish 153. She’s a group that aims to end a law, called Article 153, that provides low penalties for so-called honor killings of women. women.

In recent months, the Kuwaiti authorities have shut down a popular center for belly dancing classes. The clerics then asked the police to arrest the organizers of a women’s event called “The Divine Feminine”.

A court in Kuwait will soon hear a case seeking to ban Netflix after the service produced an Arabic-language film that some people found offensive.

“If defending the girls of Kuwait is backwardI’m honored to have called him,” he said.

These incidents have angered many Kuwaiti women at a time when there are no women in elected parliament. There have also been several recent cases of violent honor killings.

In one case last year, a Kuwaiti woman named Farah Akbar was taken from her car and stabbed to death by a man. He was later released on bail and told to appear in court later.

Anger over Akbar’s murder prompted parliament to draft a bill that would remove Article 153. The law states that a man who catches his wife committing adultery or its relative in “illicit” sex and kills his faces, at most, three years in prison.

Kuwait’s parliamentary committee, however, did not vote on the issue. He asked Islamic clerics in the state for a fatwa, or religious ruling, on the law.

The clerics decided last month that the law must be obeyed.

“Most of these parliamentarians come from a system in which honor killings are normal,” Sundus Hussein said. She is another founding member of the band Abolish 153.

After the 2020 elections in Kuwait, there was a sharp increase in the influence of conservative Islamists and tribal members, Hussein added.

Officials also called on clerics to decide whether women should be allowed to join the army.

The Ministry of Defense had said they could join last fall. But the clerics added requirements. Last month they ruled that women could only join non-combatant groups if they wore Islamic head coverings and got permission from a male guardian.

The decision upset many Kuwaitis who are used to the government not issuing rules on headgear.

Women’s issues seem to be the only issue social conservatives can agree on. The cabinet appointed by the ruler of Kuwait and his elected parliament cannot agree on the economy. A divided parliament failed to fix the country’s record deficit or pass economic reforms.

Two years ago, Parliament adopted a national law on protection against violence. But there are no government shelters for women or services for victims. Observers say violence against women has only increased during restrictions related to the COVID-19 pandemic.

Activist Hayat has little hope that the government will change anything for women in Kuwait. But she said that was no reason to give up.

“If there is a demonstration, I will show myself. If there is someone who needs convincingI will try,” she said.

I am Dan Novak.

Dan Novak adapted this story for VOA Learning English based on reporting by The Associated Press.

words in this story

yoga — nm an exercise system for mental and physical health

regress — v. revert to a previous and usually worse or less developed condition or state

insidious — adj. cause damage in a gradual or hard-to-notice way

national –adj. relating to or involving someone’s home or family

to convince— v. to make (someone) believe that something is true; to convince