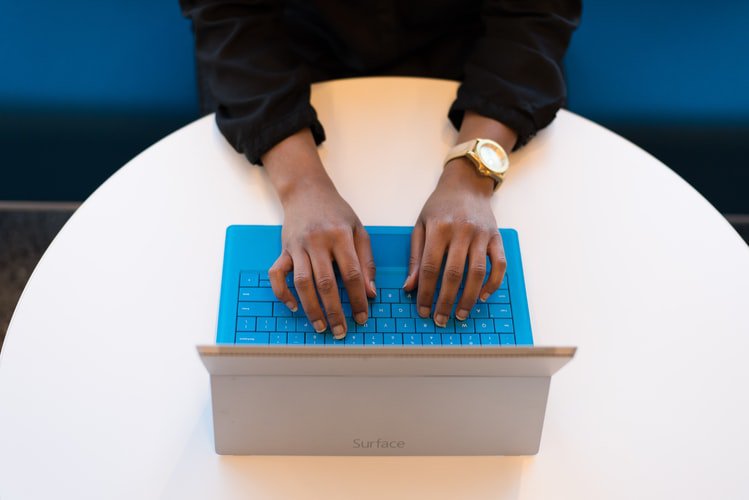 Black women play a vital role in human rights movements in countries around the world, but they do not always receive the recognition they deserve for their contributions. This gap is reflected online at sites like Wikipedia, where only 20% of the articles focus on women and even less on women of color since most of the site’s contributors are white.

One of the main obstacles to increasing the number of black women on Wikipedia is the site’s “notability” criteria that sparked debate in 2019, when an anonymous Wikipedia user deleted the Afro scientist’s entry. -American Clarice Phelp because he felt that she had not gained a page.

In recent years, several initiatives have aimed to add more women from diverse backgrounds to Wikipedia by giving volunteers the tools and information needed to create new articles. The WikiProject Women in Red is a group that tackles systemic biases on the platform, and WikiMedia Sweden, with support from the United Nations Population Fund (UNFPA), hosts an annual #WikiGap edit-a-thon on the occasion of International Women’s Day.

Here are seven African activists who champion issues related to the Global Goals that Wikipedia users would like to see added to the platform.

Sow was one of the 1,000 women nominated for the 2005 Nobel Peace Prize. Born in the Labé region of Guinea, she works as an advocate for women and girls with various NGOs, women’s associations, organizations of youth and interfaith organizations, as well as efforts to advance religious participation in national and international affairs with a focus on the Muslim community. Sow was the first president of the West African Women’s Associationa and was secretary general of the Union of Revolutionary Women of Guinea for 12 years.

Abdulmelik promotes the use of different art forms to raise awareness of inequalities and oppression. Born in Ethiopia, she has studied, lived, worked and traveled in over 30 countries around the world. Abdulmelik has worked with Pan-African women’s rights organizations such as FEMNET and the African Union with the African Governance Architecture Secretariat. She led the #JusticeForLiz campaign signed by nearly 2 million people worldwide to convict three rapists who raped and killed a 16-year-old Kenyan girl and encouraged conversations about sexual and gender-based violence in the media. While developing the Global Goals in 2015, Abdulmelik also advocated for the gender-specific Global Goal 5 to empower all women and girls.

Mukanirwa worked for the women’s rights organization Promotion et Support aux Initiatives Fémininesin the province of North Kivu in the Democratic Republic of the Congo, providing assistance to women through community projects. In the early 2000s, she was one of the few activists in eastern Congo to speak out against rape and was often threatened and arrested. Mukanirwa eventually fled to Canada to escape further persecution.

Akout’s parents forced her into an early marriage with her uncle at the age of 15 while living in South Sudan. She ended up escaping to Uganda and then to Kakuma refugee camp in Kenya, where she gave a TEDx talk about her experience in 2018. Akout also produced the album. Bado Mapema (It’s still early) with other young women in the camp who share their stories of child marriage. Today, Akout strives to continue to advocate against child marriage and for girls’ education by sponsoring and facilitating important conversations with young girls.

The late Murungi was an activist feminist artist and filmmaker who fostered collaborative, creative community spaces to promote social justice and peace. She has dedicated her life to improving LGBTQ + rights and women in Kenya. The former Africa program manager of OutRight Action International has worked to make the link between colonialism and homophobia across the African continent. Murungi was a founding member of the radical and multicultural collective of women of color at Rutgers University.

Ouédraogo is dedicated to promoting sexual and reproductive rights and the right to maternal health in Burkina Faso, which has some of the world’s highest rates of harmful practices against women and girls. President of the Association of Women for Development of Burkina Faso, AFEDEB, she facilitates community awareness to fight HIV / AIDS, violence and discrimination against women, female genital mutilation (FGM) and child marriage.

Mukansinga founded the non-profit organization MBWIRANDUMVA (“Speak, I’m Listening”) in 1996 to help support women who were displaced and lost their families during the genocide in Rwanda in 1994. A meeting with a young mother who was a genocide and rape survivor who tried to give up her child inspired Mukansinga to found her organization. MBWIRANDUMVA has helped thousands of women and girls receive therapy, financial support and vocational training.

You can join the Global Citizen Live campaign to end poverty and defend the planet by taking action here, and be part of a movement supported by citizens around the world who are taking action with governments, businesses and philanthropists to make a difference. .