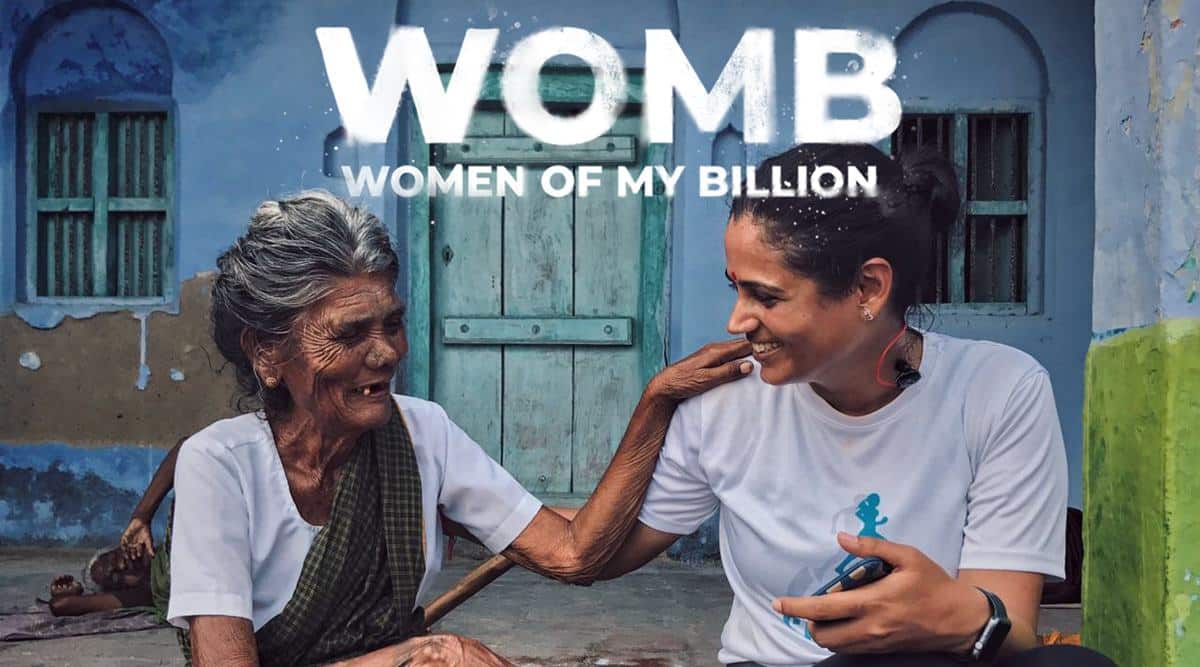 By: Jacquelyn J. Marks
In: Women movement
Tagged: based violence, gender based

Srishti Bakshi takes a long walk on the slate-gray tarmac with blue-gray skies as the weight of her distress mixes perfectly with the thoughtful strings of Tajdar Junaid in the documentary WOMB: Women of My Billion. At the end of 2016, Srishti was returning home from her corporate work in Hong Kong. Triggered by global conversations about India’s dangerousness for women, and inconsolable after news of the 2016 Highway 91 (Delhi-Kanpur) mother-daughter gang rape case in Bulandshahr, India ‘Uttar Pradesh, miles from her home in Delhi, she decided not to be an armchair activist. A fatigue had set in among her friends and cousins, each time she spoke to them of rapes in India. Srishti came home for a long walk.

🗞️Subscribe now: get Express Premium to access the best election reports and analysis🗞️

“In an ideal world, this conversation about safety, women’s empowerment and gender parity should be happening in every home, but it’s not. So privileged people, like us, feel that our privilege is also our responsibility,” she says of the film.

For 230 days, 3,800 km, from Kanyakumari to Srinagar, on foot, in 2018, she met women from different backgrounds, united in their ordeals of gender-based violence. It became a movement, called CrossBow Miles, amplified on social networks. Often women would join her for night walks. Srishti’s walk and encounters were made into a feature documentary by director Ajitesh Sharma and producer Apoorva Bakshi, the latter co-produced Netflix Original Delhi Crime, a show born out of the 2012 Delhi gang rape, which earned India its first Emmy web-series in 2020. WOMB… had its world premiere at the Bagri Foundation’s 12th London Film Festival in June last year, and is now airing for 48 hours, until 7 March (noon), as part of the gala premieres at the 22nd Jio MAMI Mumbai Film Festival Online Screenings.

A scene from the documentary WOMB: Women of My Billion.

The film intersects the stories of rural women and three urban women, whose specific stories tie together the overall narrative of India. Pragya Prasun is an acid attack survivor, Sangeeta Tiwari is a widow who has not been allowed to make decisions about her own life for 35 years, and Neha Rai is a survivor of domestic violence and marital rape. They have been victims of sexual abuse by their uncles, their teachers or their husbands (India has still not criminalized marital rape). Ripping out their life, they chose a worthy life, for themselves and for others. President Prasun’s laureate founded the Atijeevan Foundation to support survivors of burns and acid attacks, Tiwari, a military doctor, raises awareness among young girls in Rajasthan.

When Srishti was passing through Delhi on her walk in 2018, she went to meet her cousin Apoorva and Sharma, the latter was an assistant director on Delhi Crime, which was filming the Netflix show in Delhi. Sharma was “shocked, amazed” upon hearing Srishti’s stories and seeing the images. “The thought has not left me. I told Apoorva there should be a movie, I was very attached to that,” Sharma says.

“The goal was actually not to make a documentary. It was documentation,” says Srishti. Apoorva had sent a camera crew to record the march. “Apoorva told me that documenting was very important, because it’s 230 days, you don’t know what will happen at that time, sometimes you will forget and we should not forget the women I will meet, what they would communicate to me,” adds Srishti, who was led by an army of people, including her father, a former army officer, who planned the march; the state apparatus facilitated, as did the helping companies to impart knowledge and digital financial tools to women who have had no formal education.In 2017, Srishti was endorsed as a UN Women Changemaker and began her year-long walk.

“This is my first involvement in a movement,” says Sharma, who received 1,000 hours of footage, with more than 300 interviews with women. He had to shortlist, find the main stories that would “represent a broad spectrum”. The goal of the march is “to address issues, to listen to women, because a 230-day march will not solve centuries-old problems.” The least I could do as a filmmaker was approach everything I could through my art form. The idea was to incorporate the stories of Pragya, Neha and Sangeeta into the workings of the systems, to make it more relevant. I can watch this movie in the future, say 2030, and it would still be relevant,” adds Sharma.

A scene from the documentary WOMB: Women of My Billion.

Change doesn’t happen overnight. “We showed the women success stories from their own communities. For example, how a school dropout, survivor of domestic violence, walked out of his house with two daughters, consumed every American salon artist haircut video on YouTube, for over five years, and opened three shows by itself today. Another girl, Neelam, who used to sell clothes on WhatsApp, now runs her own shop in Kanyakumari,” Srishti says of ..about WOMB, which is a quiet listening urgent film. The stories overlap, the fates shared by women, and as a result, the narrative tries to bridge the crucial gap of privilege between two Indies – urban India and rural Bharat.

“It’s a campaign, a movement, which is more than this film. It is a representation of outcomes, of the ability to get women talking about their survivor journey and motivating others out of their dilemmas,” says Apoorva. The film is a topic of conversation and “it’s important for men to see women’s stories. As a man, I have to address the issues, not remain ignorant or unaware of the violence that surrounds us,” adds Sharma. According to the film, 99% of sexual violence cases go unreported in India; a father still struggles to get justice for his wife and daughter – the Highway 91 case is still pending before the CBI.

“Every woman has a story of suffering. Maybe not a violent episode like Pragya’s, but even issues like not investing in girls’ education,” says Srishti, who says in the film that “women’s empowerment is not even a concept for BPL families (below the poverty line)”. She met a mother of four daughters, her youngest was gang-raped and burned alive. Despite her daughters, she weeps for being a widow and childless. “It’s all about money, and it’s all about dowry,” Srishti says in the film, “Dowry is the biggest problem. Because if you have to pay for a girl, she’ll always be a liability.